Ragged Robin (Kay (Chalis ?)) has a powerful psychic implant in her head that amplifies natural psychic abilities. She is also a skilled occultist, particularly in the field of fortune telling. She is not very highly trained in armed or unarmed combat.

Recently Rags became leader of her Invisibles cell, and she is becoming more confident in her role.

Ragged Robin was selected to travel back from 2012 using a time machine invented by Takashi. He would learn how to build the time machine by meeting Robin in 1997. Robin was sent back with the purpose of “saving the world”. Once back in time she met Mason Lang who recruited her into the modern-day Invisibles.

Recently while breaking free of Mr. Quimper’s mind control Rags got “infected” by Quimper. The blackguard believed he was taking control of her. In reality, Robin had detected the intrusion and had set up a sting for Quimper.

Robin hopes to use her repaired or rebuilt time machine to return to the future. Once then, she’ll try to prevent the greater Archons from killing her friends.

It is also possible that the entire story of The Invisibles was written as fiction (which perhaps in this case shapes reality) in 2005 by Robin. Her goal was to get noticed and recruited by the actual Invisibles.

Ragged Robin is a very attractive young woman in her early 30s. She has long curly red hair which she sometimes wears small black bows in. She used to wear flowing loose outfits but upon becoming leader of the cell has taken to wearing shiny black leather gear.

At almost all times she wears white clown make-up on her face with bright red dimples.

Ragged Robin has become a lot more sure of herself recently. She used to be very flighty and whimsical but is now much more grim and determined. 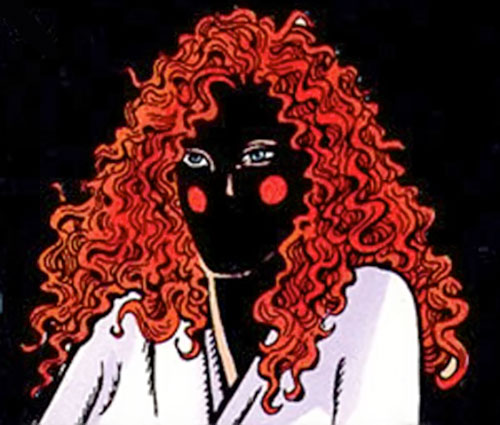 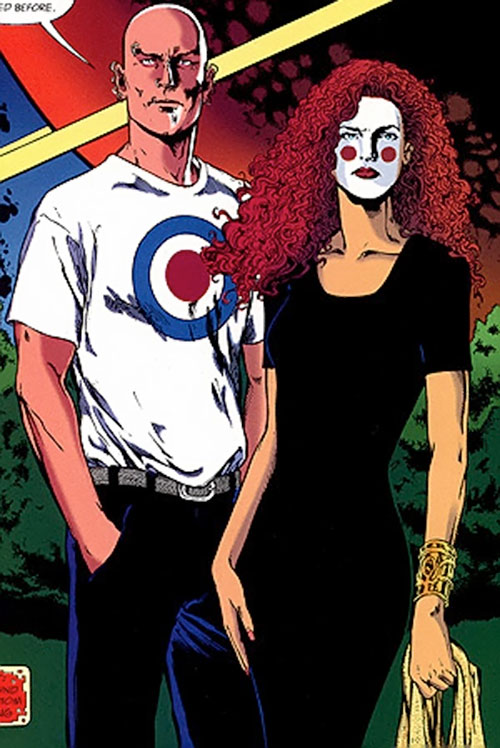