Rampage is a powerful, raging giantess who can credibly trade blows with the like of Superman or Supergirl. She can outrun a sports car, and make vast leaps.

Kitty Faulkner acquired her meta-human powers while she was working to develop a new pollution-free energy source for a competition sponsored in part by the Metropolis Daily Planet. Dr. Faulkner was showing her installation to reporter Lois Lane, when Dr. Thomas Moyers, a colleague arguing about potential dangers, melodramatically shut down its safety systems.

In the resultant explosion, an unknown amount of raw energy was discharged into Faulkner. Miraculously, she was not killed. Instead, her body absorbed much of the force and was stimulated to store additional energy — particularly solar radiation — at an unusually high rate.

As a result, Faulkner was transformed into a giantess, swiftly gaining weight and mass and correspondingly superhuman strength. Her facial features, skin, and hair color were affected as well, and the surge of energy through her body also affected her mind, causing her to become uncontrollably angry and destructive.

As the maddened giantess tore through Metropolis, one radio pundit called her Rampage, and the name stuck.

Superman confronted Rampage, enduring a number of devastating punches. But he was eventually able to draw off her excess energy into his own body, in much the same way his cells ordinarily absorb solar energy. Superman then flew into a raging stormfront, where he made use of lightning to discharge the excess energy.

Kitty appeared to return to normal, apparently suffering no permanent damage. But after a few months, Dr. Faulkner began to experience side-effects from her energy exposure.

Her body began to weaken; she was dying. It was at this point that Dr. Moyers reentered Kitty’s life. Moyers had discovered that the initial explosion had caused Faulkner’s body to undergo a radical metamorphosis. She now required a certain controlled exposure to solar and cosmic energy in order to maintain her health and vitality. 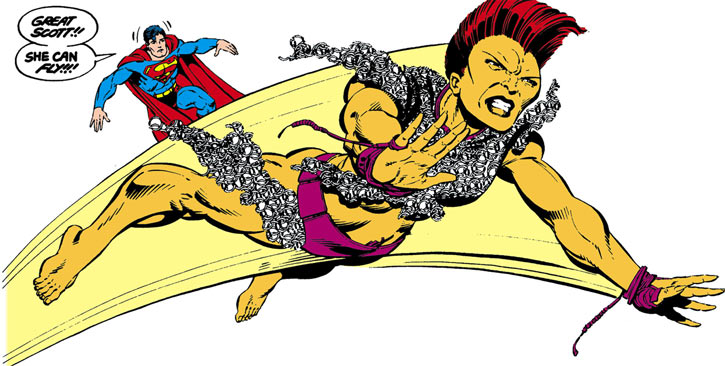 To that end, Moyers designed a regulator collar, supposedly to maintain the proper amount of exposure. But Moyers had another motive. With the regulator in place, he was able to again transform Kitty into Rampage… a Rampage whom he could control.

Moyers used Rampage to sabotage the political campaign of presidential hopeful Herbert Forrest. Senator Forrest was a former patron of Moyers, and both had been involved in so many shady deals that Moyers did not dare participate in any public exposes.

Night after night, Rampage made forays against the Forrest campaign. Finally, Superman discovered what was going on, and helped Rampage free herself from Moyers’s hold.

Moyers went to jail, Forrest gave up his presidential bid in order to answer several major indictments, and Dr. Faulkner — her health restored and her powers now firmly under control — accepted a position with S.T.A.R. Labs.

Kitty’s talent for administration as well well as research earned her a transfer to S.T.A.R.’s new laboratory in Phoenix, Arizona. There, she befriended the youthful Starman. She helped him a number of times, sometimes in her Rampage identity.

Rampage was growing more accustomed to super-heroics, and may have begun developing a relationship with Starman.

However, due to cutbacks, Dr. Faulkner’s Phoenix assignment was terminated. Some time later Starman V was lost in space.

She returned to Metropolis, to take part in the major reorganization of S.T.A.R. Labs necessitated by the recent destruction of the corporation’s main laboratory and administrative facility.

Rampage was later split from her Kitty Faulkner identity in a bizarre effort by Satanus to take control of the soul of Metropolis. She soon became whole again thanks to Superman’s involvement.

Rampage’s most recent appearance I’m aware of happened when she discovered her personal assistant of some months, Christine, had abused her trust to embezzle funds using her signature. Feeling betrayed, distraught and powerless, Kitty turned into Rampage. But when confronted by Superman and Supergirl, she proved to be unable to commit murder.

Kitty Faulkner is a petite brunette with glasses. Initially she has a terrible haircut, but she has since changed to long hair and lost some weight – she now looks a bit like an older, less striking Kitty Pryde.

Rampage is a muscular, orange-skinned brute with a red mohawk and a sort of damaged chainmail suit.

Kitty Faulkner is a nice, shy, emotional scientist. She’s a competent administrator, and has even proven able to handle quasi-military coordination in crisis situations. She’s a bit lonely and quite affectionate.

Rampage is a destructive, brutal behemoth. She feels that puny Kitty is way too starry-eyed and trusting and nice, and that this rotten world needs a good kick in the pants so it will stop being so damn abusive. She has proven she wasn’t actually a killer, though – and if she has enough of a reason (like her crush on Starman) can fight for good.

Handling her is likely to require some skillful diplomacy, though.

“It’s never going to end ! Not as long as there’re gullible fools like Kitty Faulkner to believe in and trust people !”

Drawbacks:
Alter-ego (uncontrollable, diminished), Creepy Appearance, CPR (Rampage’s Energy absorption can cause her death by imbuing her with too much energy – the threshold for this is unrevealed).

A sunny day is usually enough for Rampage to get about 7 APs of energy in her reserve in a few minutes. It will then take her hours to gain a further 3 APs or so – but she usually depends on finding artificial energy sources to increase further. A very gray day would only bring her 4 APs or so in her initial powerup, and a night transformation 1 AP.

Helper(s): History from the DC loose leaves Who’s Who. 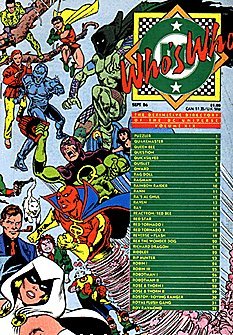 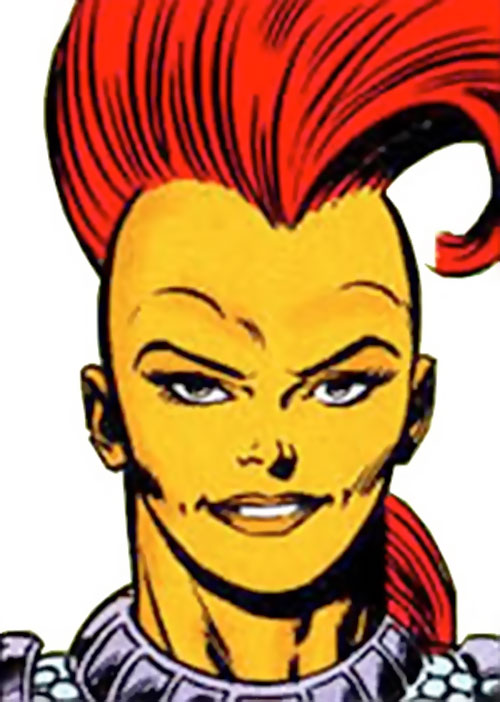 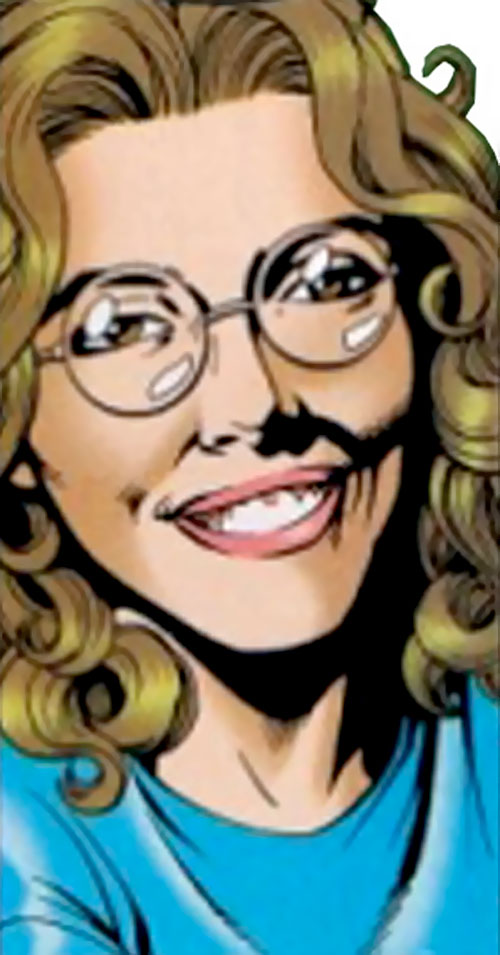 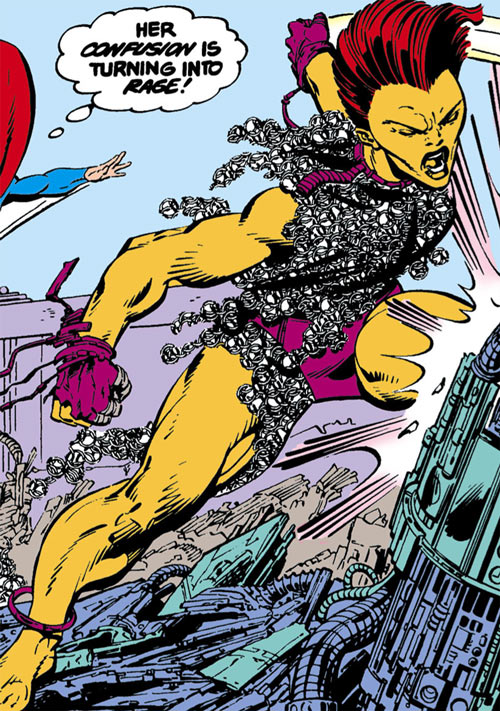 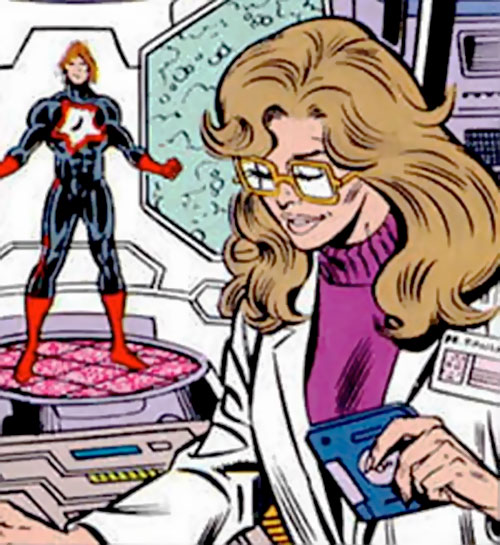 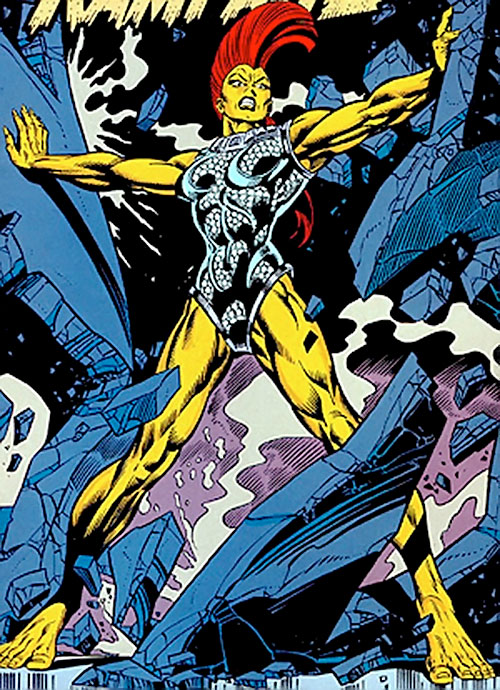 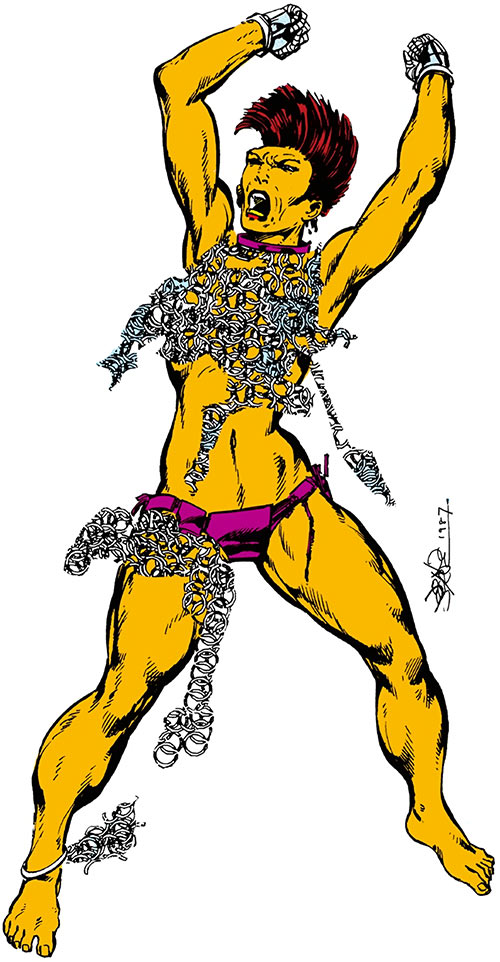