Rampart is capable of projecting strong shields of force, and has been shown to maintain at least ten at a time. He has also displayed the ability to turn them into full force fields, and to produce them in other shapes if necessary.

Jaffar Ibn-Haroun Al-Rashid was born a prince on a world with an Arabic culture. He was forced to flee it when the Rapture, an invading hive mind from another dimension, gained almost complete control of the planet. Rampart was rescued by the Sovereigns, and joined their team.

Like the rest, he came to live and work on Earth, at the Crossroads Coffee Bar. Jaffar helped fight the Female Furies of Apokolips, then Zelus, Bia and Kratos.

They protected their new home from extraordinary threats, such as Dystopia, Deadline, and the super-powered serial killer Skin Dance. The latter an old enemy of Crossroads’ sheriff, Molly Savoy, who had befriended the Sovereigns. They also discovered how the transdimensional  doors within the CC Bar worked.

Sovereign Seven member Network let herself be captured by Chimera to infiltrate the Shogun crime cartel. This worked. But Zelus, Bia and Kratos then returned. Though they have previously tried turning Cascade into their fourth member as Nike, they now had enchanted Power Girl to fill this role. But the Seven prevailed and freed her.

Soon afterwards the Sovereigns were asked for help when power-seekers released The Gatekeepers of the Abyss. While fighting The Gatekeepers Rampart’s shields did not prove strong enough, and he was killed by a blast, his body obliterated.

Following his funeral, however, Finale encountered him in a crowd at a New Orleans Mardi Gras, and set herself on a quest to find him.

Rampart is charming, and makes friends easily. He tends to be formal, but enjoys life, and is loyal to his friends.

“I deny you, madman, and deny your faith ! There is no god but Allah, and Mohammed is his prophet.”

“Whatever happens, I’ll come back for you. On my honor as a prince of the blood, everything will be all right.”

“If you don’t believe your eyes, Leilani, listen with your heart.” 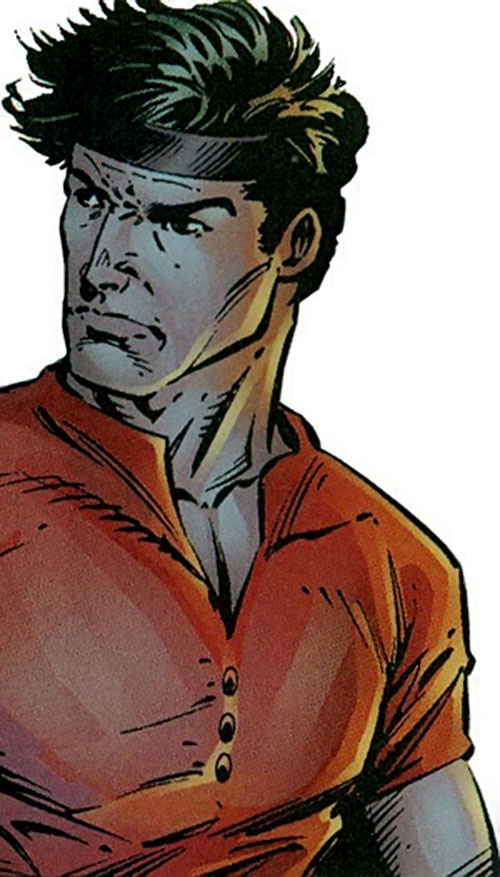 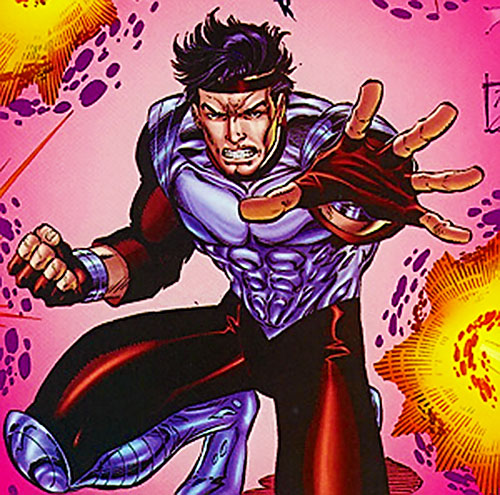 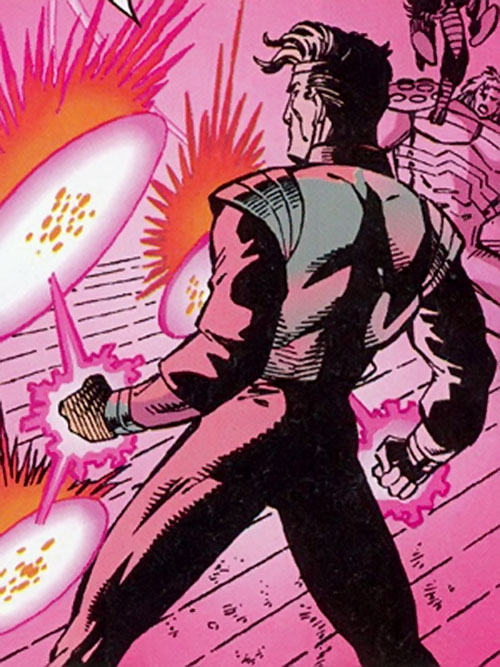