Ramrod is a superb brawler and athlete, with superior strength and aggression.

He received a new skeleton made of steel, his muscles were enhanced, and several areas of his body were rebuild using steel plating. This grants him “Class 10” strength, as well as minor superhuman jumping ability.

Durability-wise, his track record is contradictory. Super-heroic human fighters can hurt him by striking at less protected spots, but even superhuman strength levels below Ramrod’s own will have difficulties landing telling hits.

Ramrod favours charge attacks, body rushes and the like. He also considers it a plus when he gets to destroy random stuff across the battlefield.

Moondragon equipped him with a radiation detector, but it was calibrated to allow Ramrod to track one specific radioactive marker.

Ramrod was a foreman on an off-shore oil rig. His nickname came from his merciless brutality, and his habit of pushing the men under his command harder than is reasonable. One day, a full oil drum fell on him, crushing every bone. He miraculously survived, but was now fully crippled.

(There is ample reason to suspect that the falling drum wasn’t an accident.)

He then woke up inside a spaceship. Ramrod was one of three men turned into superhumans by Moondragon, along with the Dark Messiah and Angar the Screamer. As the mysterious “Madame McEvil”, Moondragon sent them after Daredevil (Matt Murdock) in San Francisco. That was because she had been tricked into thinking Earth was secretly under the sway of Thanos.

Ramrod refused to obey. But “McEvil” told him he had been poisoned, and would only get the antidote if he followed orders.

Oh, we got both kinds. We got country *and* western.

Ramrod then moved from Frisco to New York City. There, he became a regular at a Brooklyn bar called Mickey’s. He applied for a position as a country music singer at Mickey’s, but didn’t even get an audition.

The vicious, petty Ramrod craved vengeance. He blackmailed an Empire State University chemistry professor into providing him with a poison that would make people act crazy before killing them. Then he used the chemical to spike the beer at Mickey’s.

However, ESU student Peter Parker intervened in time to save the patrons. As the amazing Spider-Man, he defeated Ramrod using an electromagnet crane at a nearby junkyard.

During the 1989 Acts of Vengeance  conspiracy, Ramrod fell under the influence of one of Doctor Doom’s aggression enhancer. He thus attempted to attack the Fantastic Four. However, this technology makes people far slower and clumsier. The effect was so pronounced on Ramrod that he somehow knocked himself out in a fall.

Get in the ring !

In 1993, Ramrod was part of a fighting event organised by Batroc during a huge AIM weapons expo. It was a series of ring matches against Crossbones. As it happened Captain America (Steve Rogers) was impersonating Crossbones. He only narrowly won against Ramrod, using vicious blows to the least armoured parts of Ramrod’s body, such as the eyes.

In 2008, Ramrod was glimpsed in a Bar With No Name in New York City. When Spider-Man came in, a brief brawl erupted. The bartender demanded that it stop, and the patrons complied. None of them had a genuine reason to get into a full-on fight against Spidey.

In 2013, Ramrod was likewise glimpsed in a secret casino for super-villains. He made some terrible attempt at flirting with a disguised Domino (Neena Thurman), who told him off.

Ramrod is a big muscular bruiser, with 220 pounds of enhanced flesh and 80 pounds of metal. Various parts of his body are visibly made of steel, including his head (save for his face and ears), the upper part of his chest and back, part of his arms, and two heavy, integral brass knuckles.

He just wears a broad black leather belt, green trousers and work boots. The brown costume was only worn during the second clash with Spider-Man.

Ramrod may have had his “body bolstered and rebuilt by gizmos from another planet”, but he’s a jobber . He’s daft, arrogant, brutal, petty and small-minded. Not necessarily in this order.

Ramrod was not initially a cold-blooded killer. He refused to commit murder. But by the time of his second clash with Spider-Man he was willing to murder dozens of innocent to enact petty revenge.

Ramrod is a big country music fan. He fancies himself an excellent country singer. On the other hand, his grammar and diction are terrible.

“You’re nothin’ — just a wisecrackin’ bodybuilder in a halloween mask ! Me, I’ve had my body bolstered by gizmos from another planet ! I’m a cyborg, pal — one of the first ! Part man, part machine !”

Ramrod is one more thug with a gimmick. He could be a good foe for a human character, and could easily be used as a part of a small army of low-powered super-criminals.

Bonuses and Limitations:
Acrobatics (Climbing) is a Powered Skill that is Contingent Upon STR. If the surface he wants to climb is too tough for him to punch handholds and footholds into (say, solid steel) Ramrod can only engage 3 APs of Acrobatics (Climbing).

These stats do not take X-Men #38 (2013) into account. It was one or those terrible things where a random assortment of villains are portrayed as having the same capabilities as your average pub patron, and are knocked out en masse.

The lack of Impervious Toughness does much of the heavy lifting to represent his inconsistent durability. 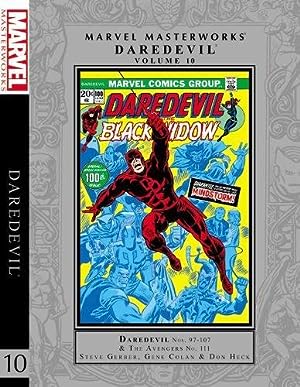 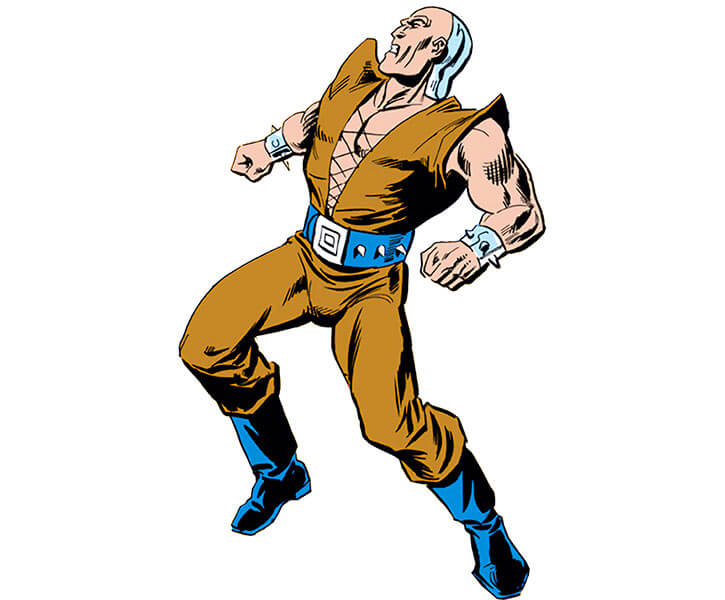 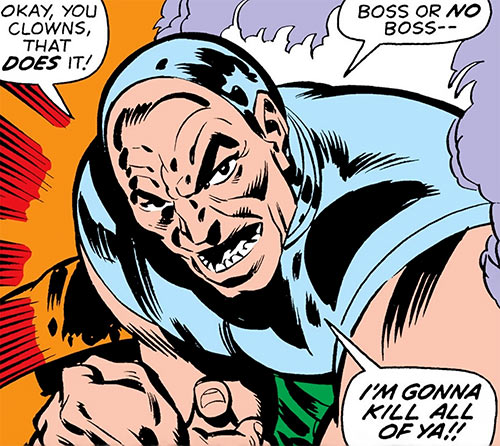