Ranagor is a capable fighter and equestrian, and quite courageous.

Although he’s not super-muscular, he’s very tall. His strength is impressive.

Ranagor lives in an unnamed dimension , in an area dominated by the medieval city of Chaldonor. The cruel Chaldonorians regularly sent flying boats outside to capture beasts and men to throw into their arena. This often brought war with the neighbouring tribals.

Prince Ranagor is one such tribesman – the son of King Zangor of North Ambria. Although the Chaldonorians called them barbarians, the Vikings-like Ambrians and other tribals did not seem any less civilised than Chaldonorians.

Ranagor was spotted by a Chaldonorian skyship while he was on a scouting mission, and captured at the cost of three Chaldonorian soldiers’s lives. Another prized fighter was soon captured – Princess Diana of Themyscira, who had become accidentally stranded in that dimension. The two captives ended up in the same cell after Diana attempted to rebel.

The pair escaped from their cell, but the only way out ended up being the arena. After killing a gnarth and roughing up the Queen, the pair managed to flee. They met up with an expeditionary force sent by Ranagor’s father to recover his son. 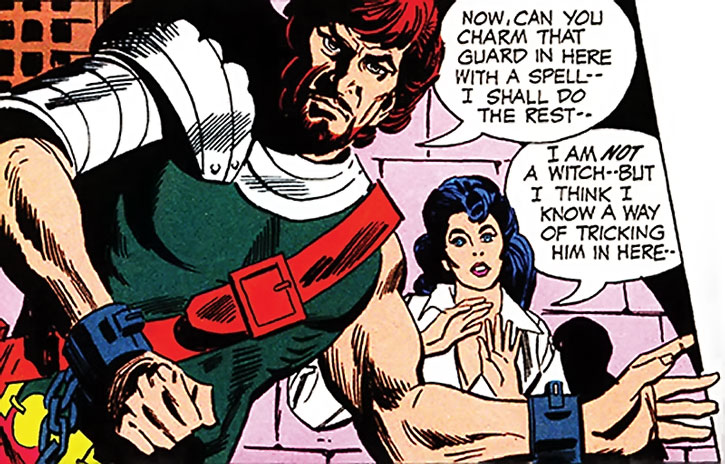 War erupted between Chaldonor and North Ambria and their allies. But it didn’t go well, as the Chaldonorian fortress Castle Skull was pretty much impregnable. Ranagor’s people took heavy losses.

Thankfully, their honoured guest Princess Diana had a number of black powder canons built, potent enough to breach the walls. A counter attack by flying Chaldonorian ships was also met with cannon fire. Despite theses successes, Castle Skull remained a tough nut to crack due to its successive layers of walls. Thus, the next assault was also a failure.

Using cannons protected by wheeled shields, the Ambrians breached the second wall. But by that point both forces were terribly spent, and it looked like the victory was about to be won, by default, by the defenders.

Diana decided to change tactics and challenged the opposing forces to a duel of champions. She and Ranagor were the Ambrian fighters. The Queen and her champion, one Thang, meeting them in the field.

Ranagor fought Thang. Although Thang caught the Ambrian prince flat-footed by throwing his mace at him, Diana took out Thang’s horse with the flat of her blade. That allowed Ranagor to recover and vanquish Thang. Diana engaged the Queen, who fled to safety. Her cravenly flight wrecked the morale of the defenders, giving the barbarians the upper hand.

Diana had a chariot packed full of black power. She drove a team of horses towing the chariot straight at the last door of Castle SKull. Cutting the horses loose at the last moment, she succeeded at taking down the last defences. This cleared a path for one last Ambrian onslaught that took Castle Skull down once and for all.

Ranagor and Diana vanquished the last captain of the guard, and the evil Queen was tried and sentenced to exile.

Diana then departed with Amazons who had arrived. Ranagor’s dimension was never seen again and nobody — nobody ! — knows what he’s been up to.

Ranagor is your typical heroic fantasy good prince and professional fighter. He fears beasts and elements far more than he fears any man. At one point, he would rather have fought dozens of men and died than take a scary jump into water.

He’s not the sharpest shed in the tool, but this manifests as lacking initiative and creativity rather doing stupid things.

Ranagor’s culture, while faintly similar to Vikings, is rather macho. They think that the very idea of women warriors is a joke. At first, Ranagor thus preferred to think that Diana was a witch. But he was easily won over by Diana’s bravery, quick mind and extraordinary combat prowess.

Although he remained chivalrous, he quickly came to consider her a peer, which most of his compatriots had trouble doing.

Ranagor’s height tends to vary from one issue to the next. In this writeup he’s very tall, which is how he originally appeared.

If for some reason you prefer issues where he’s not that tall, drop the Growth, one AP of STR and the Appearance Drawback. 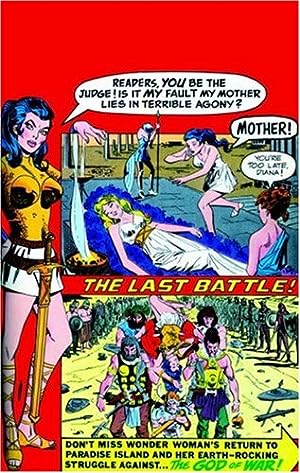 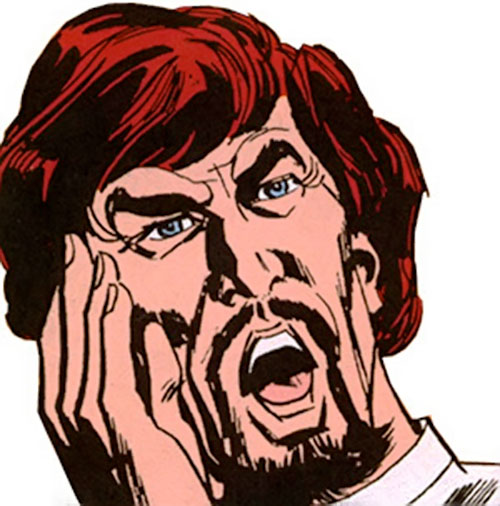 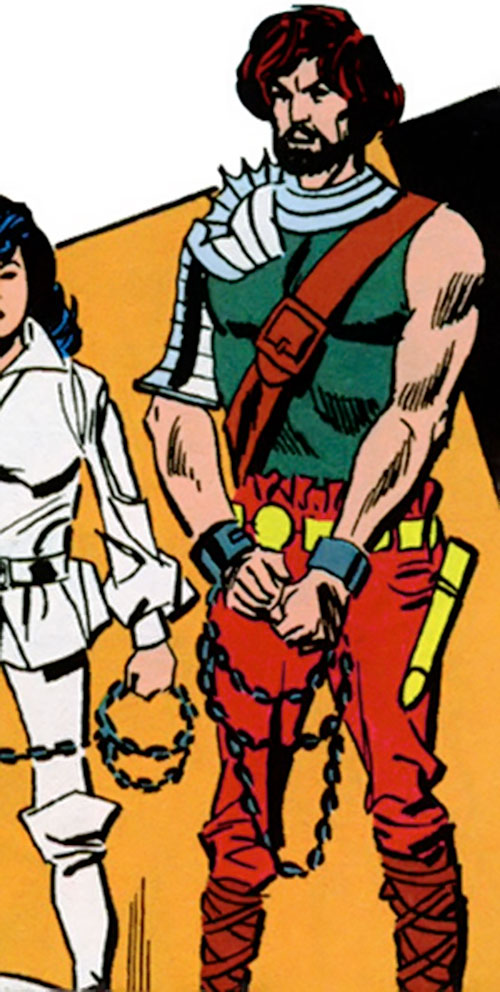 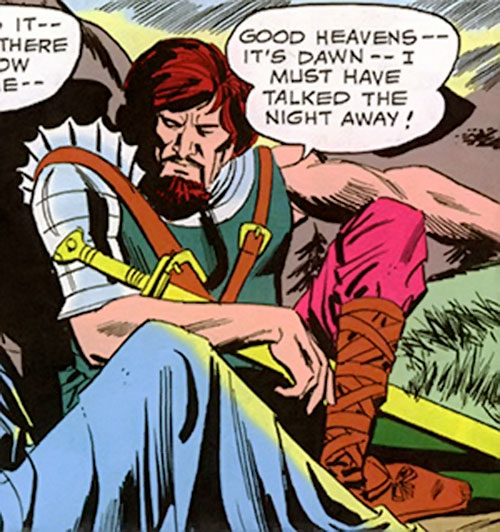