Raoul Bushman is very big and very scary. And he can back the scariness up with lots of physical strength, brutal ferocity, extensive combat skill and experience and a complete ruthlessness.

He’s like a cross between Rambo, a cinematic terrorist bad guy and Piranha Jones. He wields a machinegun like most people wield an assault rifle.

Although he could best Marc Spector and is a holy terror for most people, Bushman is no match for a superhero like Moon Knight.

Bushman once led a team of mercenary soldiers fighting rebel forces in the Sudan, south of the Egyptian border. He had developed a formidable reputation as a merc using ruthless but effective methods. To insure instant recognition, Bushman bleached and tattooed his body to make the distinctive markings he now wears.

Bushman’s second in command at the time was an American named Marc Spector. Spector became appalled at the atrocities Bushman’s men committed. He resolved to leave his employ at the earliest opportunity.

Bushman discovered that American archaeologist Dr. Peter Alraune, Sr. had discovered the tomb of the pharaoh Seti III. Bushman attacked the town and stole the treasures Alraune had already found. Correctly fearing that Bushman would melt the relics for the gold, Alraune attempted to kill him. Spector stopped Alraune, only to see Bushman slaughter the archaeologist.

Spector found Alraune’s daughter Marlene and helped her escape. However, Bushman ordered the slaughter of the villagers. Spector protested, and Bushman knocked him out. He then left him in the desert to die. Spector survived the ordeal and eventually became Moon Knight.

When the war in the Sudan cooled down, Bushman came to the U.S. as a terrorist and thief. During his gang’s criminal rampage, Bushman fought the Moon Knight and discovered that he was Marc Spector. Bushman was defeated and fled the U.S.. He then decided to settle down and return to his homeland of Burunda, a former Portuguese colony.

In Burunda, he used his military skills to take power. He then used his tactical skills, military expertise, and sheer ruthlessness to coalesce his power and build Burunda into a local military power.

As the head of a sovereign nation, he also gained diplomatic immunity from arrest for his past crimes. This aided his plot against Moon Knight, when Bushman came to New York City and kidnapped Marlene Alraune. He demanded a $10 million ransom, the money ostensibly going to fill Burunda’s anaemic treasury.

Although Spector had the money, he had no way of immediately raising it. Instead, he chose to rescue Marlene. As Moon Knight, he pursued Bushman and Marlene back to Burunda. Moon Knight and Bushman fought a duel in the courtyard of Bushman’s presidential compound, and Bushman lost.

The defeat has cost Bushman some of his fierce, invulnerable reputation, but not enough to threaten his position for long. Despite a coup attempt, he still sits in Burunda, venting his anger on the populace.

Although his teeth have been filed into points to look scarier, Bushman rarely uses them in combat.

Bushman is a caricatured African version of Stalin, with a caricatured hypocrite discourse. He describes himself as a champion for the Third World, benefactor of the people and noble warrior while he’s obviously the exact opposite of those.

He is a complete butcher, pumped full of bloodthirsty cruelty. He revels in his caricatured massacres of innocents perpetrated for no clear reason. He’s pretty good at mixing paramilitary, criminal and terrorist tactics.

Likewise, Burunda is a caricatured banana republic full of corruption, caricatured shifty-eyed Black guys with lousy uniforms, a tin pot dictatorship feel and AKs. Armed forces include one plane, two helicopters and a few light armoured vehicles, but the soldiers are likely to flee while yelling “Miss Scarlet ! Miss Scarle…” Uh, no, wait – maybe not that one.

Oh, and it takes all of two White guys to defeat the country and plunge it in turmoil.

“Do you see this sword ? It is the traditional weapon of my people. Defeat me and the woman is yours.” 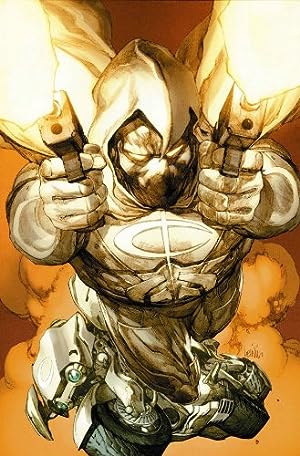 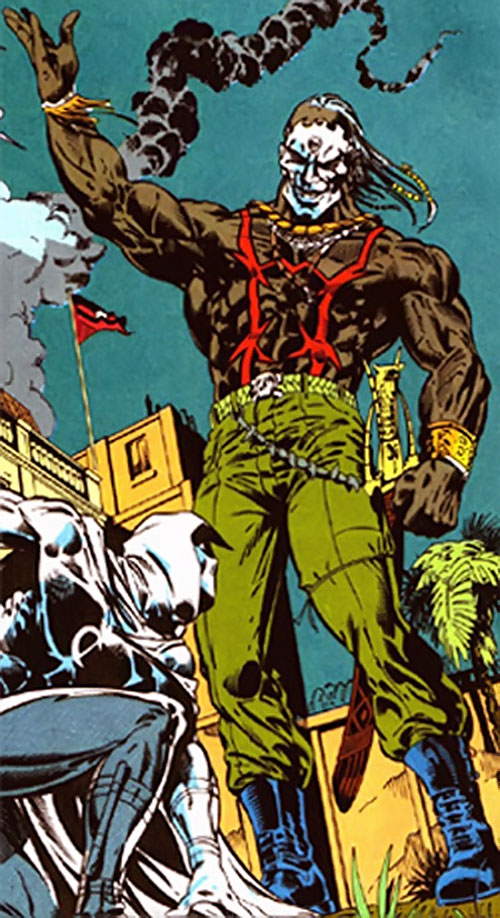