An agile and relatively skilled combatant, Rascal’s main asset is his scarf. It can reshape itself at his mental command into virtually any shape, altering its material strength and volume within unknown limits. Examples have included:

Rascal is skilled at using the scarf as a weapon in a number of forms, and is also a capable pilot.

He shares a mental link with Nikita, which allows each of them to sense the other’s whereabouts.

It has not been revealed where he acquired the Scarf, or what the source of its power may be.

Rascal met Nikita while in college. Their instant mutual attraction quickly deepened, with an unnatural mental bond forming. They would later learn was due to Nikita’s heritage. This relationship was frowned upon by Nikita’s father, the reclusive technologist of dubious international repute, Mars Dragonryder. This led Nikita to want nothing to do with her parents.

The pair gathered a group of super-powered misfits around them, which they called Strikeback. It was formed more as a mutual defence pact than a proper team.

While Rascal and Nikita were celebrating her 25th birthday on the rooftops, they were attacked by mercenaries hired by Nikita’s parents. The mercenary Doberman managed to get away with Nikita while his flunky Rottweiler battled Rascal. Rascal won with the help of Midnight Devil, who happened to be passing at the time.

The pair followed the trail as best they could. Before leaving Rascal tasked Pandora, the team’s super-powered cat, with summoning the rest of the team.

Finding the local warehouse used as a staging ground by the mercenaries, they burst in to find themselves surrounded by a small army of thugs. But they managed to hold their own until the other members of Strikeback (Purity, Sherman, Short Fuse and Jade Cobra) arrived. 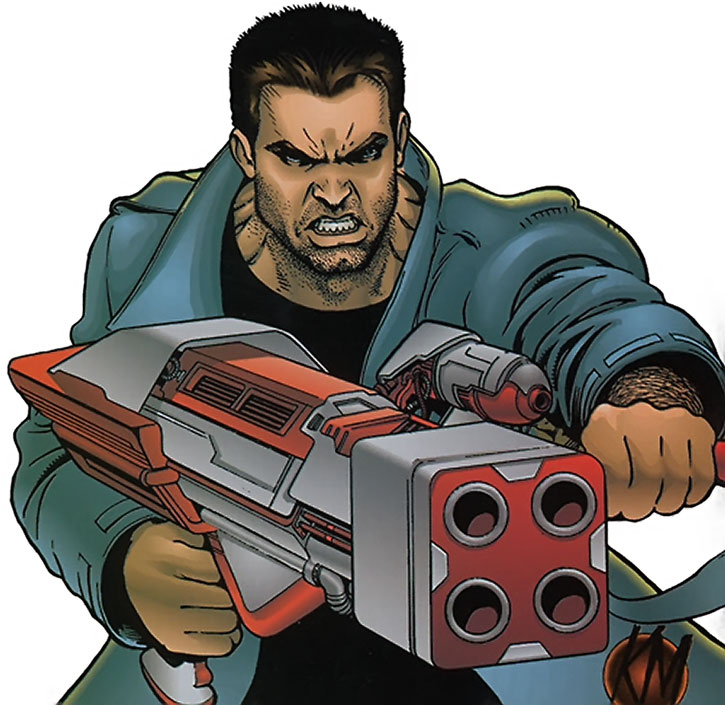 They weren’t in time to rescue Nikita. They didn’t catch up with her until they reached Dragonryder Island, her parent’s home. They managed to break in, Sherman being familiar with the place as he’d worked for Dragonryder before his accident, after their attempt at a stealthy approach failed.

After clashing with more of Dragonryder’s mercenaries, they learned that the Dragonryder family had come from another dimension .

They had been forced from their home by Monster X, a gigantic tyrannosaur, which was itself prevented from reaching this dimension by technology on Dragonryder Island. Technology which was depowered when Rascal had Short Fuse fry the island’s electricals as part of their assault.

Reluctantly teaming up with Dragonryder’s forces, they managed to deal with Monster X, but not before it had killed Sherman. The fighting done, Nikita announced that she’d be returning to her home dimension with her parents to find out where she’d come from. But she promised to return.

Easygoing and impulsive, Rascal enjoys the carefree life of adventure he’s found for himself. His charming demeanour allows him to make friends easily, and he’s usually flippant in even the most stressful circumstances.

The only time he gets upset is when Nikita is in trouble. A reaction which may be, in part, due to the mental link they share.

“Mars ! Come on down here and receive your long overdue butt-whippin’ !!”

Strikeback are a group of New York based heroes who operate with relatively low profiles. For a variety of reasons, have never been affiliated with any of the more well known groups. They’ve occasionally taken part in some of the larger events with the other groups, but have otherwise had little to do with other groups.

Apart from a situation with the JLI, when Pandora was searching for her wayward younger brother, who’d taken up residence in one of their embassies. The two groups parted on relatively amicable terms (apart from Gardner).

Rascal is a legacy hero. His scarf is a family heirloom used by the original Rascal during WWII. He operated as a little known NY-based hero, who once attended an All-Star Squadron meeting.

The scarf’s origin was never passed down with it, although a couple of powerful mystical types have looked askance at it, but trying to get information out of the Phantom Stranger proved frustrating for Rascal.

He has been approached by the most recent incarnation of the JSA, but declined their offer, preferring to operate with Strikeback. 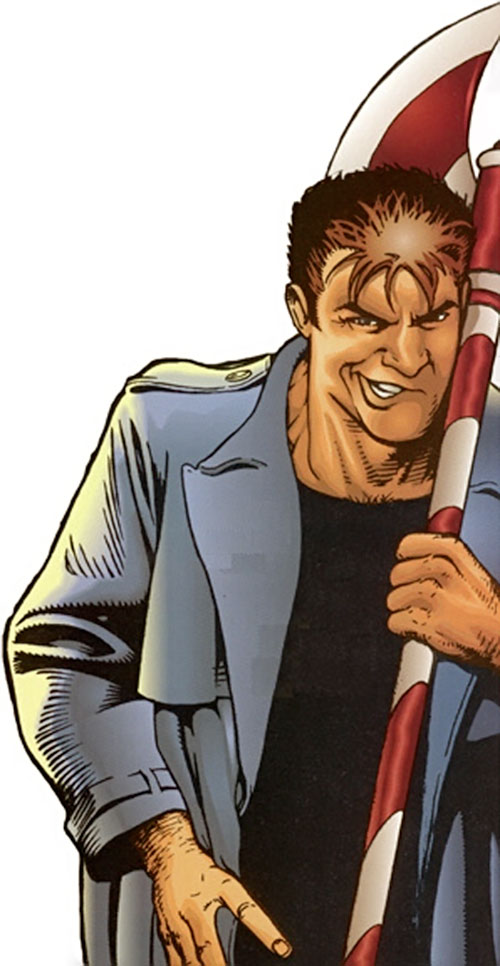 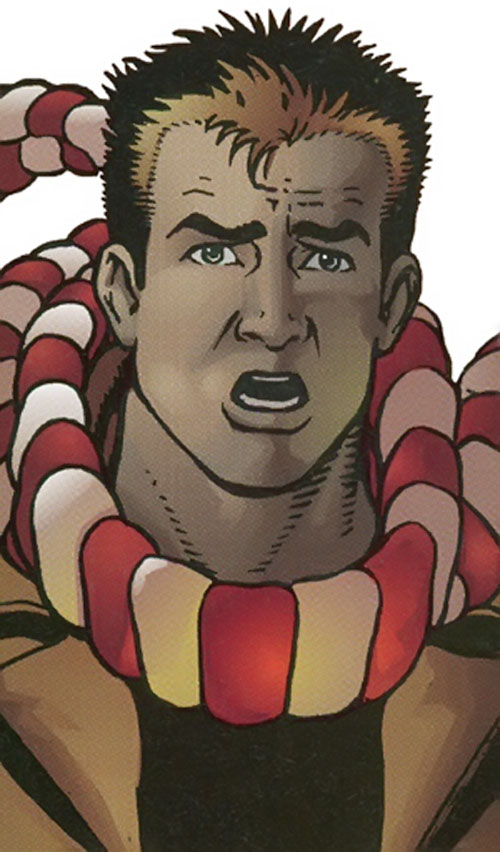