Rath, as a young man from Dulwich Common, garnered employment in London. However, he had bad luck holding any kind of real job.

Soon he was picked up to do other kinds of work. He dropped off packages he was sure held drugs or drug money. Delivered messages some with non-verbal threats, breaking and entering and theft. He felt bad doing them, knowing it was wrong but he was good at it and it paid the bills.

Rath eventually served time for petty theft but the worst was yet to come.

While in Pentonville prison Rath found few friends and was even attacked by a violent insane man during a prison transfer. His release date was soon after and he was glad to be free. However, the horror was only starting when Rath found the insane man was cursed with lycanthropy and now…so was he.

The full-moon would bring forth the beast and Rath would lose all control. Stories emerged in the papers of some thing stalking about in the night.

He searched for a cure and discovered to his amazement a whole other world just beyond the veil of what is. Perhaps someone took pity on him. Perhaps it was mere chance; but Rath found an emerald and when he held it up to his eye he could see the past of whomever or whatever he gazed upon.

With this strange ability he slowly pulled back the curtain of the magic world. He put his roguish skills to use acquiring a magic cloak and dagger, fitting tools to his old trade.

Rath learned of magic practitioners who lived near him. A mage’s laboratory was where he believed he might find answers to his curse. Instead he was set upon by a swarm of malevolent pixies. The pixies darting about this way and that, Rath invisible but still somehow detected swinging his dagger at them feebly.

Rath found himself doubly cursed by the end of this encounter. The pixies had cursed him with the inability to speak unless he finished each sentence with a froggy “croak”.

Bad luck would follow Rath like a wraith after that. He was mocked as “the frogman” by associates. Feeling totally useless and tossed about by fate, Rath turned to the Church for help.

Surprisingly, or not, after a prayer the croaking curse was lifted. Perhaps the curse had had a time limit? Some do, he knew from his recent studies. He glanced to the ceiling of the old Cathedral and wondered.

Prayers did not release him, however, from the grip of his lycanthropy. So, Rath turned to alcohol but it was a young man called only “Chas” who appeared through his haze one sobering morning. He must have been a wizard or a friend to a wizard because he gave Rath a concoction to drink. He said a friend sent it.

That was that and Rath never saw the man again. The concoction, whatever it was, allowed Rath to control his changes to were-bat and man.

The ability to control his lycanthropy was a godsend. Rath felt free for the first time in so long. He finally allowed himself to visit his family without feeling like he had let them down. He borrowed money to rent an apartment high above the streets. Rath took a job at an Italian restaurant.

So many questions were stirring in him. Who was the man who made him a beast and who was the mysterious stranger who had undone the curse?

Rath is a decent rogue and with the cloak that allows him to fly and the dagger making him invisible he’s very hard to detect. When it comes to a fight I see him using two daggers for two-weapon fighting, since he’s unskilled at that he does much better changing to his were-bat form.

In this form he’s incredibly tough and durable. Using this form, as well as turning invisible at will, keep his identity in question. Rath has kept the Emerald to see the past which comes in handy when trying to discover what’s happened at a crime scene. His monstrous form makes him feel powerful, in control, and free.

Equipment:
When uncontrolled the were-bat would discard any equipment it had on it.
With Rath in control he can retain and use his equipment as usual.

Results on the magical character generator 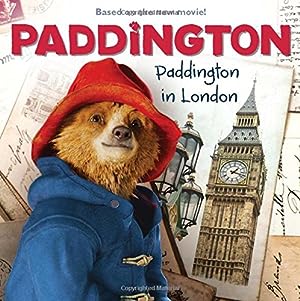