Raven is extremely charismatic. He can sway the opinions of others even without using his powerful mind control powers.

He is a genius and is extraordinarily gifted in the arts. However, his motivation is minimal. And his application of his natural gifts are often hindered by his love of partying and consumption of drugs and alcohol.

He also has a tendency to transfer his own emotions onto those around him. This is unpleasant, as he’s usually depressed.

Son of a wealthy family in New York, Scotty Anthony grew up with all of his material needs met. However, he suffered abuse at the hands of his alcoholic father. He took out his frustrations on a poorer classmate, Tommy Laughlin. Especially after he took an interest in Tommy’s sweetheart, Beulah McGillicutty.

The two boys fought for several years. But Scotty finally was sent to boarding school following the death of his father under questionable circumstances.

The two young men crossed paths several years later. Raven had left school and struck out on his own in Philadelphia. He formed a gang of followers he called “The Flock”. Among the group was Beulah, who had left Tommy and moved from town without explanation.

Tommy, now calling himself “Tommy Dreamer” began a vigilante crusade against Raven and his band of petty criminals. Hooligans, if you will.

Raven took great pleasure in tormenting Tommy, both physically and emotionally. He ALWAYS got the upper hand in any personal confrontations. When Beulah broke free of Raven’s control, she ran to Tommy. Dreamer faced Raven one final time and defeating his longtime nemesis. Raven left Philadelphia while Tommy and a now pregnant Beulah settled down.

Little did Tommy know that Raven had intentionally lost and left Philly. He had grown despondent over Beulah’s perceived “betrayal.” Raven wandered the country, causing minor mischief with various incarnations of “The Flock.”

He finally returned to Philly to rekindle his feud with Dreamer. That took place after Beulah’s death of a broken neck (a death that both Raven and Tommy blame Dreamer for) at the hands of a pair of homicidal brothers.

See Personality section for a twist on this background.

Raven is anti-establishment to the point of fanatical. He is moody, brooding, and whiny. He is also a heavy partier, which interferes with his natural abilities as one of the greatest and most naturally charismatic human beings alive.

When he’s stable for a brief period of time, he can pull off heists or publicity stunts with little planning and incompetent underlings. He gets bitchy if things don’t go his way – if they are going his way, he’ll fabricate something to bitch about.

If he is attacked first (i.e. he starts it, but the other person gets the drop on him), he will flash back to his childhood abuse at the hands of his father. Despite his wealthy upbringing (but because of the abuse he suffered), he feels that society owes him everything.

There is an alternate theory – he’s an emotional sadist that likes playing mind games. He suffered NO abuse at the hands of his father, and is very simply a sociopath that is making up entertaining stories to explain away his actions while laughing at the idiots who buy his story.

Under these circumstances, he killed his father, but is still in touch with his mother and sister (who don’t know) and has a Wealth of 12.

“The pills say ONE AT A TIME, STUPID !” (to Beulah, upon learning of her pregnancy)

On a bad day, he’s barely worthy of a match-up against Robin. On a good streak, he should be able to give Nightwing a major challenge, and Batman a moderate one.

He shouldn’t really fall into Batman’s “Arkham” set of enemies, but he’s not very far off…

Drawbacks:
SIA (“partying” – with all that it entails), SIH (“mainstream” society), Traumatic Flashbacks (triggered by being attacked without initiating combat ; i.e. losing initiative first round), Uncertainty. 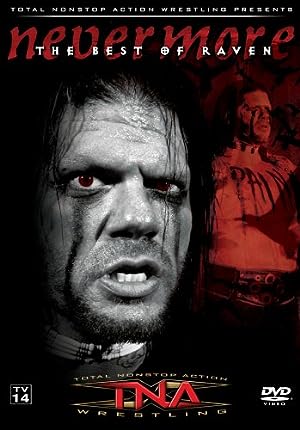 TNA Wrestling: The Best of Raven 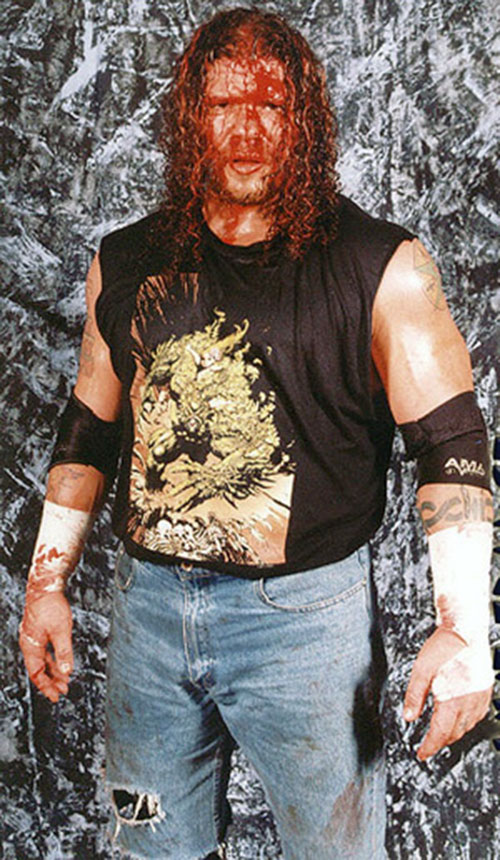 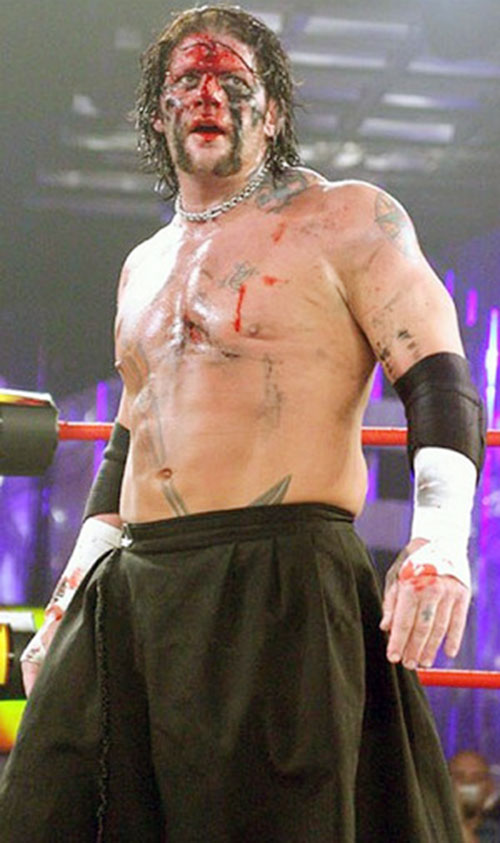