Marco San Antonio apparently invented and built both the Razorfist and the Spiral II gear.

San Antonio also wears weak jet-boots and sports two swords, though the later largely seem to be for show.

The Vortex Staff used by Geis can control man-sized air masses, spinning people in man-sized tornadoes and buffeting them around.

Razorfist and Spiral II (no relation whatsoever with the various Razor-Fists or the first Spiral) seem to be a couple of dilettantes. They decided to become super-heroes in New York City.

To that end, San Antonio came up with a remarkable scheme. They would kill Thor Odinson (who had reportedly lost his powers). The Avengers would then be so awed that they had killed a god they they would been cowed into accepting them as members. See ! That makes perfect sense !

Borrowing a Manhattan penthouse from a friend, they lit up a number fuel-filled pots spelling “Thor must die‘ and ambushed him.

But Thor had recently recovered an artificial version of his powers thanks to the Leader. He soon proved to be waaaayyyy out of reach for the pair. Happy to have his godly powers back, if only for a while, Thor decided to have some fun. Grabbing them, he flew the pair to a nearby crime scene in Central Park.

There, two cop cars had stumbled right into a gang war. The gangs allied against the officers, wounding several. Thor dropped Razorfist and Spiral II right in the middle of the fray, telling them to be heroes since they wanted to be Avengers. The two dilettantes in rented pseudo-Asgardian  garb froze when surrounded by dozens of armed skinheads and gangbangers.

Amused, Thor then of course proceeded to save everyone through an impressive demonstration of his godly powers. He took the fight out of the criminals with shock waves and storms… until his Leader-bestowed powers fizzled.

The most determined lowlives surrounded and prepared to attack the Thunder God. But Razorfist and Spiral II then charged in, dispersing the miscreants before they could shoot Thor.

What Marco and Estelle did after their surprising moment of heroism is unrevealed.

Both costumes are rented pseudo-Asgardian outfits.

Both Marco and Estelle are spacey. They come up with weird plans without considering any of the implications. They assume that everything will always go according to their naïve machinations.

They seem chiefly interested in fame and in making a buck (though they already seem fairly well-off). Both appear to assume they are entirely entitled to it.

However, their outlook may have changed after they discovered that they could perform genuinely heroic acts.

Marco seems to be the brains of the group. Hey, it’s all relative. Estelle simply follows him around, making observations that are marginally more common-sensical than her companion’s deluded strategies and bombastic declarations.

“Men call me Razorfist, but you can just call me the last thing you’ll ever see, Thunder-dud !”

“Villains ! Taste the bitter, fulsome vengeance that is Razorfist ! Eat blaster, scumbag ! Nobody touches a brother Avenger while Razorfist is on the scene !”

“Man, Ralph only loaned us his penthouse for the week-end ! He’s gonna kill us !”

Spiral II: “Nobody bothers Marco San Antonio while Estelle Geis is on the job !”
Razorfist (whispering loudly): “Code-names, Estelle, use the code-names…”

Drawbacks:
SIA toward Lack Of Common Sense, SIA toward referring to Razorfist and herself by their normal names.

They have little screen time, making their stats speculative. 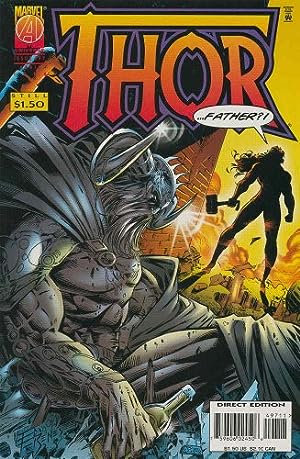