Razorwire is a professional enforcer. He’s equipped with gauntlets that can launch a length of steel wires with jagged, saw-like teeth.

It seems that he uses a level of telekinetic talent to manipulate his wires. Razorwire makes them behave like supple metallic tentacles. As such they strike with excellent accuracy and great speed, shredding his target. It is entirely possible that he can use his telekinesis to do other stuff, but nothing has been demonstrated so far.

Razorwire and Nautilus are two obscure enforcers for the Hammerhead family. They were sent after Slyde after the later stole money from the Maggia.

Tracking him to Chicago, they took Slyde’s brother hostage in order to force him to give back the money, plus some extra. But Razorwire’s intent was apparently to kill everybody involved except for Nautilus.

Slyde hired Luke Cage for protection, but Cage imposed his conditions. He would cover Slyde as he stole the money, but every single cent would be returned as soon as Slyde’s brother had been saved and the kidnappers arrested by Cage.

This led to a confrontation between Cage and Slyde on one hand, and Razorwire and Nautilus on the other. The enforcers were surprised by Cage’s durability, and eventually defeated when Spider-Man (Peter Parker) swung onto the scene.

The money was returned, Slyde’s brother saved, Cage cleared of the accusations of an overzealous journalist and Razorwire and Nautilus arrested.

Neither enforcer has been seen since. Perhaps they left to ply their trade abroad for awhile.

Razorwire has that odd “comic book Irish” manner of speech.

He seems to be a hardened killer. In fact, he seems to judge the quality of the job by the number of hats left lying on the ground.

He was the leader of the pair.

He likes to boast about his TK razorwires.

“Shh, boyo, wait till the boys in blue’ve gone.”

“Sure‘n there’s no need fer that, when I’m around ! Myself an’ me TK razorwire, movin’ at the speed o’ thought — respondin’ to me mental commands as quickly as yer own body !”

Bonuses and Limitations:
Weaponry is a Powered Skill.

Razorwire tends to spend his Hero Points on AV.

It is likely that Razorwire I has various enforcer-type Skills (Intimidation, Firearms and the like), but those have not been demonstrated so far. 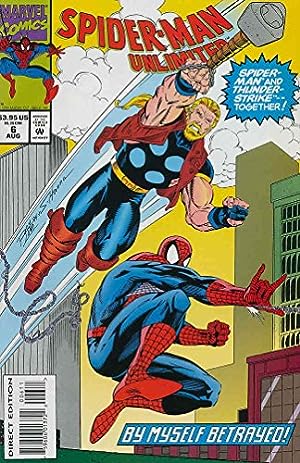