The Reaper possessed no superhuman abilities. But his athletic and acrobatic skills were those of a top-level Olympic competitor.

His cloak concealed studded armour of red leather. This suit was designed not only to protect him, but to injure anyone assaulting his person. His scythes, which were worn on his back when not in use, were razor-sharp. They also contained guns in their spiked grips, which could be removed and operated separately if necessary.

A disbeliever in rehabilitation, the Reaper preferred killing criminals to their capture. His chilling credo “Fear… the Reaper” was the last thing many a lawbreaker ever heard.

During the late 1940s, Judson Caspian was a successful Gotham businessman. But one day he, his wife Mary Rachel and their daughter, Rachel, interrupted a burglar looting their house. Judson leaped to stop the man, only to be shot down. He laid there, watching as the man then murdered his wife and fled.

A distraught and angered Judson Caspian vowed to avenge his wife’s senseless murder. Thus he assumed the costumed identity of the Reaper. The Reaper mercilessly stalked and killed all sorts of criminals – and any he deemed allied with them.

The Reaper’s bloodthirsty vigilantism was a definite inhibiting factor on the criminal element of Gotham City. The Gothamite crime rate became one of the lowest in the country. However, sometime in the late 1950’s, Caspian emigrated to Europe. The Reaper’s absence, coupled with increasing police corruption, caused Gotham’s crime rate to soar to epidemic proportions.

Death and the bat Wayne

Judson Caspian returned to Gotham in the second year of Batman’s career. After walking the streets one night and seeing how dangerous they had once again become, Caspian went home. He removed his vigilante costume from its hiding place.

Mr. Caspian set out to make Gotham a “safe place”. He immediately confronted and killed a group of muggers. Warned by his police contact James Gordon, Batman soon came face to face with the murderous vigilante.

The young Batman was nearly killed by the Reaper’s gunfire. Shaken in his beliefs by this brush with death and the ominous legend of the Reaper, Batman decided to resort to the Reaper’s tactics.

Thus did the Batman begin to wield a gun, if only for a short period. This brief period may have been intended as a continuity patch to allow for a few early Golden Age stories where the Batman used firearms.

At the same time, Bruce Wayne was dating and falling in love with Rachel Caspian, the Reaper’s daughter. Rachel planned to enter the convent but was confused by Bruce’s attentions.

It wasn’t until after the Batman’s final confrontation with her father that Rachel made her decision. For the Reaper learned of the secret identity of his rival and decided that Batman/Bruce Wayne would be a worthy successor.

he Reaper let himself fall to his death, and Rachel Caspian went through with her plan to join the convent in order to make amends for her father’s evil ways.

Still later, and for a brief time, Joe Chill’s son Joseph wore the Reaper costume in an attempt to destroy Batman’s sanity as revenge for his own father’s death. Batman defeated Chill, with Robin’s help, and the Reaper was finally laid to rest.

Caspian himself was a severe-looking old man with sharp traits, bald on the top.

The Reaper did not have any faith in the law. He sought justice like the Batman does, but his view of justice was death for wrong-doings. Everything he did, he claimed he did out of love for his daughter and his deceased wife. If not for this warped concept, Judson Caspian would have been an ordinary man.

Various. May be of use in an “historical” campaign set in the early career of Batman or in the aftermath of WWII (he would be a strange presence in a story set in Robinson’s “Golden Age” period, foreshadowing by decades the arrival of grimmer, deadlier vigilantes), resurrected as Reaper II by someone else (possibly Rachel Caspian, or a clever criminal wanting to use the costume as a psychological weapon against the Batman (Hugo Strange ?)) bearing the costume and the associated legend, or perhaps worn by the Batman during a short period of insanity or doubt. 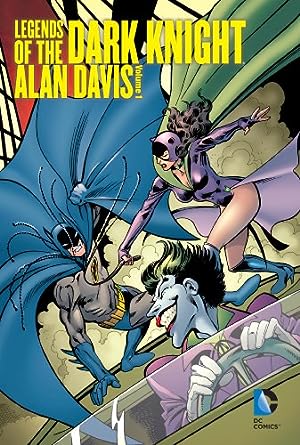 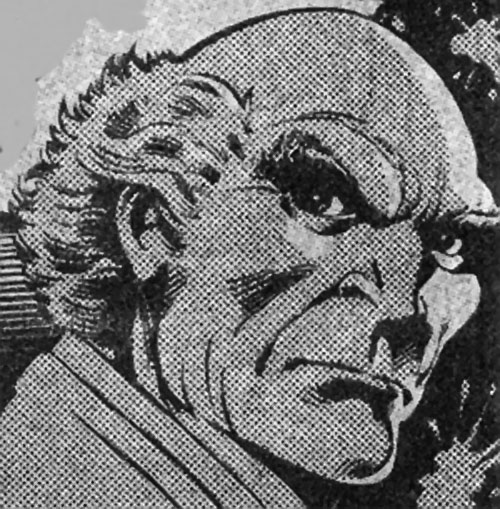