Charme corresponds to the “thief” heroic-fantasy character archetype. She’s nimble, she’s quick, she fights with knives, she’s but lightly armoured, and she can spot traps.

Within in-game dungeons she doesn’t do stuff such as stealth, pickpockets, lockpicking, etc.. However, dialogue indicates that she’s routinely stealing goods in Pensée (and using Recette as her fence, since Recette is too daft to realize a crime was committed) so she presumably has these skills.

Everybody was magic fightin’

Charme is clearly not as robust as Louie, but she’s much quicker and mobile. She also has a greater selection of magical skills. These include :

When new dungeons were discovered around the town of Pensée, adventurers came in. One of them was Charme.

Charme’s past is a mystery. And she has all but stated that she lies all the time anyway. It is heavily implied, though, that she’s a princess who fled “a certain kingdom”.

Reportedly, the popular King there was overthrown during a coup d’État resulting from foreign machinations, but his daughter managed to flee.

The nobility of “a certain kingdom” has been actively looking for her to make her their Queen and retake control of the state. This is presumably because the people would support her. Charme would have none of it, though.

At first she was forced to threaten, kill and rob to sustain herself. But this soon became a way of life for her.

At one point guards came looking for somebody matching her description in Pensée, though she successfully evaded them.

An alternative approach is that Pensé is in Fantasy Francophone Belgium, and Charme is from a Fantasy French kingdom.

Recette and Tear, the operators of Pensée’s fastest-rising magic items shop, first happened upon Charme in the Jade Way dungeon. They were within to pillage with their hired adventurer Louie.

Charme ambushed them on the deepest floor to rob them. But like most people she underestimated Louie and was defeated.

Even though Charme had been trying to kill them, the kind and naïve Recette used a magical ointment to heal Charme’s wounds. Intrigued, Charme escaped but become a regular customer and sort-of-friend at the Recettear magic items shop.

(“The powerful person you just defeated joins the party, albeit their power level has inexplicably dropped” was a cliché of 1990s Japanese CRPGs. Chrono Trigger comes to mind. Recettear makes ample use of it to lampoon this story beat.)

Charme eventually gave her professional adventurer card to Recette, who occasionally hired her to clear dungeons. Charme continued hanging around the Pensée area (and particularly its best pub), often stealing and reselling stuff between adventure contracts.

Charme is a free-wheeling, material and flashy adventurer-thief. She seems mostly interested in supporting her lifestyle by whatever means happen to be expedient. Though she seems to be on the run, she doesn’t make any special effort to be discreet.

Her main passion is alcohol. She loves drinking and is at Pensée’s main pub almost every evening. She doesn’t hold her liquor very well though, and will be noticeably drunk after but a few beers.

Curiously she also possesses a sort of drunken wisdom. Thus, she developed a local reputation for giving excellent life advice when she’s had enough to drink (though said advice suffers a bit from slurred elocution). Also, she sometimes feigns being drunk.

Charme seems to be a lesbian or bisexual. She was once interested in the underage Recette, though she was completely hammered at that point. She later made what may have been an amusing double-entendre about being knowledgeable about women.

She’s also quite nosey and curious. She often develops an unrequited interest in people’s lives if there seems to be something juicy going on (such as wondering about Tear’s motivation).

She overuses the word “berk”, though not in its usual sense. For her it seems to designate any sort of tough person, or perhaps it is a synonym for “adventurer”.

She is also fond of referring to money as “filthy lucre” while pretending to be scandalized.

Bonuses and Limitations:
Occultist (Rituals) only with Rituals with which she has a Familiarity.

The thing with the Rituals is on the cute side, but it matches the material and it works.

These stats depict Charme as an ally. As a “boss” she was of course inexplicably far more powerful. It’s just part of the trope. 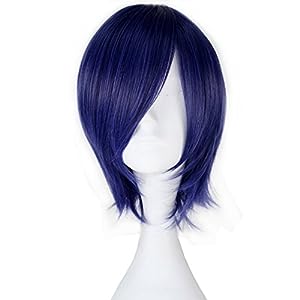 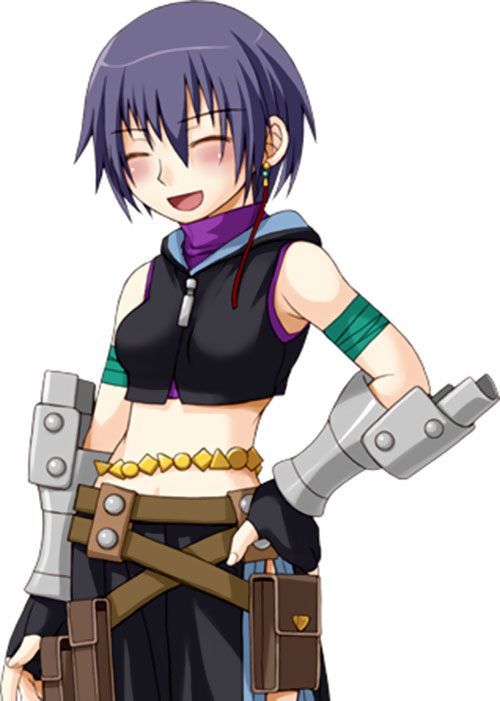