As Robin, Jason Todd had been trained by the Batman to be a superb martial artist, gymnast, weapons expert, and crime fighter. As the Red Hood, Jason’s skills and abilities have definitely improved over the years.

Also, unlike his mentor, the Batman, Jason now prefers to eliminate the criminal element rather than simply apprehend them. He uses his talents to usurp the leadership of several warring gangs and brings them all under his control. He then implements a bold plan to wage a non-stop war against any criminal organization that interferes with his schemes.

As the Red Hood, Jason is basically DC’s version of the Punisher if the Punisher had been trained by Batman, and then went rogue. Jason uses his talents and skills learned from the Batman to effectively counter Batman’s attempts at stopping and apprehending him. 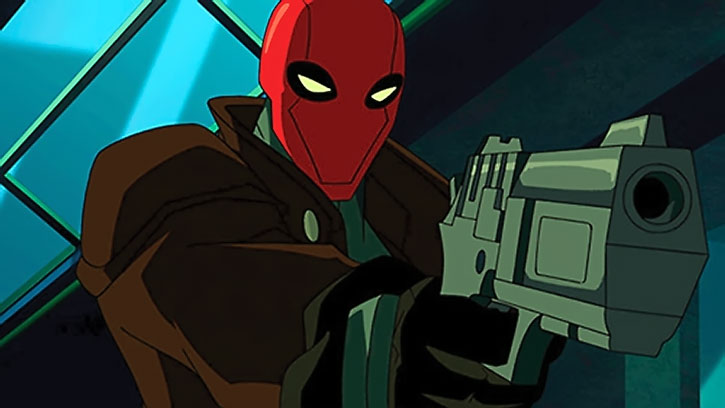 As the Red Hood, he would often lead any pursuers on a protracted (and most likely) planned escape route that had pre-set explosives, multiple hidden exit routes, traps and other items set up to discourage and/or lose opponents (like Batman and Nightwing).

He has also apparently added other skills and abilities which he gained during his long absence. Jason now includes various firearms, bladed weapons, and high explosives to his répertoire of gadgets. All of these new methods have now made Jason a really lethal opponent.

Believing that the Batman’s methods of dealing with the criminal element is antiquated and more of a hindrance, Jason has chosen to take control of Gotham City’s Underworld in order to destroy it from within.

With various criminal gangs under his command, Jason now has access to a considerable amount of wealth and resources which he uses to wage his war on crime. Those criminal organizations that have not come under his command are usually targeted for elimination.

As Red Hood, Jason wears what appears to be a costum made and airtight, red motorcycle helmet that covers his entire head. His costume consists of heavy duty combat boots, black cargo pants, bullet-proof vest and black jacket. 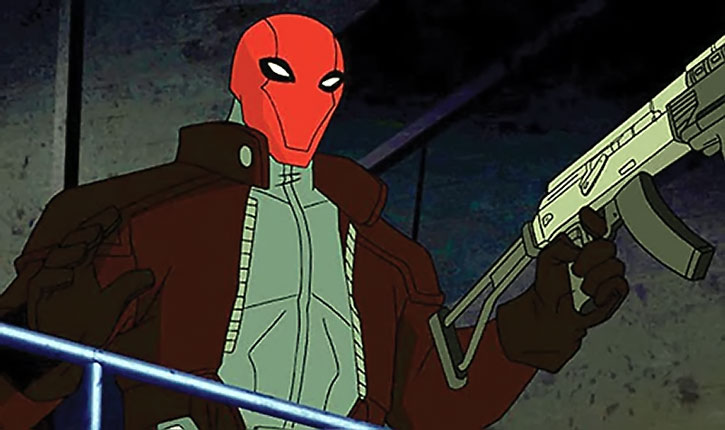 He also conceals on his person a wide assortment of weapons and gadgets in keeping with his former role as Robin.

As Red Hood, Jason is merciless when engaging criminals and will not hesitate to terminate them. However, he does still seem to have some semblance of a code of justice when he begins organizing several criminal gangs under his control.

Like the Punisher, he only seems to be going after criminals, and does not seem to want to cause harm to innocent bystanders.

Bobo: “Okay, crazy man, this is all very generous. But why should we listen to you ?”
(Red Hood drops a duffel bag of human heads)
Tyler: “Damn.”
Red Hood: “Those are the heads of all of your lieutenants. That took me two hours. You wanna see what I get done in a whole evening ?” 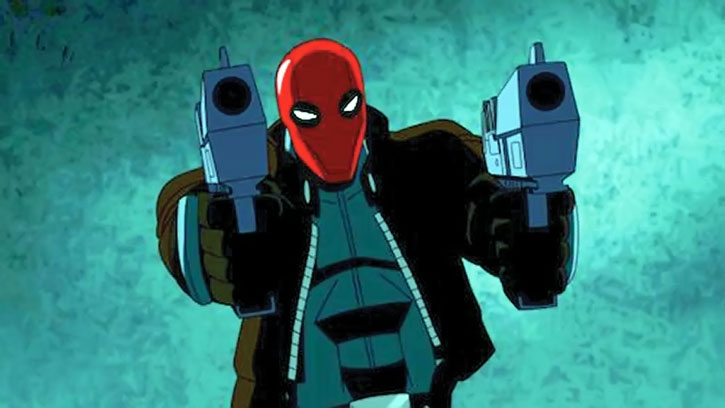 “Hard to forget that night, huh? In a way, Batman, this was the site of your first great failure. Maybe your greatest, but certainly not your last, right ? Ah, memories.”

Red Hood: “Just be happy I only killed one of them. They’re all assassins.”
Batman: “And what are you ?”
Red Hood: “I’m cleaning up Gotham. More than you ever did.”
Batman: “You’re stealing territory from Black Mask and killing anyone who gets in your way.”
Red Hood: “Black Mask is just a part of the plan.”
Batman: “Plan ? You’re becoming a crime lord.”
Red Hood: “Yes. You can’t stop crime. That’s what you never understood. I’m controlling it. You wanna rule them by fear. But what do you do with the ones who aren’t afraid ? I’m doing what you won’t, I’m taking them out.”
Batman: “Tell me what happened to you. Let me help.”
Red Hood: “It’s too late. You had your chance. And I’m just getting started.” 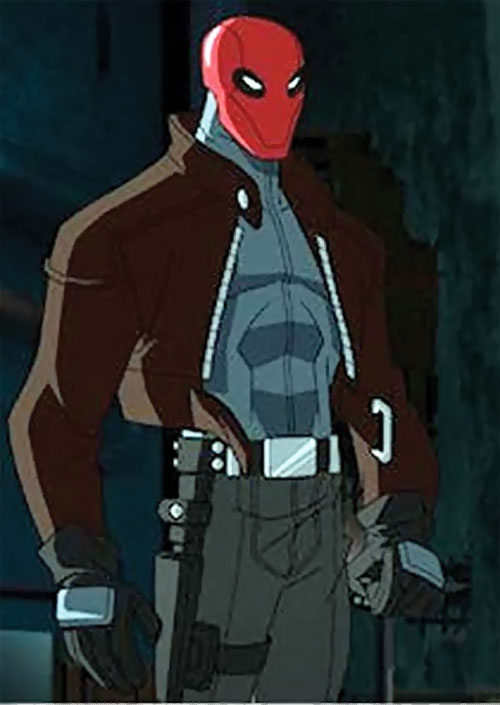 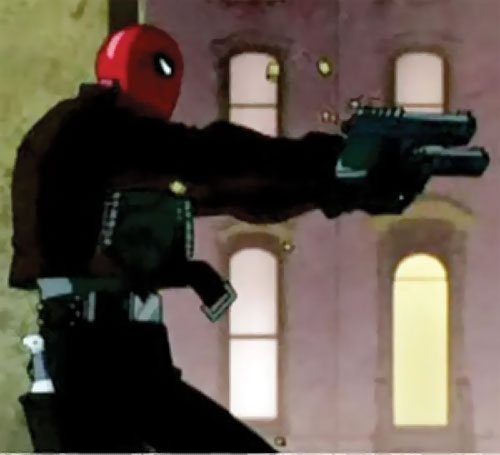 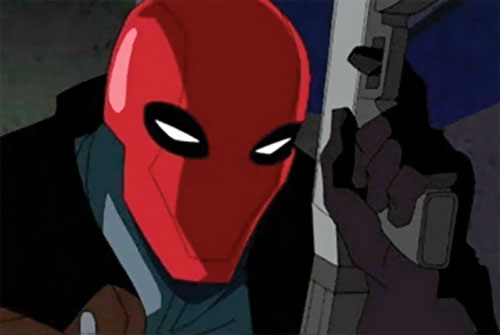 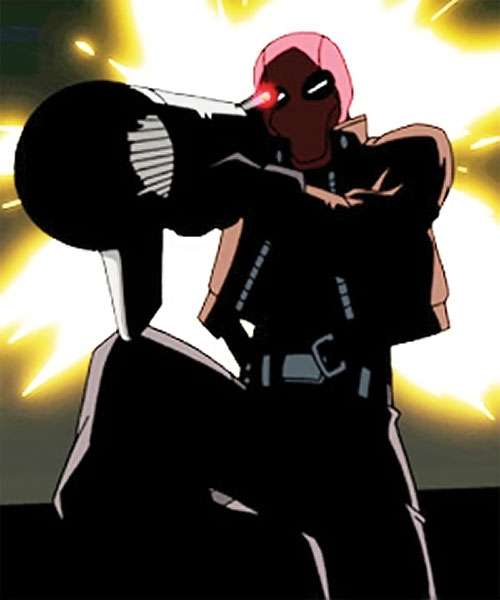