Refit has an enormous ability to absorb damage and to accept tissue transplants from any donor – he’s a universal receiver for body parts. He can only be killed by the destruction of his brain.

He is an experienced and enthusiastic brawler with a slightly superhuman level of strength.

Former steel worker who survived an accident no normal human could have survived.

An updated Frankenstein’s monster, Magastowkawicz is covered with scars from where his injuries have been stitched up, or body parts replaced. One of his arms is from an African-American man. One of his legs is from a Native American man.

He wear a grey sleeveless uniform with red piping down the legs.

Fundamentally a thug, he’d very possibly be a villain. Except that the FREELancers provides with a good income, lots of opportunities to inflict and experience pain, and an almost endless supply of replacement body parts.

He mocks Captain Ares for being a true “comic book” superhero. He is likely to be similarly derisive of any other clean cut prettyboy in spandex.

Refit’s a natural henchman for any criminal with the resources to provide him with his transplants. I can see him fighting Batman, Gangbuster, the Birds of Prey.

I don’t think the DC Universe harbours any group save the Suicide Squad that would let him play the “heroic” role he does in his native universe, especially since he’s not powerful by comic book standards.

You’d probably have to bring in the entire FREE agency.

Bonuses and Limitations:
Invulnerability and Damage Capacity may require surgical replacement of destroyed body parts after use.

By David Johnston and Jackson. 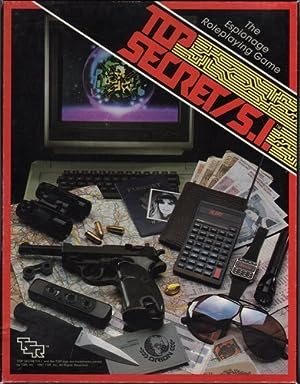