Regis was a major player during an early The Authority story arc, in 1999. The Authority’s launch was one of the main comic book events of that year.

For additional context, you can read the Sliding Albion article.

Regis is a Blue of pure blood. As such, he’s immortal.

His alien body is able of doing incredible feats, like resisting the blazing inferno of his burning palace, or beating up The Midnighter.

Regis was one of the Blue that made the first contact with Sliding Earth in their 16th century. Of these people, there are only five other survivors.

Apparently, the alien/human alliance was centered around two poles : England, who kept most of its Human royal line, and Italy, who quickly mixed with the aliens. Regis was in a position of power in the Italian faction.

Helped by the fruitful Blue partnership, England developed his colonial empire. We can assume it was a significantly larger one than on our Earth. For some reason, the Italian/Blue alliance didn’t develop so well, and they started to grow envious.

What is it good for

This resulted in late colonial wars. As military leaders, Regis and his ilk were utterly ruthless, so they immediately went bacteriological and nuclear. After a century or so of such beating, Sliding Earth became so poisonous that life was barely possible.

The new territories, thus conquered, saw their population so weakened that the surviving Human women too weak for Blue crossbreed pregnancies.

The Italian Blue were facing a serious birth rate problem. This problem may have existed in Sliding Albion too, but as the country was still ruled by the human Windsor bloodline, it was less critical. Furthermore, Sliding Albion’s colonies hadn’t been poisoned, so the Blue/Human birth rate there wasn’t critically low.

Regis was put in charge of finding a solution for his Italian peers. His idea was to use small countries as rape camps. His first move, in the Hanseatic Marches and China (presumably because of its high Human birth rate), met transdimensional  resistance. Another Earth’s UK, mainly Jenny Sparks and the British Space Corps, nearly killed Regis.

Sicilian physicians managed to save Regis, though Sparks had castrated him. He ordered all men to be killed, and all women to be jailed. Then he sent his hybrids’ regiment in to conceive children. But this new bout of mass rape still resulted in too few working pregnancies.

The only alternative was invade Sliding Albion’s still fertile countries. This resulted in a world war, then in the first known example of parallel world war. Sliding Albion attempted to vent a massive bacteriological weapon cloud to our Earth to save themselves from themselves. But it didn’t work.

After 50 years of wars Blue society, rotten from decadence and technological stagnation, needed a new goal to motivate its people. That’s why Regis turned his eyes to our Earth, again. The previous contact with Sliding Albion had been peaceful, but this time it would be an all-out invasion to turn our Earth into another Blue rape camp.

However, the recently-assembled Authority responded. They then crossed over through the Bleed and destroyed the Sliding Earth’s England and Italy. Regis was killed when Sliding Westminster was pulverised. 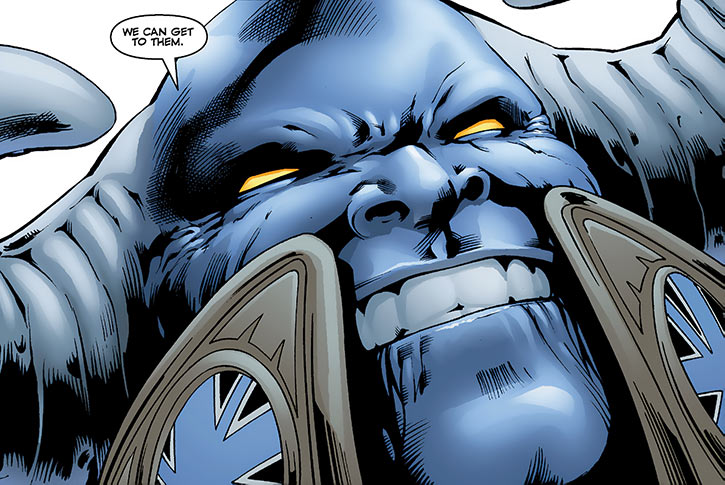 Regis is a tall, strong Blue of pure blood. His skin is, blue, of course. But he also has huge horns on the head. He is bald, as any pure Blue.

He wears English regal clothing, but not in the 19th century fashion, like the rest of his army. His have a more Late Middle Ages flavor, with large girdles across the breast and a fur cape.

He’s obsessed with the Blue’s expansion, either on Sliding Earth, or anywhere else.

He’s psychopathic and megalomaniac, for sure, thinking good only for himself or the other few pure Blue survivors, and nothing but contempt for the human race.

He gives them credit for breeding purpose only, and barely. For nourishment too, as it is subtly suggested. 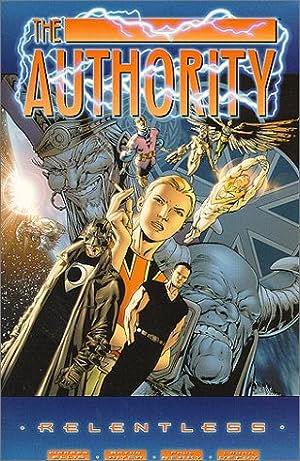