Styx was a Chicago rock band that was primarily successful during the late 1970s and early 1980s. They mostly did prog rock, with an occasionally harder edge. They were chiefly successful in the US, but the sales there were huge.

The process that turned Renegade into the man that he is today worked perfectly. He was given peak human strength, agility, and resilience. His speed, healing abilities, and enhanced senses were a bonus, and showed up in 75% of the test subjects.

The only thing that wasn’t planned for was the immortality.

Trained for three years in all aspects of combat and military training, Renegade and the others could possibly be considered the finest combatants on the face of the Earth. Having lived for 100+ years hasn’t hurt either.

The man who would become Renegade was a volunteer to a secret military “super soldier” project. He and his fellow recruits (they had yet to go through boot camp) were sent to a special facility, experimented on, and thrown through a boot camp so intense that three men died.

Called the Black Wolf Company, the volunteers almost to a man were given identical powers and abilities. They trained in several countries and in all aspects of combat. They were conditioned to follow orders, think of the “big picture” and protect America.

Renegade grew more and more disenchanted with the whole thing. Protecting his country was one thing, becoming assassins was something else entirely. He escaped from the facility and spent the next 50 years on the road. Unknown to him, the Black Wolves all escaped shortly afterwards. The entire staff of the project was killed and the records destroyed.

Renegade has been attacked by a few of his former comrades. On three occasions, he killed the assailant when they attempted to use innocents as “diversions”. He has also encountered another member of the Wolves, a man who calls himself Cold War and is an international mercenary.

Blue Collar Man found him and offered a spot on the Lords of the Ring, he took it with an ironic smile on his face.

Shaw is a good man, he cares about his friends and won’t endanger innocents. Through all the training and brainwashing he went through he still is loathe to take a life. He has done so only four times (three against fellow “Black Wolves”).

He enjoys playing and writing music, dancing and drinking.

Renegade more closely resembles his pseudonym, Tommy Shaw, than any of the other member of the Lords. He wears dark clothes, generally with a black leather duster, to hide his weapons. His clothes are generally well tailored but kind of dirty.

He has a boyish looking face and smiles constantly. His every comment seems like an inside joke of some kind.

“Look, punk I am older than your dad, gimme a damn beer !”

Well, it would have to be an Elseworlds  story. It might be possible to put them in the 30th century with the Legion but Rockworld’s history and governments are much more bleak and oppressive.

Renegade would work just fine in any campaign where disillusioned super soldiers would.

Source of Character: Styx and my own imagination, and a healthy dose of Midnighter. 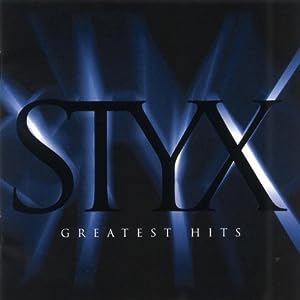