Reno is a grim executioner. He’s a professional who will use any means, no matter how horrible, to efficiently solve the heavy problems he’s been faced with. Think of a Gallic equivalent of Jack Bauer, without the cowboy side and with more elegance.

He is a calm, ruthless and experienced professional with nerves of steel. He’s intelligent and particularly resourceful, never flinches, and is an exceptional firearms specialist.

Reno is a French agent, who has been “solving problems” for the French state for several years. The Fantastic Four first met him when the Ruined resurfaced in Paris, covering much of the French capital in an alien matter.

The city was successfully evacuated, and Reno was sent in to bring things back to normal. The Fantastic Four found him at the entrance to the Ruined’s realm. After some discussion he and the FF traced the Ruined to the Cluny gallo-roman vestiges .

As the FF fought the Ruined, Reno deducted that actress Yvette Diamonde, a friend of the FF, was the catalyst for the Ruined’s presence. He coldly decided to execute her to get rid of the Ruined and end their threat. But Johnny Storm asked him not to and managed to defeat the Ruined, chasing them away. Reno thus wasn’t forced to kill Diamonde, but arrested her.

Reno and Reed Richards entered an heated argument as Diamonde was taken to a secret prison. Richards presented an idealistic discourse about Diamonde’s human rights. On the other side, Reno told him about raison d‘Etat , and that the general idea was not to take any risk or compromise with national security.

Richards kept insisting. Reno kept telling him in polite but clear terms that, while the FF’s help was greatly appreciated, they were welcome not to interfere in the decisions of a sovereign state and could leave now. Then the FF had to depart for New York to solve another emergency.

The FF briefly met Reno again at an ancient, special French prison holding dangerous sorcerers under the Île de la Cité, in Paris. The FF needed to talk to Margali Szardos to solve mystical problems. Reno agreed to bend numerous laws as a favour to them for their previous help.

As the FF were discussing with Szardos, powerful demons took possession of the guards and attacked the FF and Reno. They were only saved by a timely intervention from Mechamage. Mechamage, Szardos and the FF then departed to another dimension to lose the demons who were pursuing them.

Reno is fanatically dedicated to the protection of the Republic. He is adamant that the safety and sovereignty of the French people and application of the decisions of the State come first. 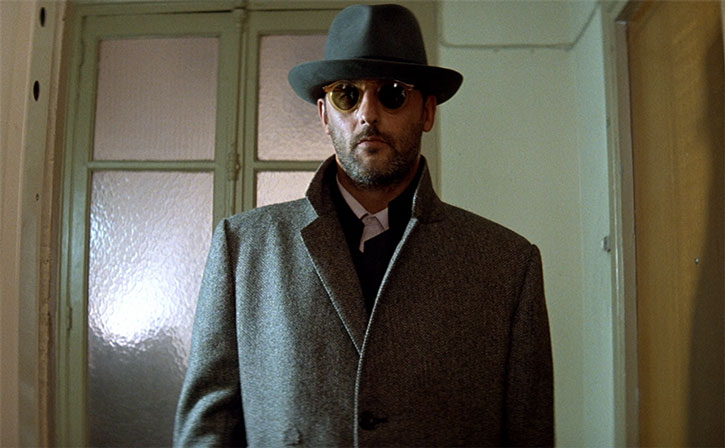 The actor Jean Reno playing the character Victor the Cleaner in the movie Nikita.

He is quietly confidant and ready for death – his or another’s. When Johnny asked him if he wasn’t out of his depth facing an opponent who could defeat the Fantastic Four, he simply answered “we will see”.

His speech is careful, measured, elaborate and diplomatic. When he offered an alliance to the FF, he carefully said “I am not your enemy. I believe we may even be allies”. This mode of speech sometimes makes him sound a bit like a politician.

“I am what you might call an expediter. I solve problems.”

“Taking a single life in exchange for that of Paris and possibly much, much more. That to me seems a fair exchange.” 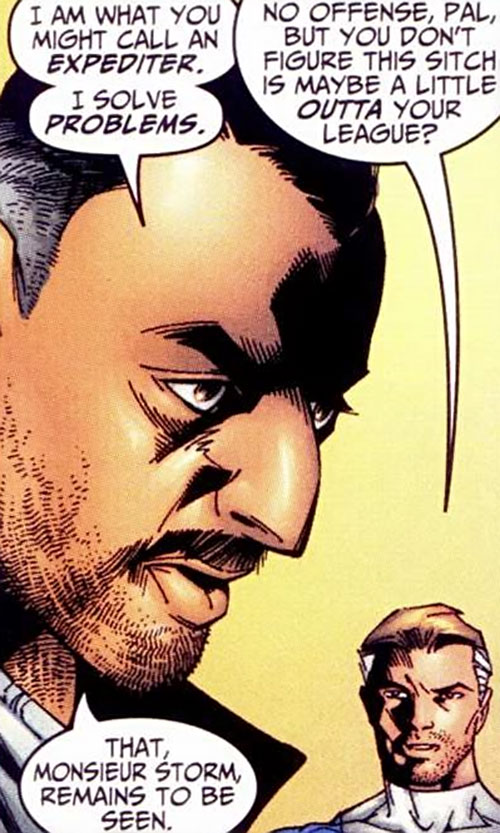