Like all Skrulls, Replica can change her shape and appearance.

This ranges from something as simple as changing her skin to appear Human, to radically altering her shape and size, changing into a fly or a Jadroxxian (big, tough, mean aliens).

Replica was born two centuries after the destruction of the Skrull empire by the Kree. The survivors had scattered, keeping their heritage secret.

Her parents took refuge on Haven, where the mutant elite dominated the human population. They were killed by Rancor’s lieutenants when she was a child, leaving Replica all alone. She fit in by appearing Human. From there she fell in with the resistance, who knew of her powers. How much they knew of her origin is unclear.

When the mutants found their base and eliminated the majority of the resistance, Replica followed orders by staying hidden as a fly. She hid until resistance member Giraud returned with the Guardians of the Galaxy. She helped the Guardians battle the mutants, as Giraud became the new host for the Phoenix entity.

When the mutants realised they were losing, they left Haven. Rancor then detonated hidden explosives to push the planet into its death-throes. When the Guardians evacuated the planet, she stowed away aboard their ship rather than join the other refugees on Mainframe’s world. Apart from Nikki’s hostility, Replica was welcomed onto the team.

When they encountered the Spirit of Vengeance, Replica recognised him as an enemy of the Universal Church of Truth. As a result, she attacked before the Guardians had the opportunity to make peaceful contact. Despite her objections, the Guardians called a truce with the Spirit, and began to have suspicions about the Church.

Replica was shocked at the way the Church was acting on Sarka. Yet she helped the Guardians escape, even though she believed she damned her soul by so doing.

Travelling to Homeworld, the centre of the Universalite faith, Replica insisted they’d see the Church was a good thing. They learnt that the embodiment of the Church’s faith, Protégé, had come of age. Contests were underway to discover who would be his matriarch. 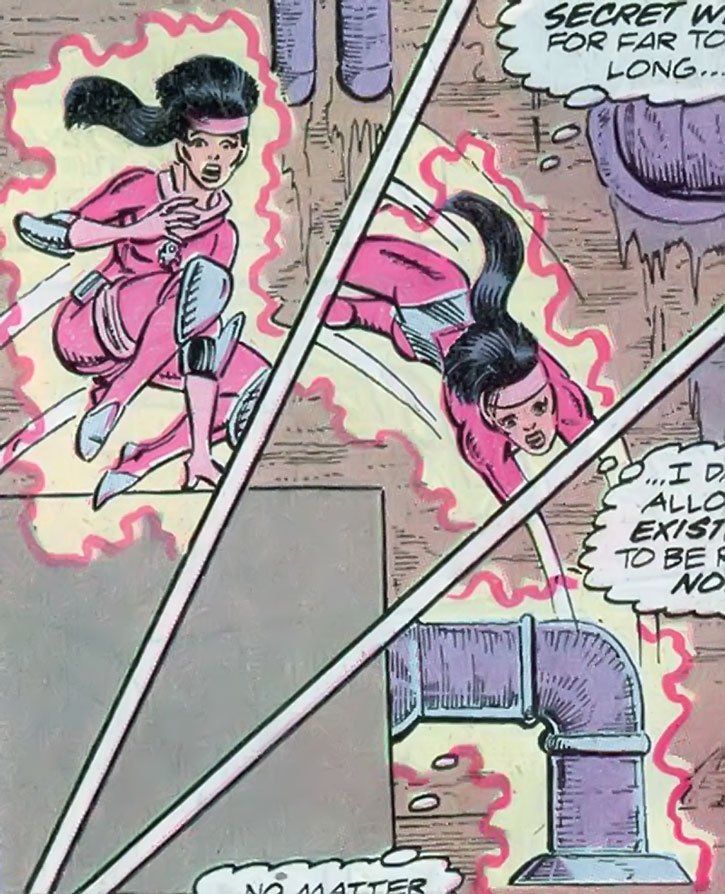 When the Guardians were attacked en route by Force, Replica found herself facing Eightyfive. When she realised he was a Kree, she revealed her true form in rage. That increased Nikki’s hatred of her.

When she came into Protégé’s presence, Replica could only prostrate herself before him. Protégé took a liking to her, even though she was a bit older than him. He commanded her to be his playmate.

With Malevolence having become his matriarch by default, Replica saw it as her duty to stay with him so as to counter Malevolence’s influence.

She acted as Protégé’s playmate and advisor, despite Malevolence’s machinations. That lasted until Replica received a distress signal from Martinex. Stealing a ship, she left Homeworld to help him, briefly followed by Protégé. But he eventually decided to let her go, his feelings hurt by her betrayal.

Arriving on Mainframe’s world, which was suffering worldwide disasters, she found the Guardians hadn’t been able to respond due to being in another time. Instead, the call had been answered by Firelord, the Spirit of Vengeance, and Hollywood.

Together they protected the populace. They also discovered that the power drain was due to the Intimidators (formerly known as the Minions of Menace). These were attempting to revive Korvac. Martinex’s group were too late to stop them, but Mainframe loosed Phoenix from suspended animation. Phoenix destroyed the newly awakened Korvac.

Martinex convinced them to join him in forming the Galactic Guardians.

She continued to serve on the group, aiding the Guardians of the Galaxy on occasion, such as when they all faced Bubonicus. He had taken out the strongest members of the groups, only to be beaten when Replica impersonated Martinex. Bubonicus targeted her with a virus designed for Martinex’s biology, which had no effect on Replica. This allowed the team to take him by surprise.

Initially relatively shy and timid, Replica has become more confident of herself. Yet she still stays in the background, letting others decide what to do. Treating her team mates as family, she’s extremely loyal, even to those she may not get along with.

She retains strong religious convictions, although not as fervently as prior to spending time with Protégé. These sometimes bring her into conflict with team mate Spirit of Vengeance.

The daughter of a pair of Durlan travellers, she left Haven when the Legion freed its populace (see DCU History for Rancor or her lieutenants). But she was unable to join since her powers would duplicate Chameleon Boy’s.

Source of Character: Guardians of the Galaxy, Marvel Comics.
Writeup completed on the 27th of August, 2012. 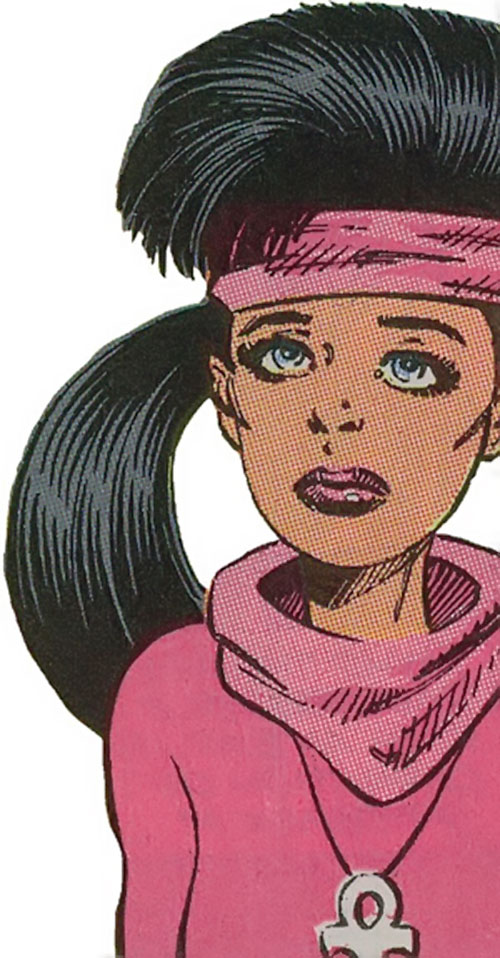 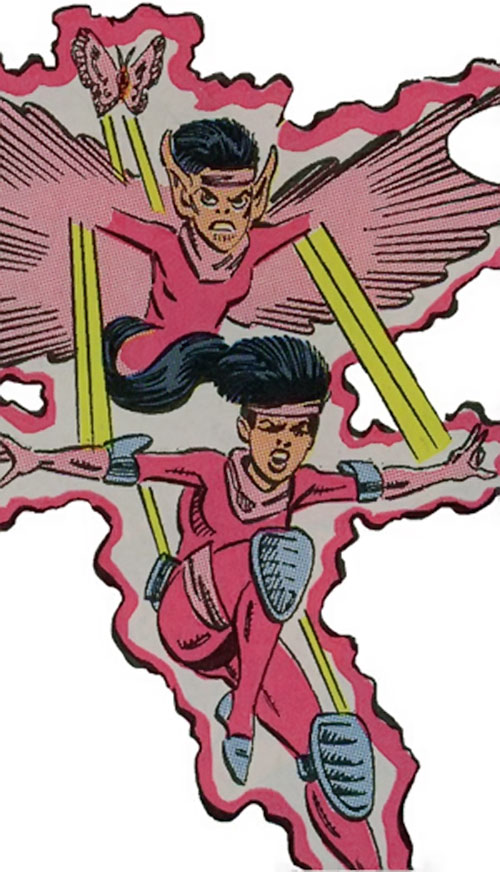