Mitchell Shelley is an extremely old man. He has been around since before the 20th century to the world of the 853rd century. As such he has acquired a vast knowledge of different skills and the usage of his powers.

Mitch has the powerful ability to regenerate physical damage, which works even after death, bringing him back again to a new life (which is why he has been living for so long). The regenerative process is due to small nanotechnologic robots, Teknites, in his bloodstream. These are also responsible for another effect ; the gift he receives after each death.

The gift is seemingly a random power with certain limitations or bonuses. Each life grants him a new gift, while he loses the old gift.

During the latest thousands of years he has learned to control which new power he shall receive upon death. But this is limited to the configuration that the Teknites have already had, so only former powers may be chosen freely (new powers are still random).

He carries a handy little Resurrector Device that allows him to die at will and by that process change power whenever the need for that. In time the Teknites have become much more efficient in resurrecting him than previously.

In the 20th century he used to be a crooked lawyer before his apparent transformation into the Resurrection man. It has been hinted that he originates from much before the 20th Century as he seems to have been fighting his arch-nemesis Vandal Savage from before recorded history.

From his lawyer era he gained knowledge in criminal and detective skills and during his later superheroing era he learned how to use any type of vehicles, weaponry, unarmed combat and much, much more. His long life has rendered him cool, efficient, planning, expecting, but he still can get very emotional about things.

During and after the 20th Century he became quite a regular superhero. He also began again to fight his old nemesis the immortal Vandal Savage. Before the current 20th century he seems to have fought Savage in the 1940s Germany, 1920s USA, colonial America, medieval China, ancient Roman Empire and in many other places.

In the post 20th century he fought Savage on the shores of Sirius, in the Glass Swamps of Zeta Sagitarii, in Beijing (where Savage killed his daughter), in Atlantic trenches, in the back streets of Antwerp, in the living forests of Canopus, the sweat dens of Brazzaville in real-time, through strata-space wormholes, in the shadow of extinction, between the folds of tesseracts, at the ends of non-linear worlds, in the spaces of Fornax, during the Californian Holocaust, at the edge of Mare Nectaris and in many other areas.

Much of his existence has been focused on the bringing down of Savage. During all these years their relationship has shifted from bitter enemies to old friends and indeed it is what Savage calls them : old friends.

In the 853rd Century he has become the tactical advisor of the Galaxy’s premier super team : Justice Legion A. He also is the custodian of Superman’s Fortress of Solitude.

During the DC 1M story line he confronted Vandal Savage in AD 85 271 at Syrtis Major on Mars, but was apparently, at long last, killed. Savage himself was sent in front of a nuclear bomb blast by the time traveller Chronos.

It was later revealed that Resurrection Man had survived, and returned to his role as a tactical advisor for Justice Legion A.

Shelley is an old man giving a powerful and experienced impression. He has, as the Resurrection Man, worn everything from jeans and T-shirt to standard superhero costumes and armors. In the 853rd century he wears clothes made of Tektites with a woven in Boom Tube for transportation.

This suit covers the entire body except his arms and head in black. He also wears silvery boots and a silvery belt along with black gloves. Increasing the impression he makes he also wears a black tektite cloak used for protection.

On his left arm there is the Resurrector Device, used to kill him with, which has a wire connection straight to his heart. Where his heart is there is the famed Resurrection Man symbol (yellow circle with the sign of Mankind used in messenger satellites).

His hair is thick and white going all the way down to the ground. Physically he appears very well trained and moves confidently and smoothly.

Resurrection Man: 1M is still very much like he used to be in the 20th century. He is more confident, analytical and cunning, but still emotional and caring. He now thinks rather quick and seemingly analyses all situations from the view of an experienced combatant and tactician.

He no longer seems to be guilt ridden by his mistakes in life as he used to be, but has come to peace with himself and his eternal life.

He is also still rational in most circumstances only rarely losing his head. He is very used to dying as well as pain as they are the only way for him to acquire the abilities he needs in any situation. Shelley really, really wants to bring down Vandal Savage permanently after having hunted him around for many, many thousands of years.

Note:
As Mitch always manages to get himself killed it would be advisable not to allow him to use HPs for any type of physical Last Ditch Defence or boosting of RV unless it fits extra well within the story. 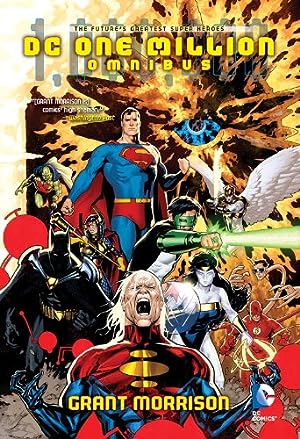 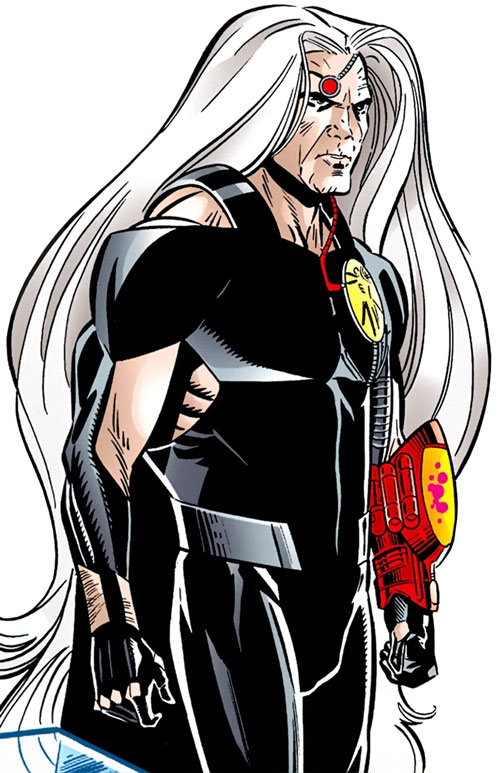