Mitchell Shelley was a crooked lawyer before his transformation into the Resurrection Man. As such he has knowledge of both criminal and detective skills which he now uses for helping people.

Mitch also has the powerful ability to regenerate physical damage, which works even after death, bringing him back again to a new life. The regenerative process is due to small nanotechnologic robots, Teknites, in his bloodstream.

Teknites are also responsible for another effect – the gift he receives after each death. This is a seemingly random superhuman power. Each life grants him a new gift, while he loses the old gift. This isn’t unlike Multi-Man.

Sometimes a clear physical change is also accomplished in the process. Such as becoming a skeleton, a phantom, a zombie or such.

Mitchell Shelley used to be a crooked lawyer who covered for bent cops. He whitewashed organized crime activities in the city of Viceroy. But stuff went over the top and his office was blown up. In this incident he lost his memory as an effect and he, having no memory of who he was, became a wanderer on the streets.

One day he was taken in by people claiming they were paramedics. These people took him, together with many other homeless people, to a secret research center. The homeless folks were all used as guinea pigs for experiments with nanotech robots.

The goal of the project, led by Director Hooker and assisted by Mr. Fancy, was to create invulnerable or immortal individuals via so called Teknites. Success would of course bring in enormous amounts of profit to the creators.

After having injected him with the experimental serum they shot him to see whether he came back to life. The serum did indeed work for Mitch and he got resurrected. The director then immediately used a portion of Mitch’s blood, but turned insane in the process.

In the fight that followed between the mad Director and the security staff Mitch managed to get away from there. Again wandering the streets he got killed by a street gang as he realized he could fly, but was resurrected again. He remembered some clues to what he had been before his current life and ultimately he got it all together.

The institute, wanting Mitch back for study, hired the two female hunters The Body Doubles to get him back. They eventually tracked him down, killed him, and got him back.

Unfortunately for the institute this was during the so called Genesis affair  which temporarily turned his powers off. As a result, they thought they’d got the wrong person. Again resurrected he defeated the Body Doubles and fled to Gotham City. There he managed to get killed three times in one night (!) and he also met the Batman.

At another earlier time he also managed to meet the JLA. From there continuing along the traces to discovering his old life, he wandered the land helping people wherever he could. The Hitman Tommy Monaghan got hired by an old criminal contact of Shelley, found him and killed him.

Later back again Hitman realized that Shelley was now a good man and helped him to remember his former life with the use of his telepathic powers. As a parting gift he killed Shelley again several times until he came back to life with a useful gift for his fight against the institute. In the coming fight he defeated the immortal Director in a reactor explosion.

After this incident Resurrection Man was left with no body. He wandered the world as an invisible, intangible spirit. When he finally got solid again he got possessed by the body snatcher known as The Rider. As this is how long the series have come, it remains to be seen what happens next to Resurrection Man.

According to the storyline DC 1 Million, Resurrection Man will survive at least into the 853rd century AD.

Mitchell Shelley is a slenderly built man often wearing a black T-shirt, dark trousers, black trenchcoat and a broad hat (with a white band around it). As he doesn’t really have any hero identity, he also wears very typical clothing fitting a wanderer.

Ordinarily he has either a long or short white hair and brown eyes.

Shelley is now a caring man trying his best to help people around him. As he himself put it: “I think, psychologically, that I’m trying to repair the damage my old self did. I want to try to do good by people… because I’m haunted by the specter of what I used to be.” He also tends to be rational in most circumstances only rarely losing his head.

Until he has forgiven himself his old sins he will probably wander around in the country continuing the good work and get all the facts straight about his former life. Strangely enough he doesn’t really have a problem with getting killed all the time, he just looks at the positive sides of it.

Drawbacks:
Dark Secret (crooked lawyer), Guilt, Married (no HPs), Unluck, SIA-risking life helping people, Stalked (Body Doubles, med, National), Note: As Mitch always manages to get himself killed it would be advisable not to allow him to use HPs for any type of physical Last Ditch Defence or boosting of RV unless it fits extra well within the story. 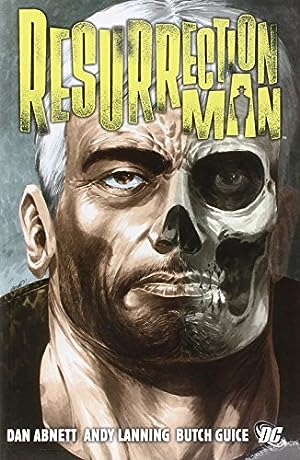