Due to reasons we have two profiles for King Mystery. The other can of course be found in the ever-so-useful “Related articles on Writeups.org” section below.

He is a gifted acrobat and martial artist.

Oscar Gonzalez, the man who would become Rey Mysterio Jr., was born in San Diego, California in 1974. His uncle was a local masked hero known as Rey Mysterio.

Mysterio was known for his great acrobatic skills as well as his proclivity for changing costumes and masks to keep the people (and his enemies) guessing. Which is how he earned his “King Mystery” moniker.

On his nephew’s 15th birthday, Mysterio took Oscar to the gym to train him in using his natural athletic ability. Oscar began wrestling and performing in local Lucha Libre (“free fighting”) competitions throughout Southern California and Mexico under the name “Colibri” (Cricket).

He quickly took to the sport and, before he was 16, was astonishing both audiences and fellow competitors with his acrobatic martial arts skills.

When Oscar turned 17, his uncle took him into Tijuana to buy a new mask from the same man who made his own wide range of costumes. The elderly man crafted the mask with special, quasi-mystical properties that would only become apparent later.

That night, Rey Mysterio invited his nephew to join him in his patrol of their town, wearing his new mask. When Oscar put on the mask for the first time, his uncle dubbed him “Rey Mysterio Jr.”. This activated the powers of the mask, giving Rey increased agility and acrobatic skill.

Rey Jr. has since become an popular and loved hero of his community, both operating alone, and in partnership with his uncle.

Mysterio Jr. is short, muscular and graceful. Without his mask, he possesses a babyface look offset only by his tattoos and earrings.

His mask is a full-head cowl with dragon-like designs on the side and a stylized crown insignia on the forehead.

Rey is young, cocky and confidant. No risk is too great. He thrives on challenges provided by much bigger, stronger opponents.

Rey Mysterio Jr. fits in just about anywhere. He might be a colleague of El Diablo.

Equipment:
MASK [/DEX/ 12 BODY 04, Acrobatics: 12. Bonus and Limitations: The Dex of the mask is factored into his Initiative when he is wearing it. If Rey is unmasked publicly, the mask loses both DEX and Acrobatics]. 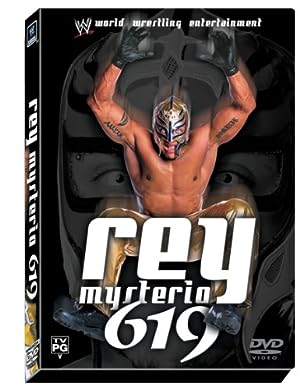 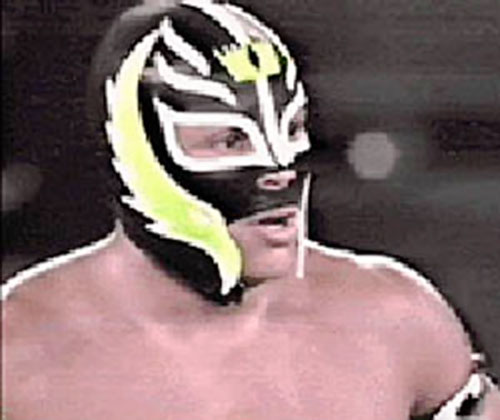