Them’s notes about a Player CharacterRPG characters played by a player, rather than the gamemaster or the computer.. I found them while on a daring speleological expedition in the forsaken depths of our soon-to-be-condemned Yahoo! Groups files vault.

*Normally*, I’d consider that there’s too little material for publication. But apparently it was the third iteration of those tiny notes. So I guess it was important to the author. And thus throwing it all away seems gauche.

She always was stronger, tougher, and faster than those around her.

One morning, she woke up with clearly superhuman physical abilities. She never figured out just how she got them or why. 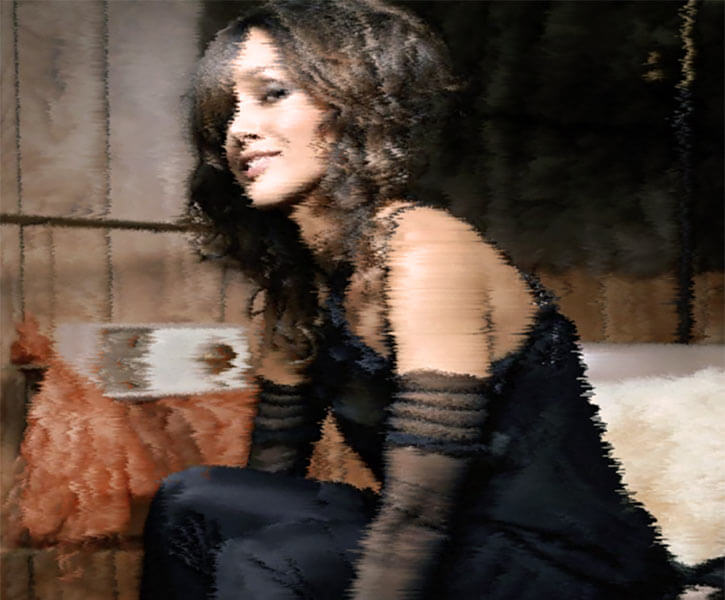 Rhana used to work for the mob. But she was adamant about not committing murder or theft. She was naïve enough to believe that she could take them at their word.

At first, it was like “go get this” and “go get that”. Pretty soon she was helping them cover things up. It’s not like she was doing those deeds herself.

One incident she couldn’t forget if she tried was that she was supposed to deliver a box to an apartment building. The recipients weren’t home, so she left it by the door.

As she left, the building burst into flames. She heard a little girl cry out. As she was about to go to her, the boss appeared and led her away. Later, she learned the girl’s name was Charilee.

Afterwards she left in a manner that she thought would leave the organisation unable to find her. So she thought. She came home from work and found her landlady dead with a note saying, “We found you, Rhana, and we can do it again”. She realized they were daring her to run again.

She did just that. She went to an out of the way town and found work as a bouncer at a local bar. Think Patrick Swayze in Road House.

There she lives. It’s been years, but still she can’t shake the paranoia that they already know where she is. Maybe she should run again. Surely with her skills she could find a job as a bouncer at an obscure bar or something…

(We used an abstracted-out, older pic of Jennifer Beals as an illustration since we *think* it was the feel the author was going for — Ed.)