Rhiannon is a physically fit woman, faster and stronger than she seems. She also has thousands of years of experience, and the training of a Celtic priestess.

She has a nearly hypnotic effect on men she’s interested in. This makes them faithful and highly protective toward her.

The forces of nature tend to help Rhiannon, and her ancient hideouts are cunningly designed.

Johnny Domino crossed the path of a woman named Rita a few times, and felt strangely drawn to her.

She once invited him to play for a charity dinner, claiming that she knew of his music. Later during the soiree, the room was plunged in the dark and a hooded figure kidnapped two young women.

The Night Man followed, and stopped the hooded figure before it could sacrifice its victims. He then discovered that the hooded figure was Rita and that Rita was actually Rhiannon, an immortal prehistoric Celtic priestess. Rhiannon was intrigued by the Night Man, and although she fled it was obvious that they would meet again.

We shall meet again !

The Night Man later found another of Rhiannon’s hideout. He confronted her, and Rhiannon claimed that the Night Man was one of the few she met who was worthy of her love. Although strongly attracted toward her, the Night Man couldn’t act on these feelings. She had, after all, killed thousands over her long life.

During a subsequent scuffle, Rhiannon fell from a cliff into the sea. For the badly distraught and confused Night Man, the only thing that was left for this night was to play the blues. However the elements saved the priestess Rhiannon from her fall.

The Night Man since encountered Rhiannon on several occasions. The priestess was in love with him and was attempting to win him over. He always rejected her due to her murderous nature, despite being attracted toward her. And she always escaped him.

This comes as no surprise. To anyone. I’d be surprised if that didn’t at least partially inspire the Night Man story.

Rhiannon is a calm thrill-seeker. She enjoys life, no matter how interminable, and wants to have the best, most interesting existence possible.

A large part of her philosophy revolves around natural selection and over-the-top elitism. Only the best, most dedicated are of interest to her, and they must prove their mettle when faced with deadly danger.

Likewise, she does not see anything wrong with her immortality rituals. Feeding on lower classes of mammals, such as uninteresting humans, is seen as natural.

“To live five millennia is to see men at their best and at their worst. There are no illusions left. But there is always passion – with passion comes life !”

Rhiannon may have been an early disciple of Circe.

Drawbacks:
Misc.: To perpetuate her immortality, Rhiannon must consume organs from two sacrificed young humans. She must do so every six years, following a cycle (first glands, then hearts, then eyes, to prepare specific elixirs). 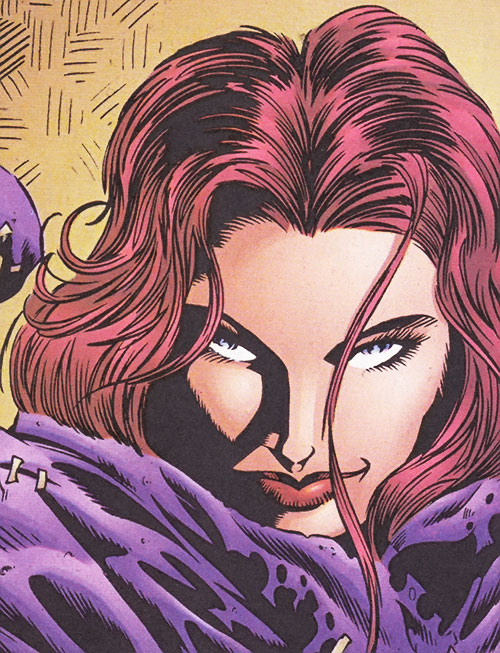