This guy appeared just once in 1972, early during the Adam Warlock saga in Marvel comic books. He’s not that remarkable, but the distinctive visuals, ties to the Warlock mythos, and generic usefulness are pluses that led to a profile.

If you’re not familiar with Counter-Earth, the New Men, etc. reading the High Evolutionary character profile first is advisable.

Rhodan is, as the name hints, a super-evolved rat-based New Man. This entry assumes that he has the senses and abilities of a rat, though they were not demonstrated in his brief appearance.

He carried a mace (and possibly an energy pistol). He also had two attack animals… from space !

The solar storms of the star-sun Helios !

Rhodan’s improbable hounds apparently lived outside the photosphere of a star (?) as a mated pair. They were captured by the crew of the Wundagore-3 and somehow tamed. The stats below assume that they indeed can survive such an environment.

The captions explain that their “true form” is “random solar impulses” and that’s what Adam Warlock turns them into using his soul gem. Go figure.

Rhodan is presumably one of the New Men who were created in 1966, when the Man-Beast commandeered the laboratory of the High Evolutionary. This generation was uplifted using a weakened form of Isotope C. 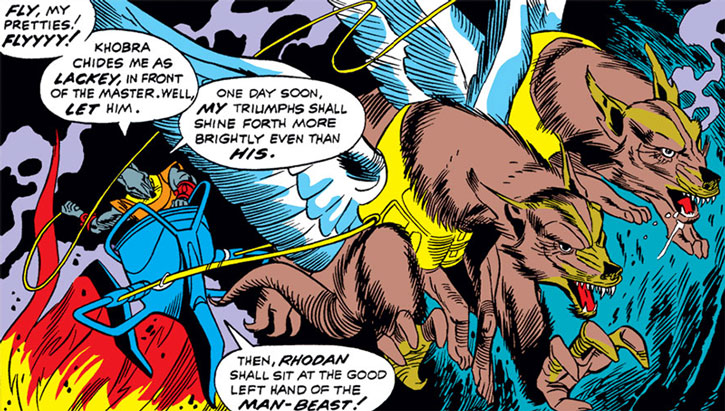 The Man-Beast and his creatures were exiled to an uninhabited galaxy. Yet they came back just as the High Evolutionary was creating Counter-Earth. They sabotaged this would-be Eden out of spite, then infiltrated Counter-Earth to finish ruining it.

When Adam Warlock came on a messianic mission to save Counter-Earth, the Man-Beast sent his agents after him. The first to engage Warlock was Rhodan.

The Man-Beast had dramatically under-estimated the might of Adam Warlock, though. The would-be saviour easily killed the two Hounds of Helios, then reverted Rhodan into being a normal rat.

Rhodan was apparently killed by a mouser cat minutes later.

Rhodan was reputed as a “relentless assassin” among the Man-Beast’s servants.

He seemed quite confident about his ability to murder people, but turned tail in a panic when he saw how easily Warlock killed his beasts.

“*Squee* I have been advised of my mission, sire. My hounds stand as ready to slash and rend as the day we first snared them, amid the solar storms of the star-sun Helios.”

Rhodan, master of the Hounds of Helios

Bonuses and Limitations:
Super Hearing picks up high frequencies, not low ones.

Rhodan isn’t really seen in action, so the stats are largely speculative. 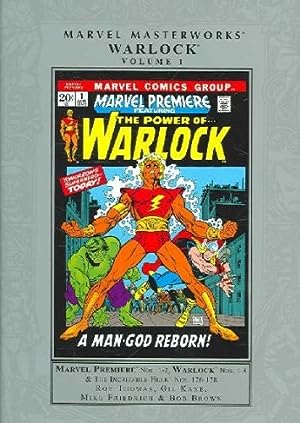 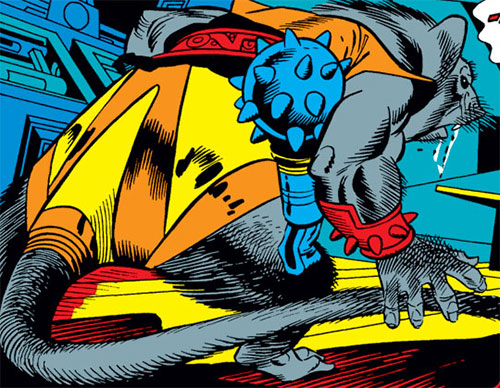 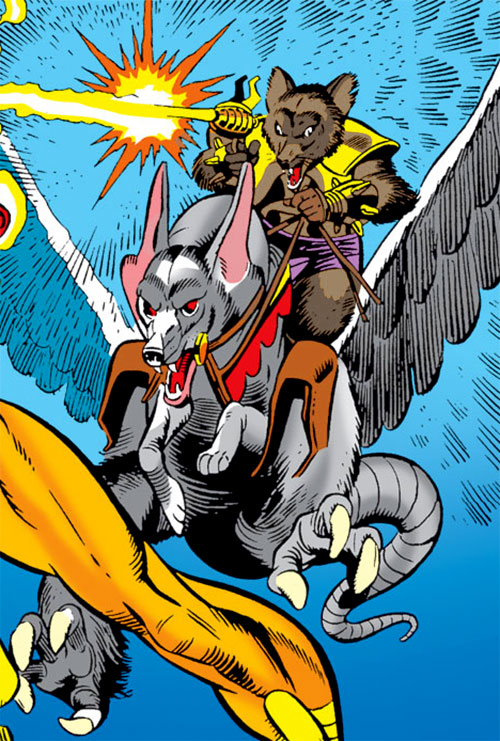 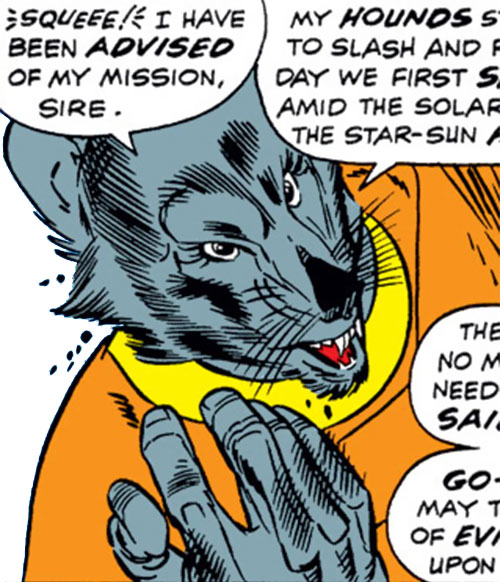 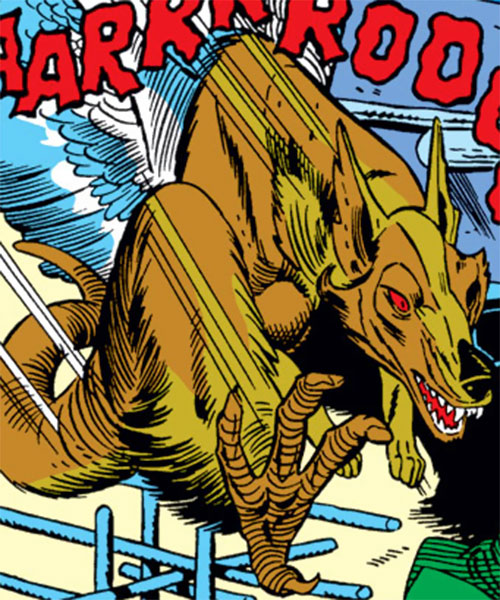