Ricardo Montoya-Bernal has superhuman agility and reaction times, as well as superhuman strength, which is among the highest in the world among novas.

He can sense danger in advance and is resistant to both physical and mental attacks.

He is capable of flight and can redirect the kinetic energy of his own impact into a larger surface, allowing him to bounce off the surface.

Montoya-Bernal has since developed some problems with Taint, but his friendly manner and immense talents have kept anyone from bothering him about it. In the meantime, he allows the paraphysicians at T2M-Am to poke, prod, and study him to determine what can be done to help him.

Montoya-Bernal occasionally receives letters from his family asking for money, but he throws the letters away. He believes that if they want something, it’s time for them to earn it.

Ricardo grew up in the south of Mexico, the oldest of five children. He was the only one in his family with any ambition at all. Consequently, it was up to him to work to provide food for his family. While he resented the situation that put him in, he felt it was his duty, but they would have to stand on their own feet eventually.

That time came sooner than expected. He was challenged to a fight one day at work, and he declined, only to be jumped by his challenger. Bernal, angry with his attacker, with his family, with his country, and with life in general, erupted and tossed the bully into the ocean — 50 meters away.

Montoya-Bernal was fired for his troubles by his nervous employer. But he didn’t care. He knew what the appearance of nova powers meant. He left his family to fend for themselves for once and joined the XWF (a nova shootfighting organization). There he made an enormous sum of money very rapidly.

To his dismay, he quickly found the quality of people associated with the organization to be questionable (at best) and beneath contempt (at worst). By that point, he had established a name for himself, and when Team Tomorrow needed attractive new faces, they invited Ricardo to join the team.

Ricardo Montoya-Bernal is a heavily muscled Hispanic man with black hair. He has green skin and “spiny fins” on his calves and forearms, much like a lizard.

He wears a T2M Eufiber uniform. Unlike most of his teammates, he wears a mask in the tradition of the “luchadores” of Mexican Lucha Libre (professional wrestling).

Montoya-Bernal helped Roulette found her operation (“The House”), but managed to escape early on, realizing that all was not what he expected it to be. He occasionally associates with the JSA (through their mutual enemy), though not in anything resembling a full-time capacity. 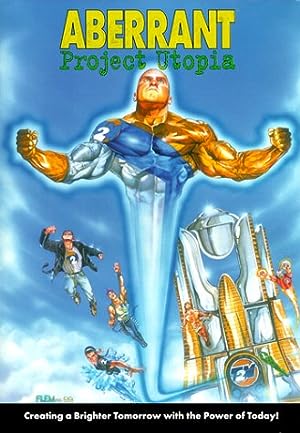 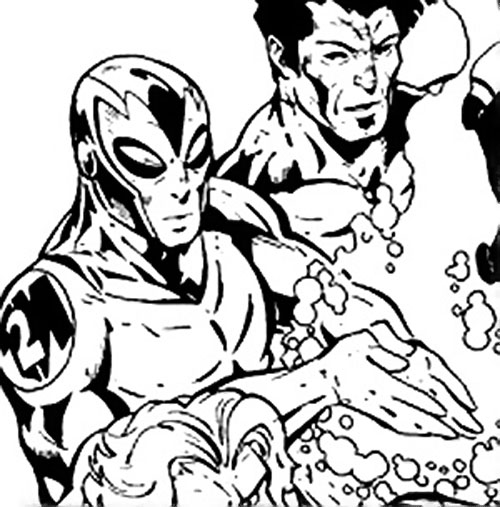