Richard Dragon was written by veteran author and editor Dennis O’Neil, who had a strong interest in Asian martial arts and philosophies. This interest also famously influenced his best-known work on Batman or Wonder Woman.

This profile only covers the character before the Crisis on Infinite Earths.

Richard Dragon is an awesome martial artist, trained by the greatest master in the world. After years of training, he reaches the lofty distinction of being probably the best martial artist on Earth.

Dragon is a man of starkly astounding resolve and power. His talents as a man of action are vast, and he is a cold and unstoppable machine at pretty much everything he does.

When he focuses his inner energies (usually by touching the jade claw pendant the O-Sensei gave him), his spirit and body become (metaphorically) like unrelenting granite.

Few things are known about Richard Dragon’s past ; his father died in an accident, and left him with a large townhouse in Manhattan, complete with expansive walled garden, and some wealth.

Somehow, Dragon ended up a drifter and small time thug in Japan. While in Kyoto, Dragon attempted to steal an ancient Buddha statue in the dojo of the O-Sensei. Sensing the nobility and destiny buried deep below the hate seething within the violently bigoted Dragon, the O-Sensei intuitively asked him to become his pupil, alongside his current student Benjamin Turner.

Despite Dragon’s racist, angry scorn, the two calm, smiling men easily handled his attempts at physical assault and won him over.

Dragon trained for 6 years in the martial disciplines and sciences of both the East and the West. Eventually the O-Sensei came to the conclusion that the teaching was done, and that both Dragon and Turner should go back into the world.

Another man, however, was monitoring the progress of his students – Barney Ling, a member of G.O.O.D., apparently an international law enforcement organization.

Turner, in particular, was won over despite his initial misgiving when Ling told about the anti-slavery activities of G.O.O.D.. Within days, both Turner and Dragon found themselves in Sudan as G.O.O.D. operatives, fighting against a slavery ring.

That first mission was successful, and they returned to the O-Sensei for a year. As they left again, neither Dragon nor Turner had clear plans, though Dragon was thinking about opening a school in the United States.

They were joined by Carolyn Woosan, the goddaughter of the O-Sensei, just as they were leaving – since the young woman was to study at the New York City University, travelling together sounded sensible.

Within minutes, though, it became apparent that other factors were involved – as thugs savagely attacked the trio, attempting to kidnap Carolyn for unknown reasons.

It later became apparent that Ms. Woosan was hunted because of her uncle, Mr. Shiruto – a scientist who knew secrets highly sought after by the underworld. Before the feared assassin known as the Swiss could torture him, Shiruto had apparently mailed the documents to his niece and committed suicide so he could not be interrogated.

Despite Turner and Dragon’s efforts, Woosan was eventually kidnapped in New York City by thugs hired by the Swiss. Turner was wounded by a stray bullet, leaving Dragon to catch the thugs in a pawn shop. However, because of a chance encounter with some drunk karate students, the Swiss managed to escape with Carolyn. 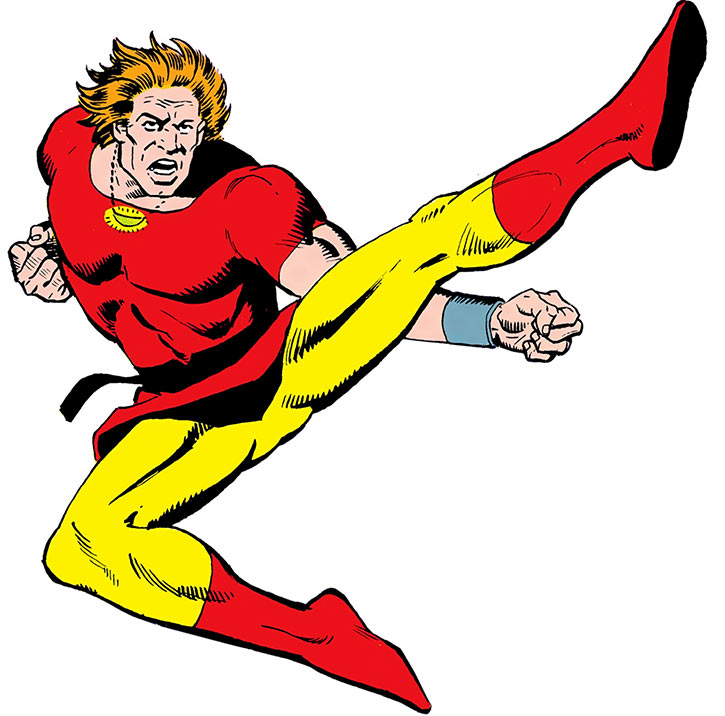 The killer recruited a small army of weapon masters to engage Dragon, but Dragon prevailed again – only to see the Swiss escape with Carolyn after covering his escape with napalm. Ling, of G.O.O.D., contacted Dragon and Turner again, offering them a solid lead to the Swiss.

Along with Turner, Dragon opened a dojo in NYC, teaching various classes in the martial arts. However, danger kept prowling around his and Turner’s life, and they often had to accept working for G.O.O.D. in exchange for critical information.

They almost always operated along with a third martial arts specialist, Lady Shiva. Shiva was an occasional G.O.O.D. agent, as she knew that Dragon and Turner’s missions were a surefire way to get involved in dangerous, violent activities.

Their documented adventures, however, ended on a tragic note. During a confrontation with the villainous Professor Ojo, Ben Turner was captured and turned into a brainwashed killer by the League of Assassins : he was now the dread Bronze Tiger.

Dragon confronted the Tiger twice, allowing him to start recovering his normal mind.

Dragon then disappeared in comic book limbo. He was not seen again before Shiva took Vic Sage, the Question, to him for training.

Now a hermit, Dragon appeared crippled and confined to a wheelchair. He nevertheless trained Sage to bring him to a far greater level of martial mastery, philosophical education and spiritual enlightenment. Some months later, Dragon came to Hub City in his wheelchair to meet with Shiva – and at one point just got up and walked.

When Sage asked him why he had faked his handicap, Dragon said he hadn’t faked anything. He had willed himself to lose the use of his legs as part of his spiritual development and meditation, but that part of his path was now over.

He also wisely observed that Sage, a super-macho jock type before studying with Dragon, would have never accepted another man as a superior and teacher… unless he viewed him as physically harmless and not a challenge to his alpha male instincts.

Dragon later trained a few other people. For several months he was a sensei to Oracle – teaching Barbara Gordon how to fight, move and live without the use of her legs.

Aside from helping her cope with her handicap, he taught her a modified form of escrima, using paired fighting sticks patterns custom-designed to be used from a wheelchair. He also helped her centre and redefine herself to such an extend that she became able to throw her old lives aside and acquire the skills and willpower that would make her Oracle.

Dragon was living as a homeless man in a Gotham park at that point, and taught Barbara every night.

Dragon, along with his former pupil the Question, also trained the Huntress for three months to center herself, slow down and free herself from her neuroses and vendettas. Ultimately, however, the Huntress proved she was far too caught in the circle of blood to hear their lessons.

Under unknown circumstances, Dragon then retired to the mystical city of Nanda Parbat, in the Himalaya, to continue his study and his long road toward true mastery. There, he was reunited with his friend Charlie – the Question.

As he knew he was dying, Charlie asked Richard to train his friend Renee Montoya, a young woman of great potential who was pretty far along a road of systematic self-destruction due to her perceived failures.

Though Renee only spent a few weeks training with Dragon, the Kung Fu Fighter guided her to take her first step on the roads of self-discovery, spiritual healing and kickass mixed martial arts training. After helping Charlie pass away and seeing Renee return to the outside world for good, Richard presumably resumed his esoterical studies.

When concentrating, especially under the influence of the jade claw, Dragon becomes impressively stern and says very little. He appears cold and fearsome, as if made of solid stone – his skin becomes abnormally pale, his face sets as a rigid, expressionless mask and he seems to grow in bulk.

This intimidating countenance often has defeated thugs start telling everything they know without Dragon even asking them to.

Post-Crisis, Richard usually sports a full beard – and starts balding at the front by the time he trains with the Huntress.

Dragon is a quiet, intense person. Although he’s calm and disciplined, there is an undercurrent of rage that occasionally emerges. He takes the notion of duty very seriously, and will easily find himself responsible for situations arising around him – and once Dragon sees a problem as being his, he will normally attempt to solve it with either a few trusted allies or by himself.

Dragon does not have a clear-cut code against killing — if clearly necessary or if he’s angry enough, he will kill his opponents. He generally avoids doing so, however, and prefers that Lady Shiva follow his example. Mostly, he kills people who have murdered persons he cared about – close friends and loved ones are very important to Dragon, and a situation threatening someone he considers close to him will often uncharacteristically get under his skin.

Dragon sometimes gently flirts with the attractive Lady Shiva, though this has only ever gotten him icy and biting retorts.

Post-Crisis, Dragon was an enigmatic Zen master, an inscrutable wise man who had grown far beyond his Kung Fu Fighter years.

“As the O-Sensei says, ’A man’s actions are the architects of his reward‘”

“Remember the words of our teacher… the O-Sensei. ‘Until you achieve oneness with all creation, your honor is your greatest possession !‘ We’re a long way from a perfect spiritual state, Ben ! So we must preserve our honor — and Carolyn was in our care when the Swiss grabbed her !”

“Would you care to rephrase your request politely ! I *admire* politeness !” (fight ensues)

(Holding his dying friend, who was killed by a samurai) “Death… always death. Without end — without reason — DEATH ! Then so shall it be ! Strike, samurai — and pray strike well !”

“I am glad the O-Sensei included ninja training in our courses.”

“Our first priority is the stolen submarine ! Until it’s returned, the world will think of us as thieves. No kung fu disciple can accept such a name !”

Vic Sage : “That’s great. That’s beautiful. I’m gonna learn to fight from a… a cripple ?”
Dragon (wryly) : “Maybe learning to learn from a cripple is the first lesson.”

M. Fermin : “So you pretended to be handicapped ?”
R. Dragon : “I allowed myself to be handicapped as part of my own learning process.”
M. Fermin : “Whoa. Are you implying that everyone who’s got a disability wants to have it ?”
R. Dragon : “No. Only that some have options. I was one of those. I was a teacher back then. I am about to become something else. So I discarded that option.”

Drawbacks:
Minor Rage (only if a friend is wounded or killed, 1 pt), Attack Vuln. (-1CS OV/RV against attacks threatening or harming loved ones – usually those are Spiritual attacks).

Equipment:
Jade Claw [BODY 02, Misc.: The claw allows Dragon to shift Genre by one Column at the cost of 5 HPs. When he does this, the ghostly shape of a beast sometimes appears around him then dissipates. The beast is usually a sort of bear-tiger thing.]

As a Genre rule, guns are deadlier than usual in Richard Dragon : Kung Fu Fighter stories. Note that this set of Genre Rules is actually pretty common in adventure comic books with such street-level, non-spandex clad protagonists.

Note that mooks, being aware of those modifiers, will occasionally spend HPs on their attempt at stealth in order to deliver one of those very efficient Blindside attacks. 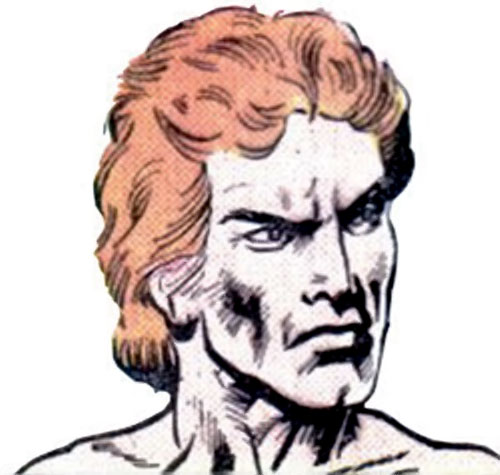 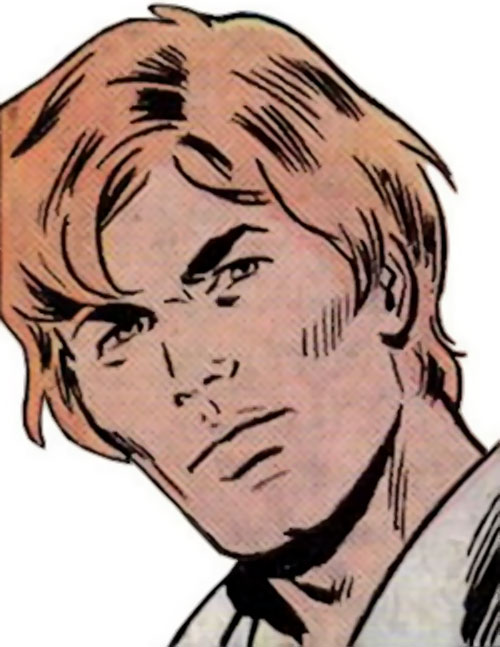 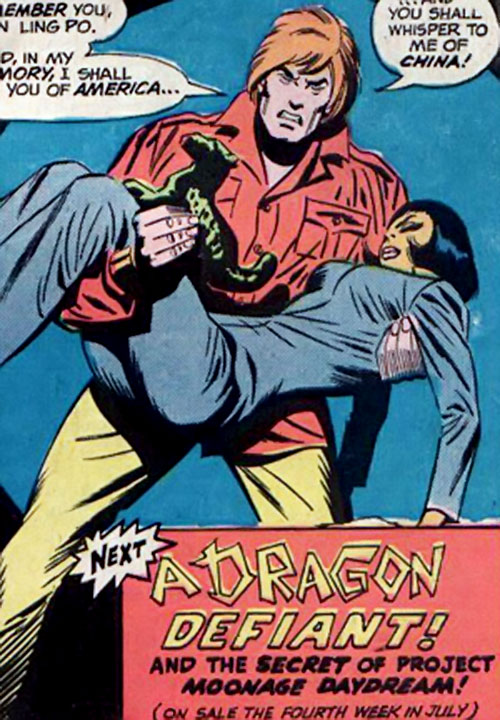 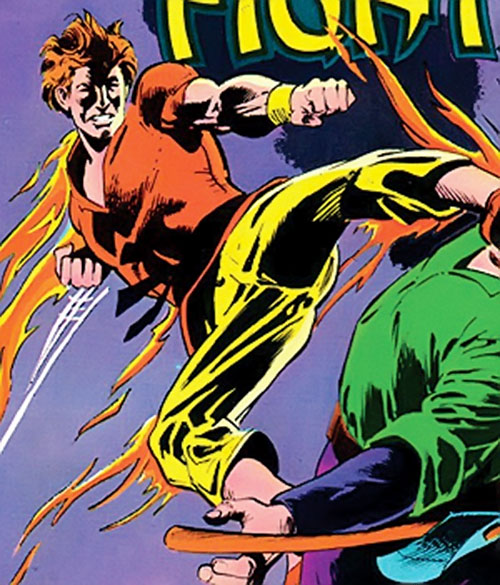 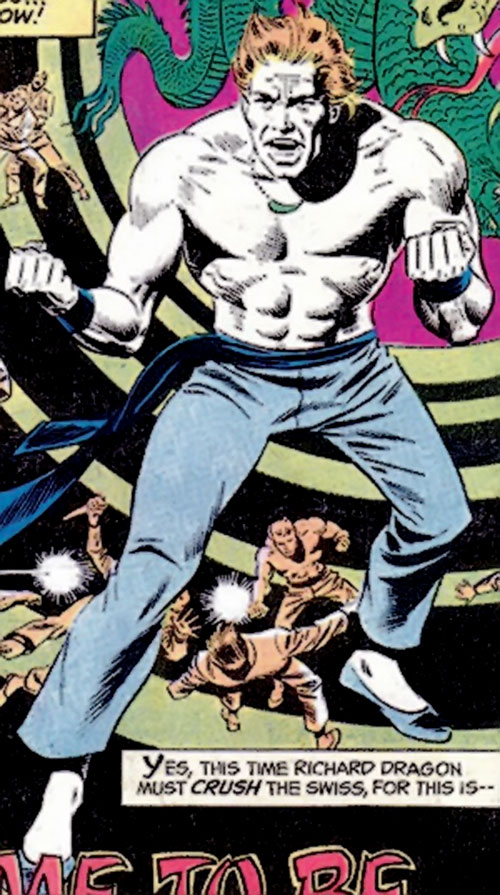 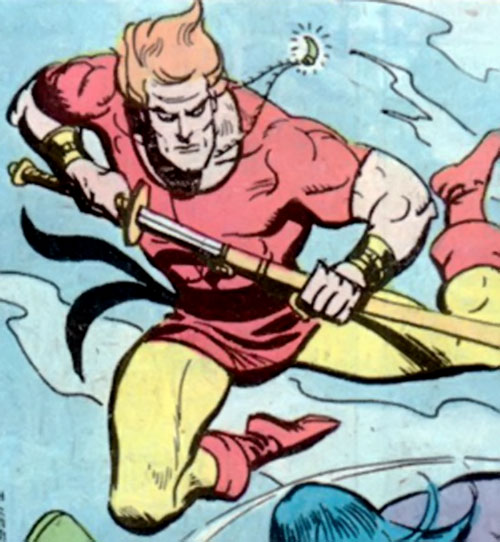 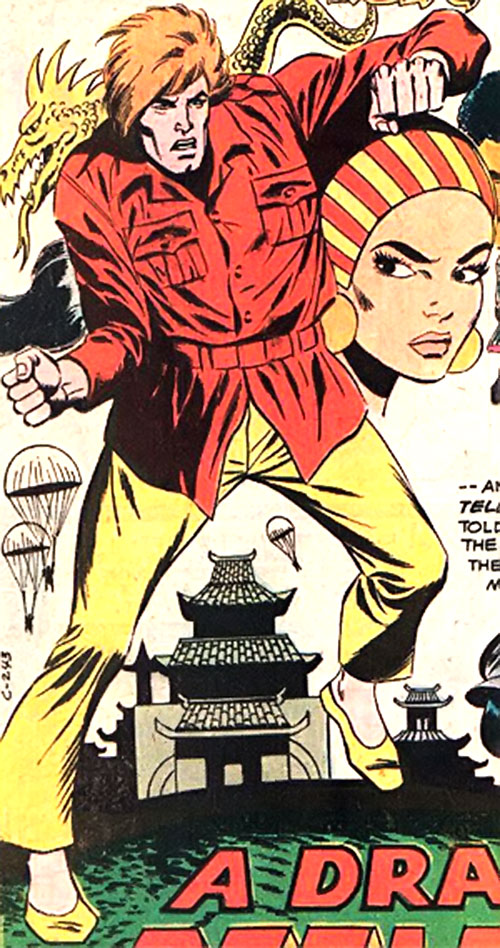 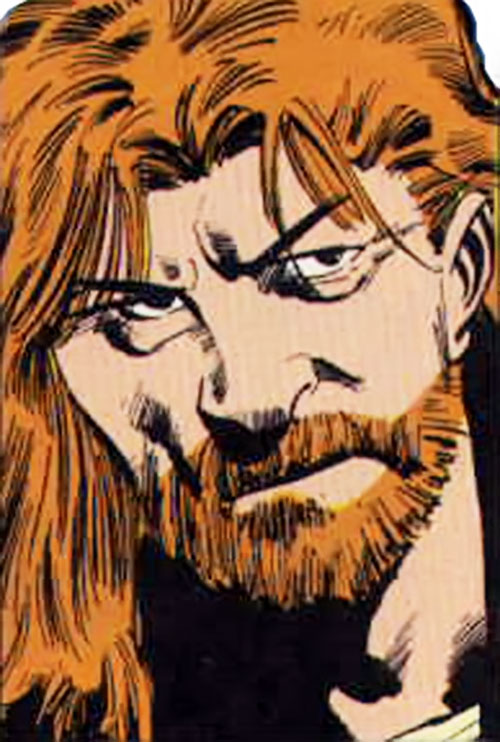