Having been trained by the best, Rick Jones is an able fighter and acrobat. He is mostly able to take care of himself, even against slightly superhuman opponents. His hobbies include playing various musical instruments, including the guitar and the harmonica.

Rick Jones possesses latent unlimited psionic potential, as according to the Supreme Intelligence all mankind does. But he needs a powerful catalyst to unleash it such as the omni-wave projector or the nega-bands.

Richard Jones is a young man in his 20s. He is highly fit, well-trained and in excellent health. He is of average height and has brown half-long hair as well as brown eyes. Usually Rick is seen in ordinary clothes such as jeans and a T-shirt.

Rick’s main personality streak seems to be his impulsiveness. This tends to often get him into complex and dangerous situations. Another personality trait is his knack for bad timing. This trait eventually led him to meet/create the Hulk.

It is important to Rick that nobody thinks of him as a coward. In reality he is very brave and courageous, having been toughened up by all his adventures. He is not usually very easily surprised, but as being with the Hulk includes very special circumstances, it sometimes happens. 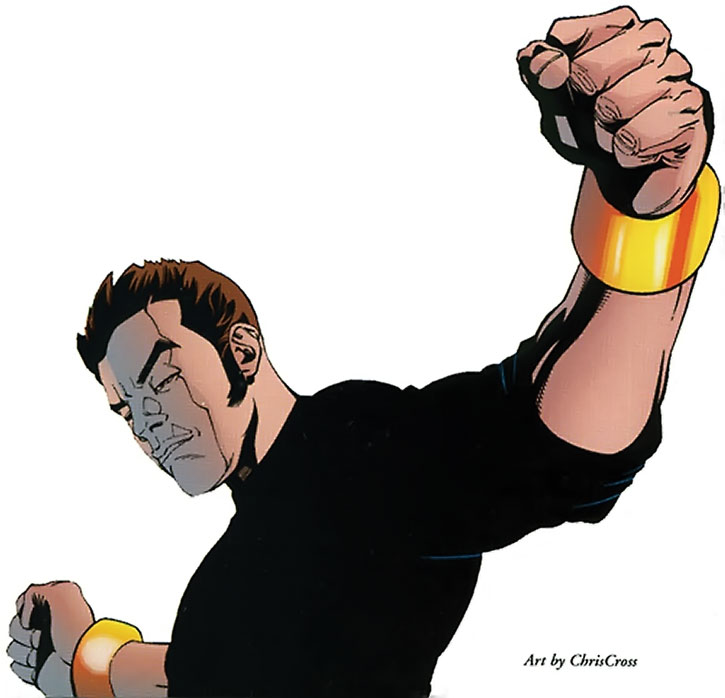 Rick is also quite strong mentally. His wife Marlo is his great love and she is very important to him. Dr. Bruce Banner aka. the Hulk is still also a great friend. He is usually recognized in the public as the Hulk’s friend.

While not always very cooperative, Rick is always a faithful friend. There is no doubt that Rick wants to life all parts of life and loves a good adventure.

Rick is part of the Hulk’s supporting cast and should only be part of a campaign to which the Hulk is connected. He might also be used as a temporary side-kick for several vigilante type heroes of the DC-Universe. He is even usable in cosmic-type campaigns due to his massive latent powers.

He would probably have joined up with Captain Comet’s L.E.G.I.O.N. later on with, at least, his teleportation power activated. 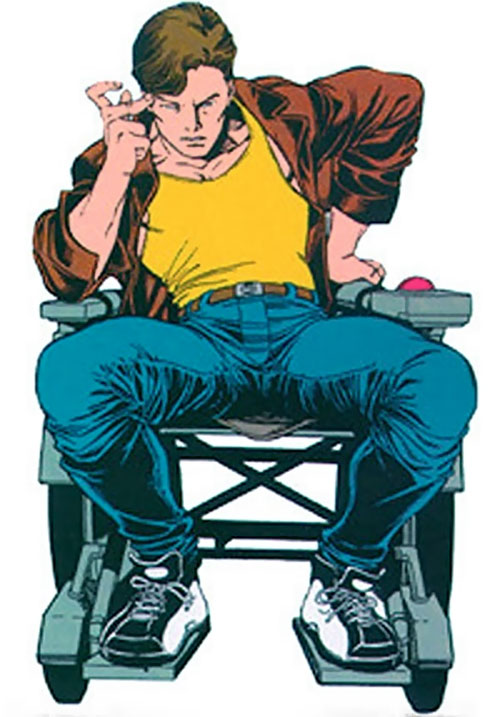 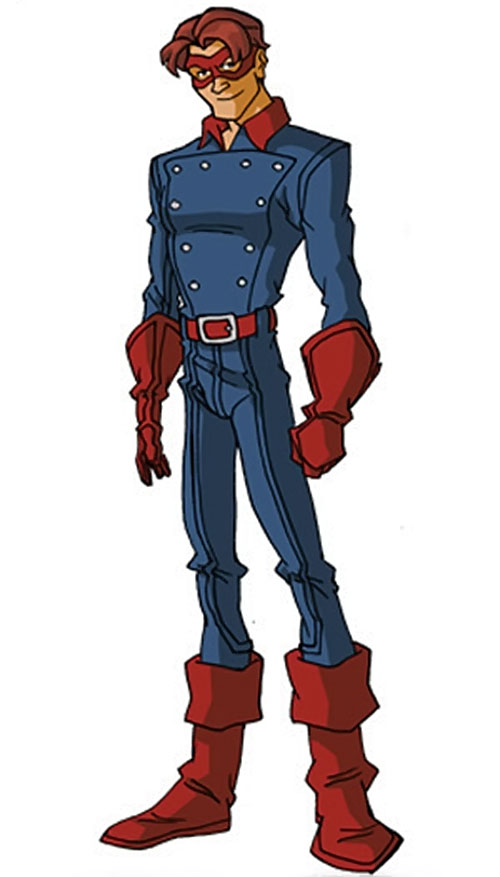 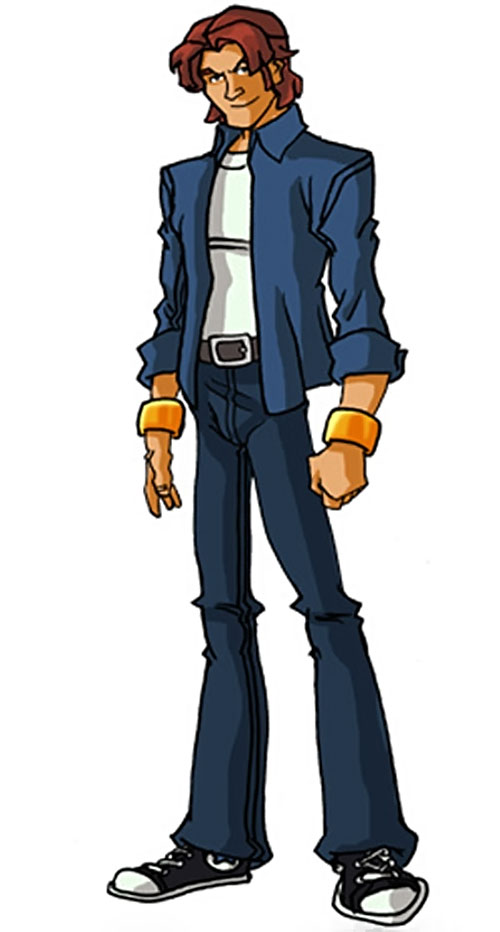 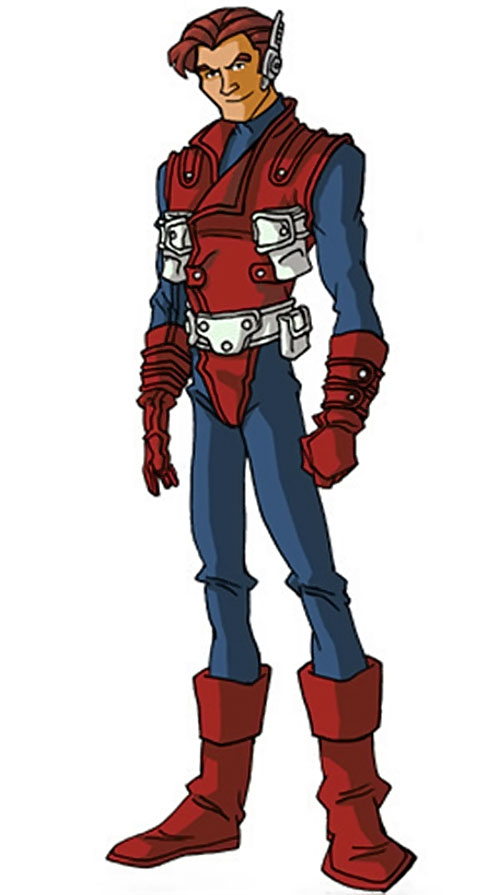 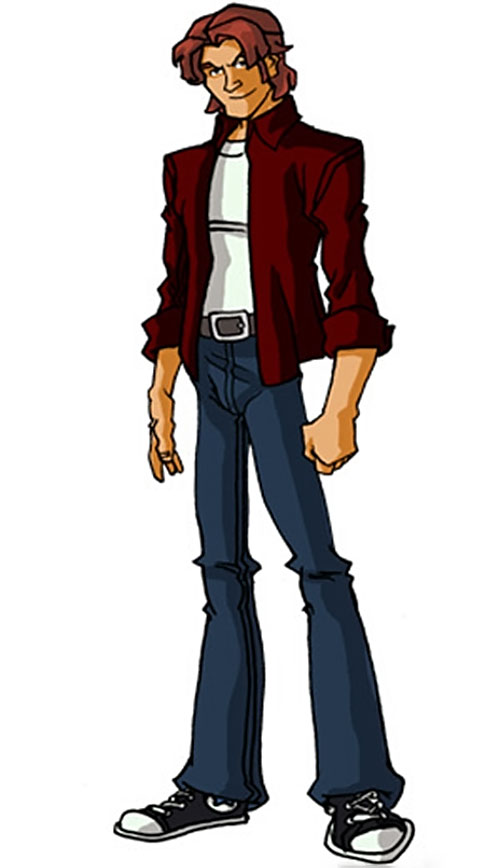