Riff-Raff is a professional underworld driver. She is normally hired for high-risk operations. Examples include :

Her driving skills are low-cinematic . She’s but slightly under Larry Vincent’s level. She also seems to be a superior car mechanic, capable of blueprinting  classic competition engines.

Her reflexes are of course excellent, and she throws a surprisingly mean punch. She has a strong personality, robust nerves and significant criminal experience.

Riff pays a costly subscription to the then-cutting edge BBS  operated by K2, the “information mafia” serving as a data broker for the underworld. This provides her with excellent news about criminal activities and likely employers.

Riff-Raff has an equipment kit. Presumably, it’s a sports bag with her gear that always rides along with her. It includes a police siren, and some medical equipment such as morphine syringes. She’s apparently never armed, to make it extra clear that she’s hired to drive and not, in any circumstances, to fight.

For a complex, violent driving job with a big score, Riff charges about $50K (in mid-to-late 1990s dollars).

Back to the snake pit

Her usual ride is a customised AC 427 Cobra roadster  (year unspecified), which has earned her the nickname “Snake Charmer”. It has been converted to a hardtop, and includes a nitro injector. Riff-Raff personally blueprinted the V-8, considerably improving performance (and helping it withstand the nitro).

Even without the nitro, her Cobra held its own against a 1998 Dodge Viper RT/10 . This is about 185mph, which means that Riff-Raff’s Ford FE 427 V-8 engine is tuned to the same standards as the best competition AC Cobra Coupés of the 1960s. 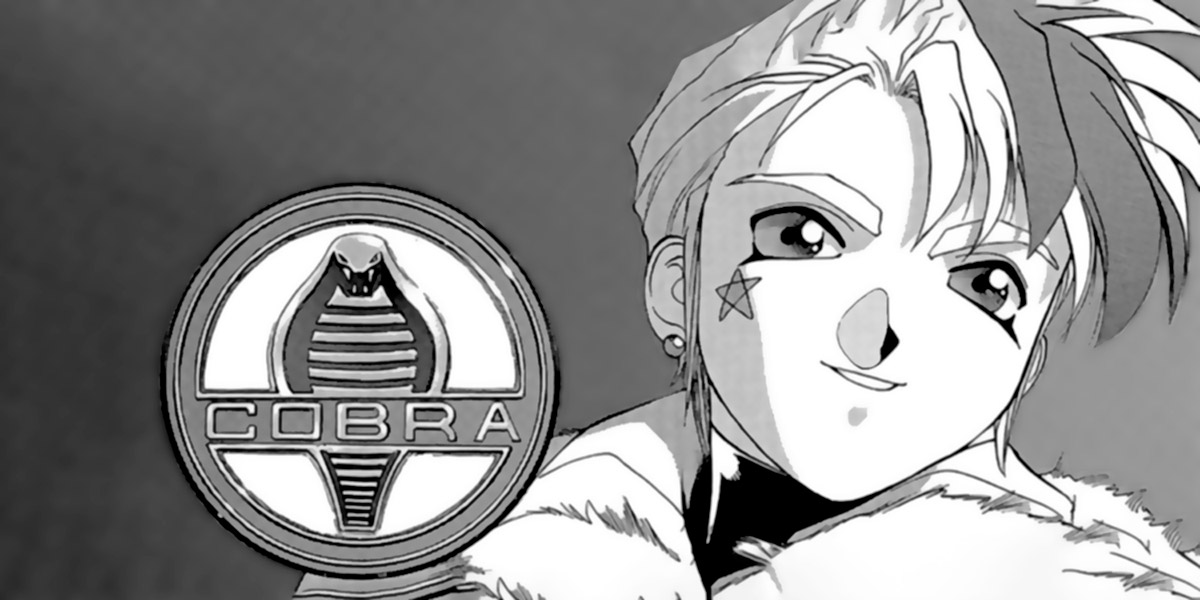 Her Cobra isn’t suitable for all jobs, though. It’s a little two-seater with a small trunk, a curb weight barely above one tonne and little possibilities for armour.

She can easily procure more discreet cars. Presumably she boosts them – the game stats assume that she has good skills at defeating automobile security systems. She seems to prefer European cars. Her Cobra is of course British, and when helping Bean she stole a Citroën French import.

When a job required something massive and off-road capable, she drove a HMMVW .

The first time, Riff was scheduled to race the legendary driver Bean Bandit as a way to settle an underworld dispute. Though Bandit initially wasn’t interested, he liked Riff-Raff’s spunky character and classy 427 Cobra. Thus, he agreed to race.

However, Vincent barged in to make three-way competition, as she was trying to stop the drugs shipment that Bandit was carrying.

Riff-Raff’s client cheated and opened fire on Bandit during the race, seriously wounding him. The Snake Charmer was furious about that. Once she was paid she soon located Bandit and assisted him. That was both to apologise and suggest a later rematch.

A few months later, she was hired by a crooked lawyer as a getaway driver. Riff-Raff selected a military surplus HMMWV for the jobn since it involved offensive driving and off-road shortcuts. Realising that Larry Vincent was attempting to foil her employer’s scheme, she covertly phoned her. Riff-Raff gave Vincent decisive clues about what was going on.

As she had hoped, Vincent showed up with her Mustang GT500  during the job, giving Riff-Raff a chance to race her anew.

Based on the animé  adaptation, one assumes that Riff-Raff is blonde with a shock of hair dyed green, and has brown eyes. She uses makeup to paint a dark pattern with a downward spike around her eyes, and has a small Star of David tattoo on her right cheek.

Riff-Raff has a fiery, assertive personality and little tolerance for bullshit. One gets the impression that this is in part to compensate for her gender in a particularly macho world.

She has also a strong mercenary’s honour. Riff-Raff will do everything she can to complete the contract she was hired for, to the letter. If the parameters change, though, she’ll demand a significant bonus. She once quintupled her rates on the spot as things were going real sour.

With her temper, she has a tendency to punch people who give her crap. This might include her clients if they seriously and repeatedly break the rules.

Riff-Raff is hyper-competitive. Her main goal is to match her skills against other elite drivers’ in balls-to-the-wall high-stakes races. And she is willing to imperil a job or lose money over it. She’s adamant that such races should be fair, and will angrily reject any attempt at cheating. 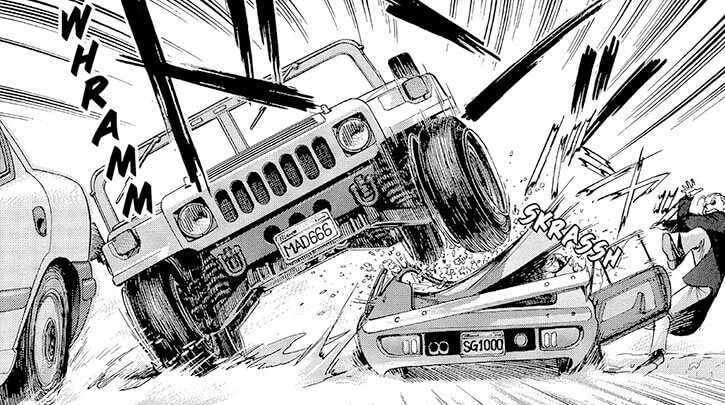 If somebody seems to be as good or better as she is, she’ll offer her sincere respect and will be prone to helping them. Especially if that facilitates a rematch. Riff-Raff is prone to trash-talking before and during such races, and to assuming that she’s going to win and can stake a lot on that.

She is interested in building up her cred, and in self-promotion. She’s probably the one who came up with the “Snake Charmer” and “Speed Angel” nicknames.

Riff-Raff is after high-payoff jobs, proving her skills against other big-name drivers, and other opportunities to look fearless, confident and badass.

Riff-Raff makes it very clear that she’s the wheelwoman and nothing else. She’s keenly aware that getting embroiled in underworld affairs would be very bad for her health. Thus, she ostentatiously sticks to what her standard contract says that she will do. Everything else that happens isn’t her problem and she won’t get involved.

In some respects — particularly her way to execute on her contracts to the letter — Riff-Raff seems to have modelled herself after her rival, Bean Bandit.

“We’re about to hit the straight, baby… time to put some miles in the bank !” (engages the nitro)

“I’ll help out, por nada. I want a chance to race you fair and square.”

“Hey, excuse me if I didn’t feel like taking orders from some butthead who’d start a gunfight right in the middle of Lincoln Park ! Or maybe you really *are* stupid enough to order me to chase him when I couldn’t even *see* ?”

Jones: “Why can’t you shake a goddamn amateur ? She’s glued to our fuckin’ tail !”
Riff-Raff: “’cuz she’s got a four-hundred horsepower killer block, that’s why !”

“My job is to get this car to its final destination without any cops on my tail. It’s none of my business if the cargo wants to play with guns, or get a different ride.”

Bonuses and Limitations:
Gadgetry only for realistic auto mechanics work.

As usual on writeups.org, the stats are done without considering the rather high-powered official stats for generic NPCs.