Hawk and Animal are both moderately skilled fighters. Their limited skill comes from their time on the streets and their years of experience. They have little-to-no formal training.

Many years ago, both Road Warriors used an early version of the metahuman steroid, Freak (before it had the name). This version of the strength-enhancing chemical gave them a lower level of superhuman strength that users of the current Freak enjoy, but at less of a toll on their bodies and without the addictive side effects or need for continuous use.

Thus they each have significant superhuman strength, although that strength has waned over the years.

Both Road Warriors can also channel an internal superhuman adrenaline supply into their bodies, temporarily increasing their strength.

Hawk and Animal have also found that, when within at least 10 feet of each other, the can emit a powerful explosive force. Their adrenaline reserves can also be used to increase this, although they both must do so at an equal rate, or the one capable of emitting less destructive force will take damage from the excess power. They refer to this explosive effect as “The Doomsday Device.”

Finally, Hawk and Animal can link with the ground. This makes themselves not only unmovable, but capable of temporarily ignoring injuries. Enemies refer to this effect as “No Selling”. It is a method of psychological warfare and a reference to their unwillingness to let their enemies look the slightest bit effective, even if they are doing significant damage.

The young men who would become the Road Warriors grew up on the streets of Chicago. Involved in the street gang scene, they were rescued from a major police bust by a man named Paul Ellering. Ellering took in Hegstrand and Laurinaitis. He convinced them that by avoiding their old hangouts and gang friends, they could avoid jail.

While Ellering became a father figure to the two, he could hardly be said to have their best interests at heart. After earning their trust, he convinced them to take a prototype form of the metahuman steroid, Freak (almost ten years before it was reintroduced in its current form). They gained superhuman strength and abilities within days. Then Ellering began the next step in his moneymaking scheme.

He dressed Hegstrand and Laurinaitis in spiked body armor and war paint. Then he dubbed them “Hawk and Animal.” Referring to them collectively as “The Road Warriors”, he finally explained to them why he had pulled them out of the gang. He wanted them to join his gang.

Ellering’s organization, “The Legion of Doom”, was a fairly large network of soldiers-for-hire (both metahuman and non-powered). The Road Warriors became the crown jewels in the Legion. Ellering began hiring them out to work in conflicts all over the world.

During their time with Ellering (just under 10 years), Hawk and Animal faced everyone from the Four Horsemen to the Hart Foundation to Kevin Sullivan’s “Varsity Club” to Mr. Perfect’s father, Larry “The Axe” Hennig.

A recurring theme in their career was the elimination of other groups attempting to cash in on their gimmick. In 1990, they batted a group calling itself Demolition – even with three members (Axe, Smash, and Crush), Demolition was unable to handle the Road Warriors.

Far less successful at challenging Hawk and Animal were “The Powers of Pain” (The Warlord and the Barbarian). Going so far as to wear face paint similar to the Road Warriors, the Power of Pain stole several lucrative contracts out from under the Warriors. That lasted until Hawk and Animal caught up with them and made short work of the imitators.

Animal suffered an arm injury in 1992 and Hawk parted ways with the Legion of Doom. He met a Japanese strongman named Kensuke Sasaki while on a solo job in Tōkyō and the two became friends. Hawk and Sasaki (calling himself “Power Warrior”) formed “The Hellraisers”.

The Hellraisers found much the same kind of work that Hawk and Animal had been performing for Ellering, as well as trying to move in on The Great Muta’s criminal trade.

After 3 years, Hawk returned to the U.S., leaving the Hellraisers behind him. While he had been gone, Animal teamed with several other partners, including his brother, Johnny Ace, and a former pro-football player known as “Droz.”

In 1996, Hawk and Animal reunited under Ellering when Ellering approached them with a sizable financial deal in exchange for their cooperation in helping him compete with Scott Steiner’s Freak business. They assisted Ellering for a tidy sum, and then settled into their old routine of doing business for him.

Hawk and Animal continue traveling the world, taking any jobs they can get, but finding it harder and harder to capitalize on their reputation. The Legion of Doom has disbanded and Ellering manages the careers of the Road Warriors exclusively.

Both Road Warriors are ill tempered and mean, even towards their allies. They shout and growl a lot. Hawk does most of the talking for them. Animal is slightly more reserved, while Hawk has a drinking problem.

Hawk is a tall, muscular, balding blond man with his hair shaved into parallel stripes. He wears a red and black logo painted on his face.

Animal is slightly shorter and more muscular, with a black mohawk and a batwing design on his face with a spider in the center of it.

Drop them into the DC Universe as is. They would have provided a significant challenge for The Hitman.

Shared stats for Hawk and Animal

At their peak, both Hawk and Animal had +1 AP to their DEX, STR, and Martial Artist.

“I am the Proculator of Destruction!!!” 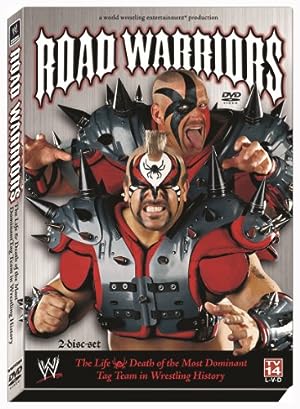 Road Warriors: The Life and Death of the Most Dominant Tag-Team in Wrestling History 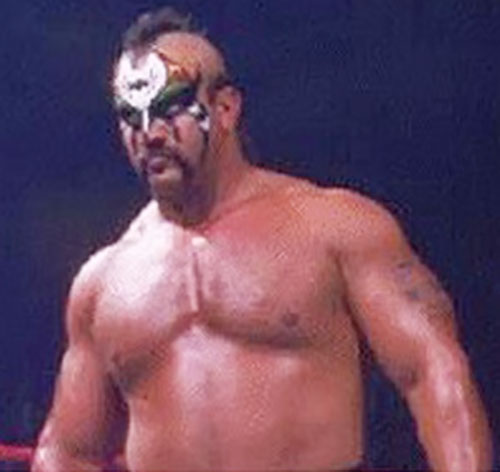 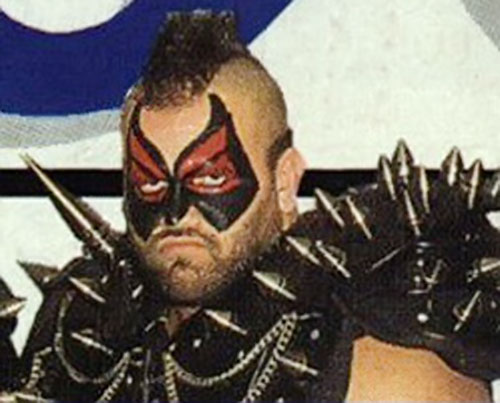 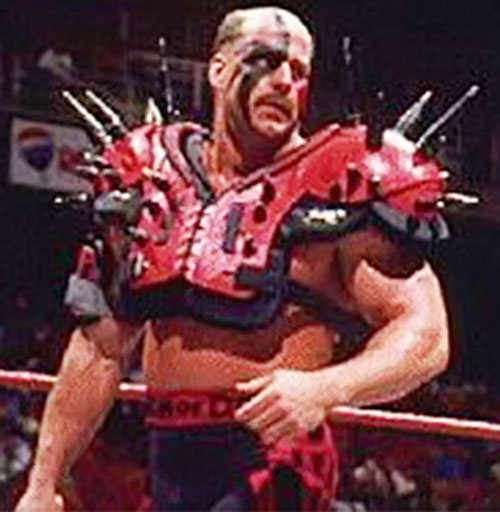 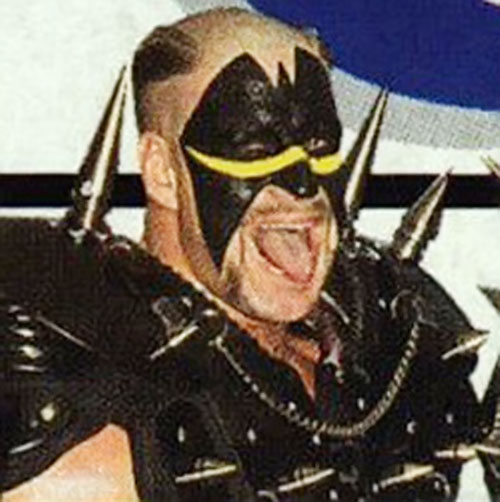