Robert’s style focuses upon lethal kicks, his signature move being the Genei-kyaku or Spirit Kick.

Robert can also draw energy from the earth to enhance the speed of certain kicks, or hurl energy blasts.

Robert is a very stylish affluent pretty boy. He typically wears his long hair in a ponytail and dresses in nothing but the finest clothes. Similarly his fighting style is very flashy.

Robert had a black shirt and brown vest in KOF ’94/‘95, and then donned a blue shirt with long sleeves and white neck from his AOF 3 incarnation for KOF ’96. In KOF ’99, he went back to his KOF ’94/‘95 outfit, but his black shirt had longer sleeves.

“Do I have to fight again ? Let’s start working out.”

“They say there’s a great mastermind in the military zone.”

“If any master exists, I’ll pulverize him.” 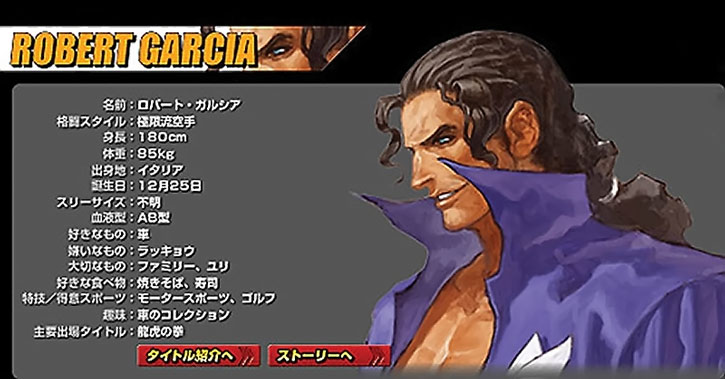 “Imitation maybe a form of flattery, but what a wimp !”

“The king of Kyoku-gen karate is about to clean up. Grrr.”

“If everyone loves a winner, I am freakin’ irresistible !”

“Talk about petering out ! Fight to the end, fool !”

“Yes ! Once more I pull victory from the ashes of defeat !”

“Lighten up. Looks like we got a sore loser here.”

The Sakazaki Family can be inserted whole cloth. Takuma would have likely trained Bruce Wayne when he was younger.

Equipment:
He supposedly has a collection of high end Italian sports cars that he modified himself, which we never ever see. Don’t forget his lucky coin as well ! 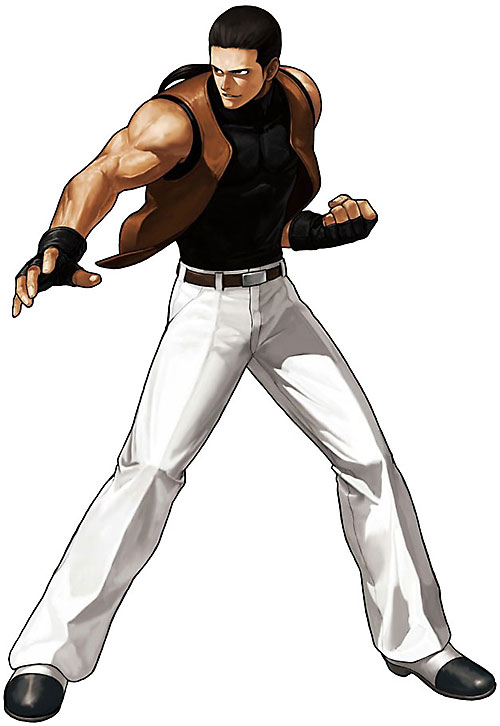 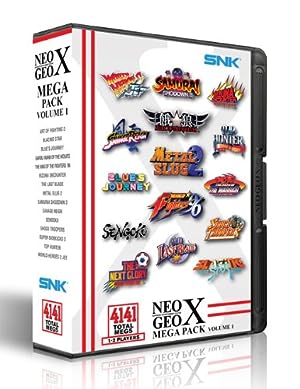 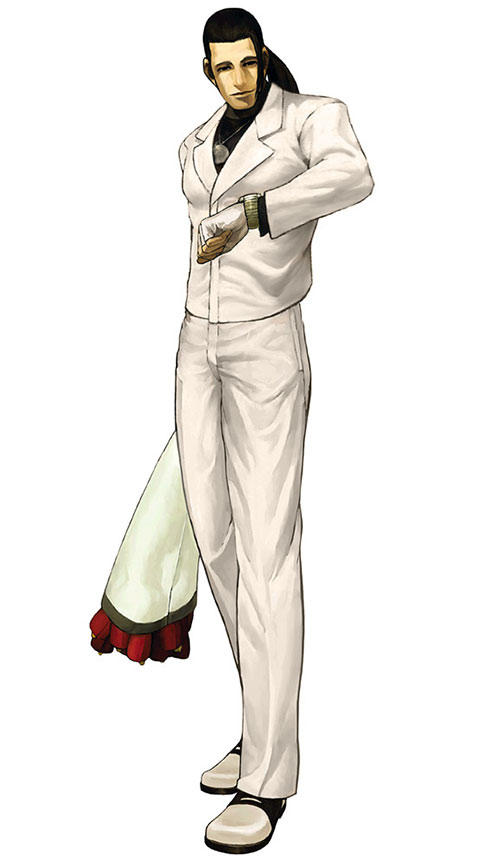 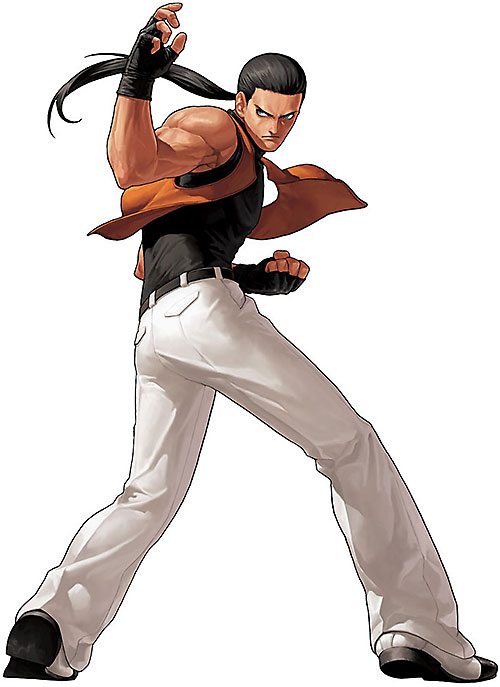