Roberta the maid appears in the Black Lagoon manga  and animé  series. This odd character, a legendary soldier turned maid, chiefly functions as an extended homage to the Terminator movies.

Roberta is an unstoppable combat monster. Her action skills are near-superhuman. She has .45 semi-autos up her sleeves, and her umbrella is bulletproof with a SPAS12 shotgun camouflaged as the handle.

Roberta is impossibly strong and fast, and carries an arsenal in her suitcase (including a squad automatic weapon).

Her skills as a chambermaid are questionable, though.

Rosarita Cisneros is a former FARC  killer, trained in Cuba. She became dreaded throughout Colombia due to her massive bodycount, and was called “the Hound of Florencia”. She eventually left the country as she grew disillusioned with the FARC’s agenda, considering that they were no longer serving the Revolution.

As “Roberta” she became a maid for the Loveless family, in Venezuela. Why the family put up with her mediocre cooking became obvious when the Mainsarera Cartel kidnapped Garcia Loveless, and took him to Thailand. Roberta came to recover Garcia and essentially blew up everything and everyone, even steamrolling Revy, then left with Garcia.

Roberta and a fellow “maid”, Fabiola Iglesias, later returned to Roanapur to search for whoever had killed Diego Loveless.

Roberta usually wears a full maid outfit, plus decorative glasses and her umbrella.

Roberta wants to put her old life behind her as much as possible. Thus, she acts as a meek, polite professional maid. In combat, many of the visuals and events surrounding Roberta evoke the T-800 Terminator.

“I am just a lonely soul who has come all the way from South America. I am in search of a place where I can find my countryman.”

“I hope you’ll excuse me, but I’m afraid I may have to be rude.” (Shoots a cartel thug with her umbrella gun.)

(Quoting the Loveless family creed in Spanish.) “I swear on the name of Santa Maria to smite the unrighteous with my hammer !”

She can be inserted as is. Surely it would be funny if a group of villains kidnapped her young charge Garcia and got more than they bargained for when they encounter Roberta.

The Hound of Florencia

Roberta does not demonstrate the Military Science skill, but it is strongly implied that she is a legendary soldier so it’s only fitting that she have it. Feel free to adjust it to whatever suits your campaign. 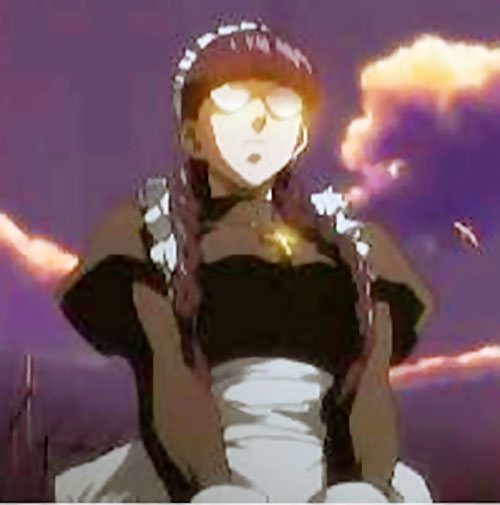 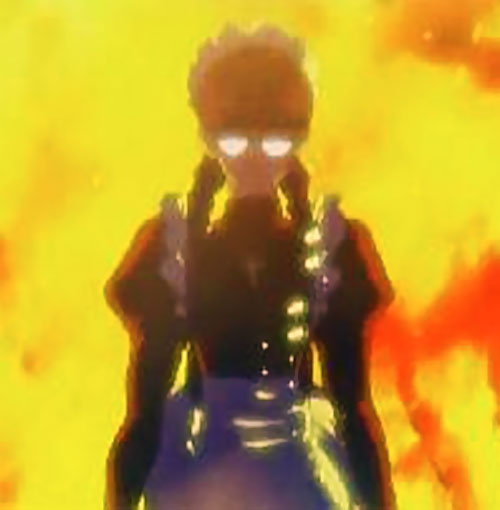 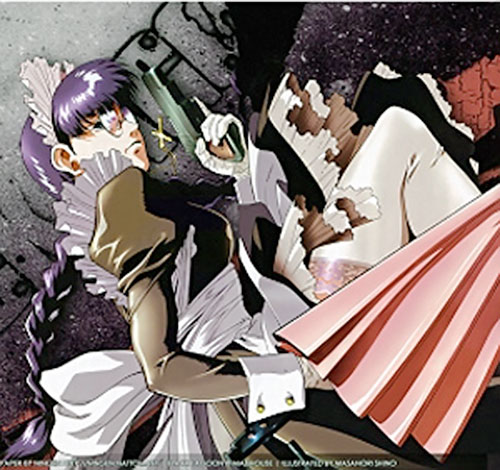