Roc is the wannabe rockstar of the Club. Yet he’s quite a simpleton, and most of his composing, singing and guitar playing is bad to mediocre. However, he has a few catchy tunes that have proved successful among the young Catalan population.

Despite his lack of success in most things he tries, he sometimes gets unusual, wild successes. Examples include suddenly speaking perfect English while having troubles to learn it, giving an unexpected invigorating discourse that warms cowardly troops, or writing much better than usual songs.

As a cartoon in a human body, he is more resilient than it seems, although he’s still subject to normal pain stimulus.

Fleeing from an unknown menace, five cartoon characters fell into our world, becoming humans. They took on the responsibility of defending the Dimensional Door, with the help of fellow children and youngsters who watch their whereabouts at the house over the portal.

Roc always wanted to be a rockstar. He was bored of living in a futuristic environment that he, unlike his mother, didn’t understand. His new situation proved perfect to try. With the “help” of Fluski, his cat-man manager, he’s gone all the way to understand what makes one into a star.

Fluski has tried to convince him to get a different image for international release. However, it hasn’t gone any far beyond really dark or really nerdy glasses, and striking commonplace rockstar poses.

Roc dislikes effort and loves to sleep. He is also a little dim-witted and understands little (or slowly) of what happens around him. Yet, he has an artistic streak. So he keeps composing and rehearsing the whole day, even if the rest of the House try to dodge his compositions.

He hopes to produce a great song. The problem is he as soon thinks he already has as disregards a good work as pathetic, jumping from enthusiasm and ambition to lack of self-confidence.

He thinks he is attractive but downplays playing the modest guy role, while the truth is he only openly attracts fans.

His relationship with Mr. Pla’s (their enemy) sporty and ever-hungry nephew, Patty, is complex. He is in love, and she could be too, but Roc’s uncertainty and Patty’s natural reserved behavior keep them from telling each other.

Although Roc unknowingly told Patty his true feelings once he started talking perfect English, while learning from her. Patty was shocked by both facts (the confession and the language speaking) and didn’t told Roc anything when he returned to normal and understood none of his own words.

“Fuaa !” (favorite expression for anything intense)

“You will cross the door and nothing else will be the same ; everybody looks so different, yet we’re all alike. Dare to take this step, you won’t regret : come on! Super 3 is waiting for you !”

The old Club Super 3 characters could well have stayed stuck in the Pre-Zero Hour Universe, given the final trick Megazero played on them.

On that line of thought, Megazero would be an avatar of the Kali Yuga given existence by the huge energies Parallax freed on the event. He would have became trapped in the pre-boot universe as the “white curtain” was defeated.

The Super-hand would thus be an avatar of the second Yuga manifested through Kyle Rayner’s creativity based ring and shaped from his surroundings (a hand) mixed with his view of Superman.

It took years, but finally the dimensions settled after Parallax’s defeat and the Super 3 energies started to flow again. They weren’t enough left to again produce the Super-hand avatar, but they streamed along an old house, soaking it, altering it to better suit their purpose… One day, Mxyzptlk managed to get killed by Badaboomsday and crossed to OUR dimension to meet the DC artist.

The excess energies where tapped by the Club’s spirit: they started dripping, colorful, dense, like thick paint, over the floor… and the Door appeared.

It was a link, an interface, a one-way bridge between the fantasy worlds the Club showed on tv and the DC Universe’s Earth: humans could cross from here to there, and cartoons from there to here, but neither could return. And the energies watched: they sought characters in distress, from series about to be cancelled, with a strong desire of something more than their tailored lives. But over all, deeply alone, the Club sought a family.

They met apparently by chance, being pushed by a scared Fluski (the offspring of Cat-Man and a cartoon she-cat that escaped during the pre-Zero Hour’s alternate worlds’ shambling), and became the latest incarnation of the Club, keeping its flame, creating, building bonds with and between the Supers, and bringing a little emotion to their lives.

Each was a link between the worlds: Roc was the essential link, his innocent body still bathed in cartoon energies; Fluski had the physical link, the Key; Alex brought the temporal and the intellectual links, establishing a security margin against further chronal-attacks, would Megazero return, and remembering mankind that impossible was nothing, just… to come. She was the link to the Cyberspace Dimension.

Pau had the storytelling link, his many adventures a wealth of scripts, and connected the House and the cartoon universe with The Green through Bonsai. And Lila brought the power of truth, art and willpower, through his camera, paintings and bold resolution: the childhood link, which stemmed directly from the Dreaming and the Faerie.

Roc is asking for some Jimmy Olsen & the Newsboy Legion adventures 😉

Bonuses and Limitations:
Dumb Luck is Minor Marginal and has MPB. 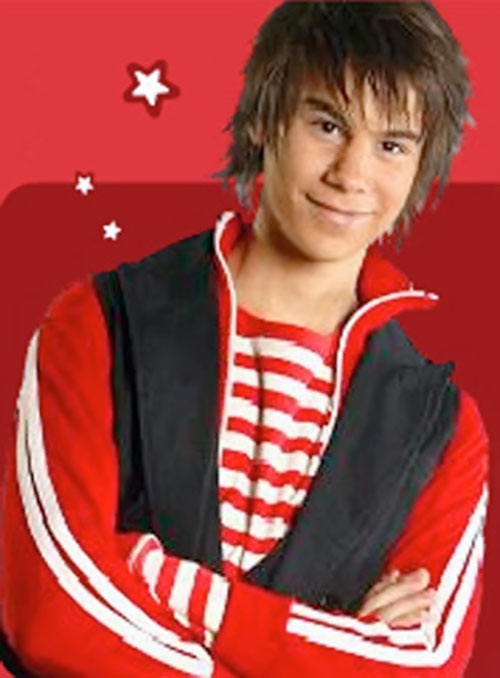 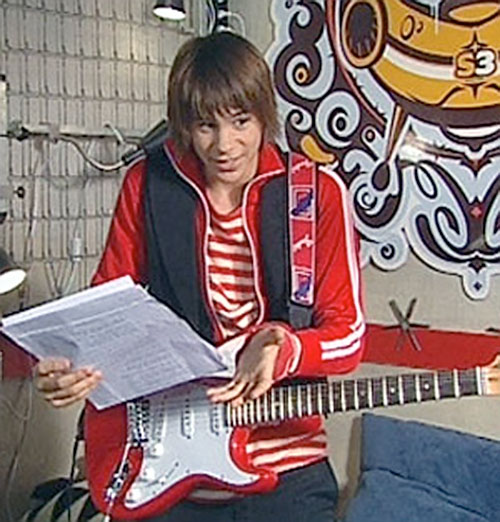 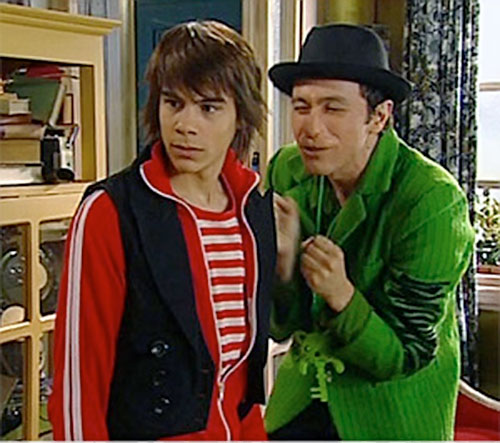 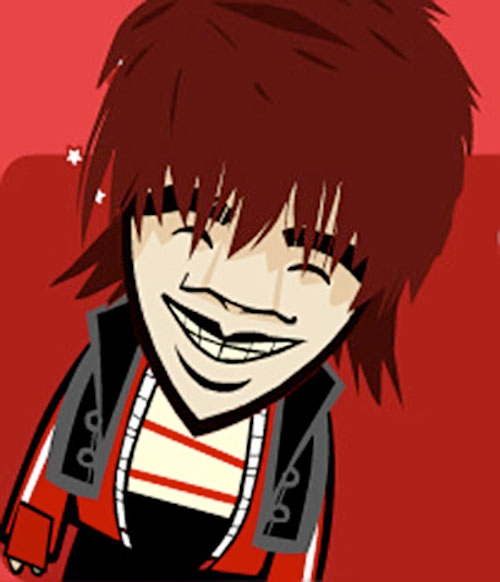 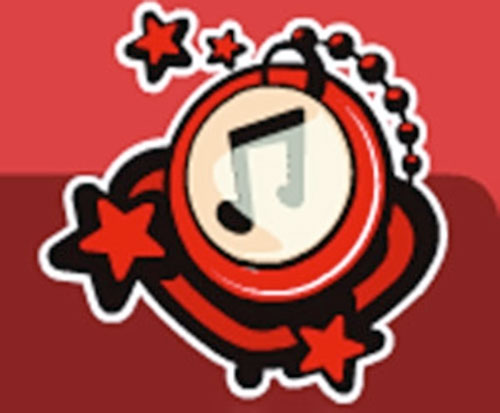