In the story, Rock is the one bright spot in a moral vacuum.

Within the Lagoon Company, Rock is usually responsible for account management, diplomacy, negotiation, and the occasional errand.

Having once worked in the resource investigation department of Asahi Industries, Rock is also skilled in geology.

He is also a skilled linguist, being effectively bilingual in Japanese (his first language) and English. Furthermore he has some fluency in other languages, including Spanish and Romanian.

Rock’s earnest personality has earned him the interest of several personalities in Roanapur. These include Balalaika, Roan, Jackpot, Pigeon, Yolanda, and Eda.

In many ways, Rock is the heart of the Lagoon Company, serving as a balance for his more jaded teammates and as a bright spot in the world of darkness that is Roanapur.

Rock’s life changed when the Black Lagoon Company stole an important disc from Asahi Industries. The goal was blackmail. Along with the disc the pirates kidnapped the courier, Rokuru “Rock” Odajima, who had no idea what was actually on that disc.

The Black Lagoon Co. while not the most law abiding people do have certain principles. For instance, they are hospitable to those they have taken prisoner. Thus when Asahi Industries hung Rock out to dry, he elected to join with the Black Lagoon pirates.

Since then the group has fought other pirates on the high seas. They also battled a Nazi remnant group over a lost painting.

There was always some tension between Revy and Rock. Mainly because Revy perceived Rock as being weak and unable to take care of himself. Finally one day while running errands the two got into a confrontation at a restaurant.

Rock firmly stood his ground. Revy almost shot him, but he managed to grab Revy’s gun a split second before. Since then the two have worked together well with only some minor friction. They often pair up with Rock acting as the diplomatic brains of the operation and Revy as the muscle.

The Black Lagoon Co. later kidnapped the heir of a decaying Columbian drug cartel. That put them into conflict with the family’s maid, which was *bad* news.

After that they were hired by Mr. Chang to deliver some documents to the UN. They had to dodge terrorists all the way. Despite her misgivings Revy did save Rock when he was captured during this episode.

Rock is a nondescript Japanese man in his mid-20s. He is extremely formal and diplomatic in his speeches and mannerisms in a distinctly Japanese way (e.g., he bows a lot). He also always dresses as a salary man complete with suit and tie, though he generally goes without the jacket in the balmy Thai weather.

Rock is a humble and mild-mannered person. Even when on the business end of guns from friend and foe alike.

He still wears a tie and short-sleeved dress shirt (even though Revy went out of her way to buy him a Hawaii-patterned shirt ) and prefers to use words over weapons when interacting with others.

Throughout the series, Rock is unsure of where exactly he belongs. He obviously didn’t like corporate life much and describes a rather distant family relationship. His parents apparently don’t think much of him since he didn’t pass his college exams on the first try. They pay far more attention to his older brother, who has a governmental job.

Odajima-san sticks with Lagoon Couriers because he considers them his friends. But even then, he is often taken back by the violence that is a regular occurrence in Roanapur.

Interestingly, it is this aversion to violence, as well as Rock’s use of diplomacy when dealing with others, that has brought him to the attention of such people as Balalaika, Yolonda, and even Eda. The latter seems to be romantically interested in him.

There is a rather strong implication at the end of the series that he will adopt a slightly more villainous or ruthless attitude. This has yet to be seen, but it is shown that he has grown considerably more jaded due to his continued exposure to the underworld.

“When I was invited by [Revy], it was like something blew through me. Something snapped.”

“These are my friends, but they’re worth sticking with.”

“I feel like I’ve been running away since kindergarten.”

Roanapur is an interesting setting that could inserted whole into the DCU. Since we all know there isn’t all that much going on in DCU Asia.

Again Roanapur or the Black Lagoon Co. could be inserted whole and come into conflict with a variety of characters in the region.

Possible characters through into this mix could include the Punisher or Daredevil. But characters with superpowers that frequent these criminal elements such as Wolverine or Deadpool might be too much.

Equipment:
None although he does typically tend to pick objects around him to defend himself as best he can with his limited combat abilities. Objects include a metal shelf he used to defend against a chainsaw and a bowling pin he clubbed a Yakuza thug with.

He does also have access to the “company car” provided it’s drivable as it frequently gets destroyed: Muscle Car [STR 06 BODY 06 Flash: 03, Running: 05, R#03. Bonuses & Limitations: Flash can only be used to provide a continuous light source (headlights)].

The character is familiar with a multitude of languages although not to the extent the Omni-language advantage would grant them. If the character is to encounter the a new language not already purchased under advantages they are allowed to make roll to see if they can identify the language using their Int/Wil against the chart from the Comprehend Languages Power.

This check takes 1 minute in which they are unable to make any other action as they are essentially focusing all their mental energy on guessing what language is being used.

Life in Roanapur has hardened Rock considerably. Reduce all mysticals by 1 and drop Charisma (persuasion) by 2. He loses the Iron Nerves advantage altogether. This is how Rock was as a salary man in Tōkyō before he joined the Black Lagoon Co. 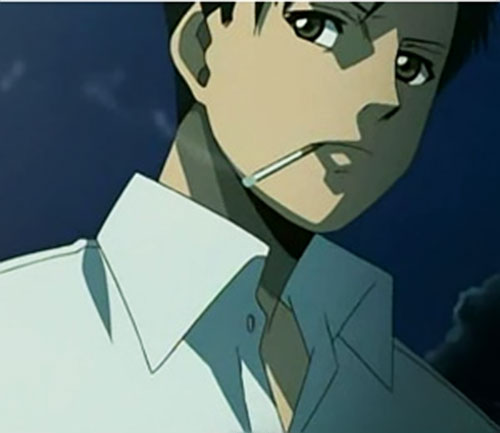 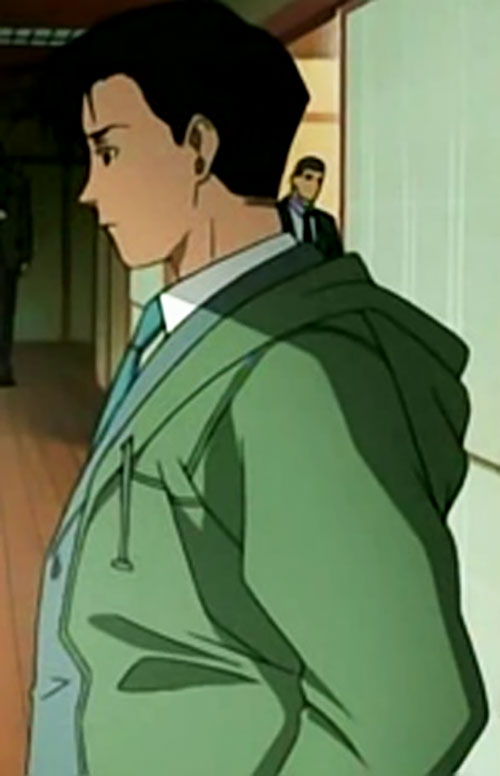 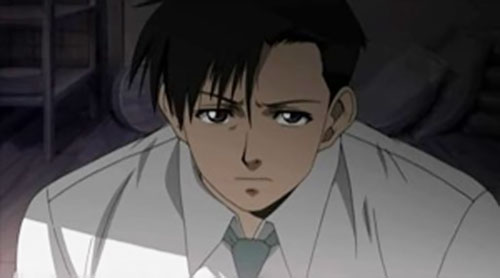