The interim Rocket was an Icon supporting character. So if you’re not well familiar with Milestone comics, you should start by reading our Icon character profile for all the context.

Reading the profile for the main Rocket (Raquel Ervin) after Icon’s will also help.

Darnice is a talented athlete. The first Rocket gave her her force field belt.

The force field belt was provided to Rocket by Icon, who constructed it using the advanced technology salvaged from his vessel. The belt allowed the user to manipulate kinetic energy in a crude manner, redirecting and channeling it to various belt functions.

It is possible that the belt is capable of more refined manipulation of kinetic energy (Telekinesis, Force Manipulation, etc.) once the user develops more experience

Soon after Raquel Ervin started her career as Rocket she discovered that she was pregnant. The combination of this, and Icon’s departure from Earth to visit his people, led Raquel to temporarily surrender the identity of Rocket to her friend Darnice. Raquel also recruited Buck Wild to assume the role of Icon.

Ms. Ervin also continued to provide guidance to the replacements even after her son, Amistad Augustus Ervin, is born.

Icon II (Buck Wild) and Rocket II (Darnice) had relatively brief careers. These were stopped by Oblivion, the alien criminal responsible for Icon being stranded on Earth. In the subsequent battle Oblivion fatally injured Icon II.

Darnice fled to Raquel, who reassumed the identity of Rocket in the hope that her greater experience would help her prevail.

Rocket battled Oblivion while Darnice took Amistad to safety. Rocket fought well, but was on the verge of defeat when the original Icon returned from his journey to outer space. Together, the two manage to defeat Oblivion, who is taken away by interplanetary law enforcement agents.

Darnice and Raquel had a strained relationship for some time afterward. That was due both to Darnice’s resentment over having to relinquish the Rocket identity and the fact that she was now dating Noble, the father of Raquel’s son.

Darnice and Raquel eventually came to an understanding and still remain friends, with Darnice and Noble helping Raquel raise Amistad.

Unlike Raquel, Darnice retained the opening in the front of the body stocking that displayed her cleavage.

Rocket II accessorized her costume with a brown leather jacket, large gold earrings, and a domino mask that make her eyes appear pupilless.

Darnice is a flashy, extroverted young woman. She played an exuberant counterpoint to her moodier friend Raquel. Darnice supported Raquel through her trials and was overjoyed to assume the exciting identity of Rocket.

The public exposure that came with being Rocket melded particularly well with Darnice’s personality. As a consequence, she was at quite a loss after she had to surrender the Rocket identity to Raquel once again.

See the Rocket I write-up, as any campaign incorporating Darnice really should include the original Rocket. If a second force field belt were somehow available, Darnice could even assume the role of Rocket II again, alongside Rocket I and/or Icon or separately, perhaps as part of Young Justice.

If this were the case, she would likely create a new costume and name, probably something a bit flashier like Ballista or Fusillade. 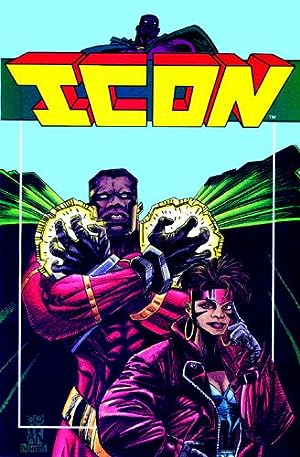