Rockman, Underground Secret Agent, was one of the early characters of Timely Comics, the ancestor of Marvel Comics. He appeared in 1941. As can be expected from the year, it’s deeply racist and nationalist propaganda.

This profile only covers his 1940s appearance. It was written before his return in Straczynski’s The Twelve, which offers a possible take on overhauling the character.

Abysmia is a state far underground, founded by “the first White inhabitants of this continent” seeking “refuge inside the earth during the Ice Age”.

These folks did not seem to care much about the various Native nations, presumably for lack of whiteness. But they thought highly of the “friendly” white people who came later.

Abysmians have advanced technology and superpowers.

All Abysmians can hear very high- or low-frequency sounds. It is possible that all, like Rockman, have superhuman strength, durability and lack of need for oxygen.

Rockman (no other name known) was the leader of the Abysmian Council. He had a particularly strong pro-American stance, seeing surface people as brothers.

Using his vibragraph to listen to nefarious foreign activities in the US, he finally convinced the Council to approve his plan. Rockman would build a digger car and reach the surface, then beat those godless foreigners as only a real Abysmian can.

The Council enthusiastically approved, and Rockman set to work.

We fight for Freedom

Rockman stopped a clever plan by a foreign saboteur and his henchman to blow up a bomber-producing plant. He then stopped the sinister Zombo from preying on merchant marine in the Pacific, and had the men of Abysmia destroy his island base with underground explosives.

Rockman’s next adventure took place in the improbable kingdom of “Jugoslavia”, a Prisoner of Zenda -style realm. The princess had been kidnapped by underground pixies, and the king sent for Rockman to retrieve her. Although Rockman was initially defeated by the sheer weight of the pixie army, he called the Abysmian troopers to his rescue.

Rockman later stopped an eeevil French brigand, La Barbe, who was killing and terrorizing property owners in Alaska so he could take their mines.

And that was, AFAIK, his last published adventure.

Below is the 2007 recreation of the character by Chris Weston, inspired by actor Dominic Purcell. 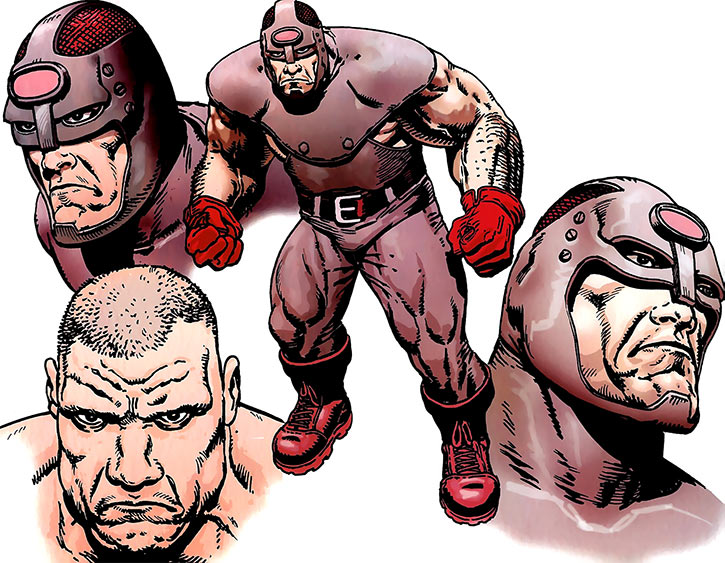 A bland, two fisted golden age hero. His enemies always die in an accident as he refuses to rescue them.

“This Roffler – just another one of the foreign human rats attempting to undermine the peace and security of the great nation above us ! My vibragraph tells me many things Americans do not know ! The time has come for me to help my brothers at the surface !”

“He practically asked for it ! Now he’s going to get it !”

“Perhaps you mugs can be hypnotized thru a loudpseaker — but for me it’s got to be person to person, or not at all !” 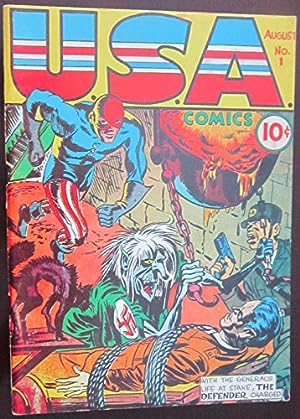 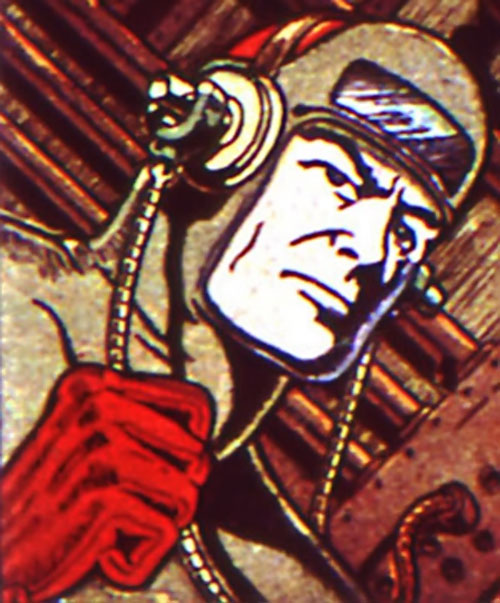 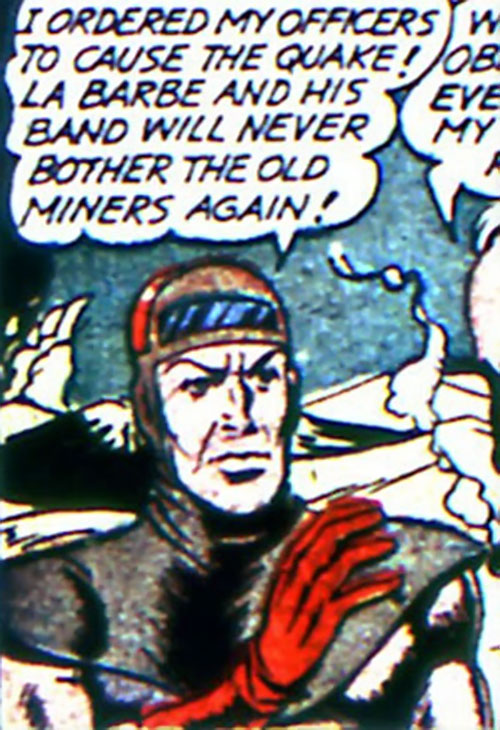