Rogarth is a minor, obscure enemy of DC Comics’ original Legion of Super-Heroes.

He was only seen in a 1968 storyline we think is notable. But few people presumably care about because they only want this new-fangled rock and roll music and Elvis.

Rogarth has strength, fighting skills, and toughness sufficient to battle it out with a Kryptonian. According to Supergirl, he was as strong as Mon-El – and stronger than her, although she was still a teenager at the time.

The source of his powers is unknown. Possibly he’s a mutant.

He’s from a medieval culture, and presumably has familiarity with medieval weapons and customs – and with riding horses (or the Avalonian equivalent).

Clave Rogarth was born on the medieval, magic-based planet of Avalon in the latter half of Earth’s 30th century.

Rogarth was famous on his homeworld for his extraordinary strength, which won him renown in its martial culture. But he was exiled for murder. Reportedly he killed someone in a barroom brawl.

Despite Avalon’s low technology and its near-isolation from the United Planets, Rogarth somehow arrived on Earth, presumably at loose ends. The subtleties of “modern life” held little interest for him. He was mainly interested in bars and cash. But he caught the eye of corrupt Science Police chief Zoltorus and was recruited to join his Taurus Gang.

The Taurus Gang was the top gun in the United Planets underworld during the mid-2970’s. That was thanks to:

It was organized by Chief Zoltorus, and its super-powered members were Black Mace, Quanto, Mystelor, Rogarth and Shagrek. Rogarth, as the most powerful, took something of a leadership role with them.

There were also many other minor operatives, and they ran one of the most profitable extortion and smuggling rackets in the 30th century.

They tried to get involved in stock manipulation by stealing the production reports of Gor Haxma’s mines, but this failed thanks to the Legion of Super-Heroes, who were guarding it.

They almost stole the Miracle Machine right out from under the noses of the LSH, and would have if not for the presence of trainee Chemical King.

Taurus’s downfall came when rival gangs calling themselves Scorpius forced the LSH into taking down Taurus for them.

Rogarth and his partners demanded more money from Zoltorus, since the Legion’s involvement was making their job harder. When Zoltorus refused, Rogarth led a walk-out during a battle with the Legionnaires. Zoltorus was exposed and captured.

Rogarth and his partners went underground. He’s not surfaced publicly since that time.

Rogarth has a black mustache and goatee and wears semi-medieval armor.

He has a gray half-helmet, an orange and gray hauberk, gray boots, and orange gauntlets and belt. He has a grey cape.

Rogarth is an exile, deprived of his honor and his home. So at this point he’s basically just living for money.

He was exiled for killing someone in a brawl, but the circumstances are unclear. As the only super-powerful person on his planet, it’s possible that the death was accidental, and that he more or less drifted into a criminal lifestyle as an exile.

Whichever, he’s certainly not a nice guy, and at this point has no qualms about his criminal activities.

Given his upbringing, it comes as no surprise that he’s quite a chauvinist, denigrating women’s abilities – but he doesn’t hesitate to hit them if they’re in his way.

“Bah ! If your bosses hope I’ll have qualms about hitting a girl they’re not as bright as I’d figured !”

“Imagine sending a girl to fight me !”

I added the Skills just for flavor.

Also, while I’ve noted in the description that he looks like he’s wearing some chainmail, it doesn’t add anything to his defenses given his naturally high RV. So I’ve not bothered to include an Equipment section.

By the way, this writeup assumes that Superman’s DEX is 10, with the potential to be enhanced via Superspeed. If Superman (or the Superman family, specifically the Pre-Crisis Supergirl) has a higher DEX in your game, then Rogarth’s DEX should be raised equally. 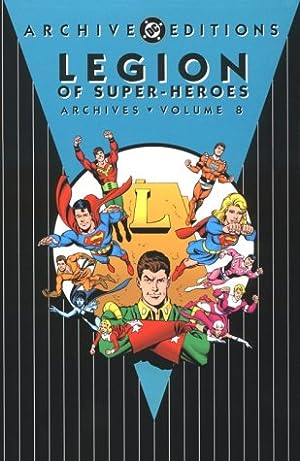