It is a mix of sci-fi and investigation thriller.

(Romane’s last name might be a reference to the popular and highly-regarded French writer Daniel Pennac ).

As it happens, Cinebook started releasing a translation while I was doing this writeups. They do good work.

This profile doesn’t discuss the plot, to avoid spoilers (and for brevity’s sake). It also omits elements from Romane’s past that she wasn’t originally aware of.

The Background block likewise describes the start of the story. Plus, admittedly, two cover IDs she uses later in the plot.

Everything else covers the first cycle, plus the first tome of the second cycle (the latest as of 2019).

The story takes place some decades in the future. The back matter says mid-XXIth Century. But one bit of dialogue implies the mid-2080s, which seems more credible.

The most salient characteristics of Earth at this point are :

Temperatures have significantly increased in many countries. The weather in Paris or New York City is closer to what 2020s people would expect to find in, say, Chennai or Recife.

There’s a mention that Brittany, in Western France, is markedly hotter than Paris.

We also see ice floes linking Madagascar to Mozambique. This is one of the cold spots. In these regions, high-altitude air is weirdly sucked down to surface level. This is an odd side effect of climate change.

Climate change has had disastrous effects on agriculture. Earth can now only support a markedly smaller population.

Drinkable water is also even rarer than during the 2020s. Towing icebergs from polar areas and cold spots is indispensable.

There might be a bit left, but they’re far too expensive for everyday use. Most of the fuel that gets consumed is instead based on methane extracted from algae cultures.

Even with methane, motor vehicles are normally the province of critical services. The police, hospitals, the military, diplomats, etc..

Most people use bicycles. Heavier loads are ferried by horse-drawn carts, medium ones in hand carts.

There are cyberpunk -style megacorporations. These hold enormous power and wealth, particularly where governments are weak. This also means they can resort to criminal methods with little fear of consequences.

As the story begins, methane-producing companies are well in the process of garnering as much power and wealth as the fossil fuel extraction companies used to have.

Fall of the West

Here again, the details of cities are more those that a 2010s person would expect to find in, say, India, Brazil or Tunisia. Many of the tallest, most maintenance-heavy older buildings and monuments have been left to decay for lack of money.

Most of this fall was caused by international backlash to the devastating policies enacted for decades by these countries. Ignoring climate change, consuming titanic amounts of fossil fuels and other resources, leaving climate and war refugees to die, neo-colonialism, proxy wars, etc. etc..

Countries such as France still have some pull thanks to their privileges within the United Nations.

This backlash extends to White people. These are widely considered as despicable bastiches who should be kept at arm’s length and far from positions of power.

On one hand, the reversal of such long-entrenched positions of power seems difficult to explain.

On the other, one notes that in the street scenes in Paris almost all passerbies are Black. This suggests completely different demographics.

For instance, most of Pennac’s colleagues have Western African heritages, though there’s also a minority of Maghrebi and East-Asian officers. She’s normally the only pink-skinned person in the room, barring some manacled suspects in the background.

The timeline diverges from our own circa the 2160s. There was a “great disaster” and a third world war. These seem to be the same event, or two phases of the same process.

What happened isn’t detailed. It’s simply a narrative tool for the world to exist. An exercise in speculative history isn’t the point.

(Personally I’d have instead gone for a timeline diverging back in the 1920s. But, shockingly, nobody asked for my opinion. You’ll all rue the day when the alien space bats make me Global King.)

Several boatloads of White Americans fled to Europe after the disaster. Back then, life in Spain and France was thought to be easier for White folks.

The undetailed events also involved major religions. Religious practice is now frowned upon. However, that might be specific to France or even to French civil servants.

Rise of the rest

Rich countries such as Brazil are much cleaner and a bit more high-tech. There are more cars and they look newer.

Rio de Janeiro looks like “the city of the year 2000” as might have been imagined back during the 1970s. There are gleaming skyscrapers with rounded shapes. There are also elevated tubes above the sidewalks. One assumes that these are air-conditioned moving walkways.

Maputo had similar systems, and skyscrapers, but it didn’t look as rich as Rio. More like Shanghai during the late 2000s.

The tech level, for the vast majority of the population, evokes the 1980s.

Computers and cell phones seem rare – the Paris police use typewriters and binders. The corded telephones and the planes evoke the late 1970s. There are still rotary dials in service.

One hypothesis is that the world ran out of rare earths and some rare metals, making the price of electronics skyrocket.

The firearms are also older ones. A common SMG  design evokes the MAT49, and handguns are common XXth century ones.

There are mentions that rampant consumerism was brought to heel. Money and markets still exist, but ordinary people have to pool their money to order costly goods in bulk. This is presumably to avoid overproduction and waste of resources.

Clearly, this system isn’t a hit with people who feel a need to own flashier stuff than the neighbours.

There are many details that evoke the past. Random examples :

English seems to have remained as a lingua franca. People can use it to communicate in most major cities, even outside of the tourism industry.

Oooh, I know ! *Great* fit, and from the correct era to boot. Bomb the bass featuring Benjamin Zephaniah and the great Sinéad O’Connor.

However, she’s actually one sharp detective. Her power of observation and deduction wouldn’t be out of place in a slightly cinematic  crime novel.

Likewise, even though she has no combat experience, she obtained exceptional scores in firearms operation, offensive driving and unarmed combat training.

Pennac is an excellent swimmer. She received additional training in SCUBA operations. She also rapidly learned to hold her breath for more than four minutes.

Over the course of the series, she receives an approximation of Navy combat swimmer training. This was presumably an abbreviated version of the Clearance Diver Branch training of the Royal Canadian Navy, minus the EOD stuff.

She’s fluent in English, and likely was an excellent high-school student.

She knows how to pilot large planes. Since she also mentioned never having flown, this likely means simulator-based qualifications without a piloting license.

She also can pilot light and medium-sized motor boats. For these she has a full license.

Romane Pennac lives in Paris, France. She grew up in a working class family.

When Romane was a kid, her sister Audrey passed out in her bath and drowned. Finding the corpse traumatised Romane.

The three remaining Pennac kids then lost their parents to a car accident. They grew up in the Marie de Lourdes orphanage, near Biarritz. It was a large institution, as the mass casualties still were recent history.

Both Romane and her twin Roger were successful in school. Roger would become a sought-after scientific researcher, and Romane became a police inspector. Both of these are rare achievements for White folks.

However, as they grew up they became estranged due to constant conflicts.

Romane remained close to her sister Denise. But they also drifted apart after Denise married. Her husband didn’t like his sister-in law.

To her dismay, Romane remained quite single. Even when it came to mere one-night stands, she kept coming home empty, hmm, handed.

The blonde with the badge

As a youth, Romane hustled and seduced her way to have the most impressive resume she could and apply to the police. Her vehicular qualifications were part of this.

Ms. Pennac scored particularly high during exams to become a detective. This allowed her to join the police judiciaire. Which is sort of, kind of the equivalent of a Major/Organised Crimes Unit.

The Ministry of the Interior seized this potential by having her join the highly-regarded police force of the Eighth District in Paris. This was meant as a minor PR stunt to “demonstrate” that the Parisian police wasn’t racist.

Of course, this meant that the other detectives saw her as an affirmative action vehicle. They resented her and ridiculed her.

Her partner, Inspector Mamadou Diouf, considered that being partnered with Inspector Pennac was a punishment.

However, Insp. Diouf botched an investigation about the death of a former soccer star’s wife. Pennac did her own investigation solo, unearthing what her partner had missed.

Though her workplace still was insufferable, the 8th’s chief, Omar Maalouf, started warming up to his new detective.

(It’s hard to estimate Romane’s age. Since her younger sister has a 14-year-old kid it would mean Romane is at least in her late 20s. And thus likely had another posting before the 8th.)

(But she seems closer to her early 20s, so I have to assume that Denise being the younger sister was a writing mistake.)

Shortly after this brouhaha, Inspector Pennac ran into a strange case. 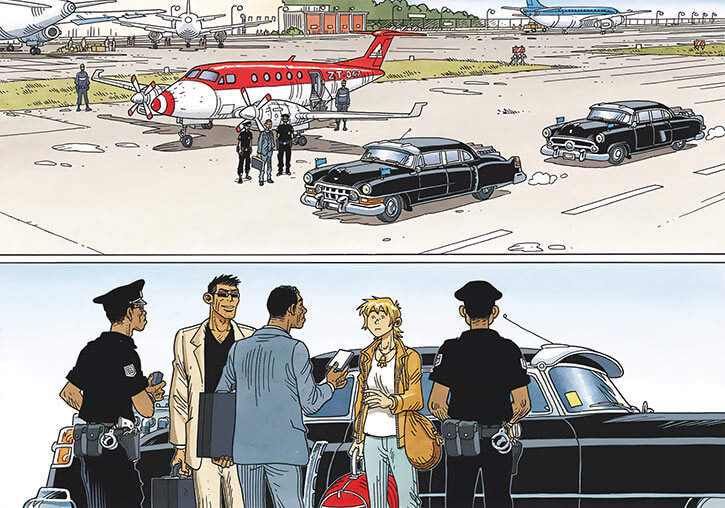 A bereft couple came to see her. Their daughter had recently died. And they had received an enigmatic note telling them to have Inspector Pennac check on the corpse.

The body within the sealed coffin was indeed that of a completely different person.

Furthermore, the couple’s daughter had been working in the US for Algapower. This megacorporation was also Roger Pennac’s employer.

Commissioner Maalouf was intrigued. But he clearly didn’t have the budget to send a detective to the US. Still, he discussed this with his hierarchy.

By the next day, the Commissioner called.

Inspector Pennac was relieved of her duties.

She was detailed right away to assist Special Agent Brahim El Malik of the intelligence services.

They were to board the next flight for New York City.

Romane has a very limited wardrobe. And these are obviously working class casual clothes. It’s what you’d expect a low-income student to wear during a particularly hot Summer day.

Both the Pennac twins are on the androgynous side. Romane has a boyish jaw and eyebrows, isn’t the curviest, and isn’t particularly determined to look feminine.

Pennac is a gifted working class young woman, trying to hack herself a good position in a hostile world.

To her being a cop is just a job. Though she presumably picked it as a way to partially counter harassment.

She doesn’t like being in more affluent environments. She doesn’t know how it works, feels awkward and out of her element, and visually sticks out like a sore thumb.

Romane embraces the suck of having to work twice as hard to achieve half as much. This allows her to maintain her dignity in the face of discrimination.

She doesn’t contest the system as a whole, though. History really isn’t on that side.

A lot of her work is to wrench respect from a hostile society and a wounded world. And to avoid internalising contempt and prejudice. She’s not entirely successful at that, though. Because it’s not feasible.

She’s generally nice, supportive, honest and friendly. However, prejudice has also trained her to remain reserved and try to keep a game face.

As the story opens, her recent lack of dating success is getting to her. She’s on the lookout for opportunities to get laid. Like the squinty-eyed gaucho gauging the weather over the pampa. 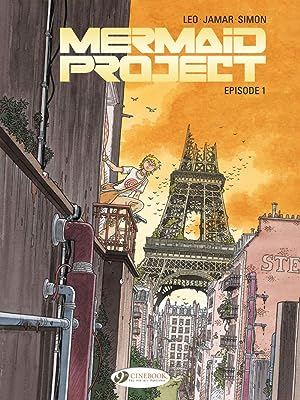 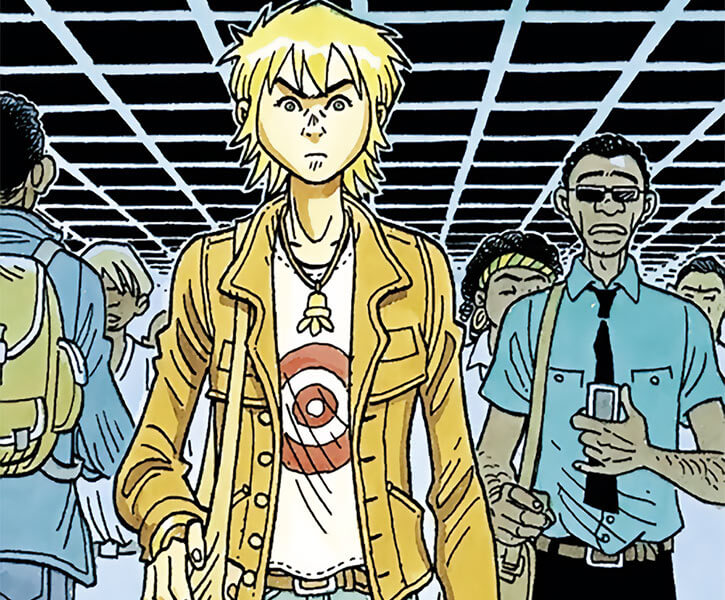 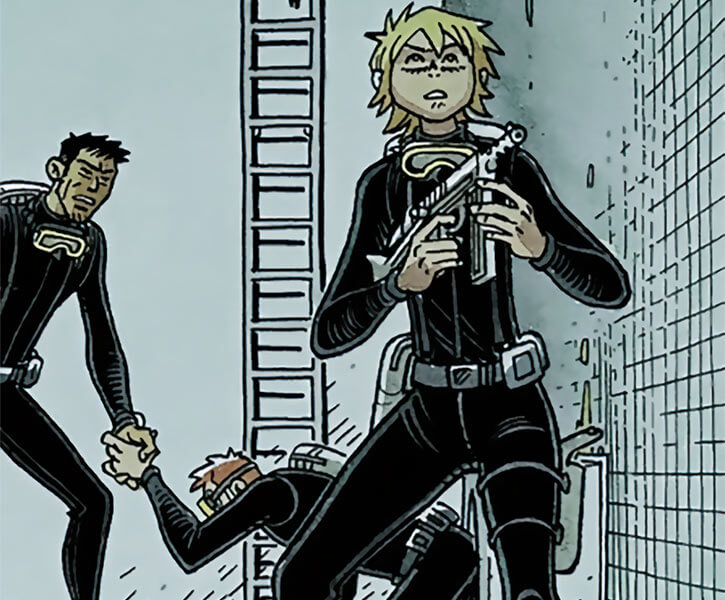 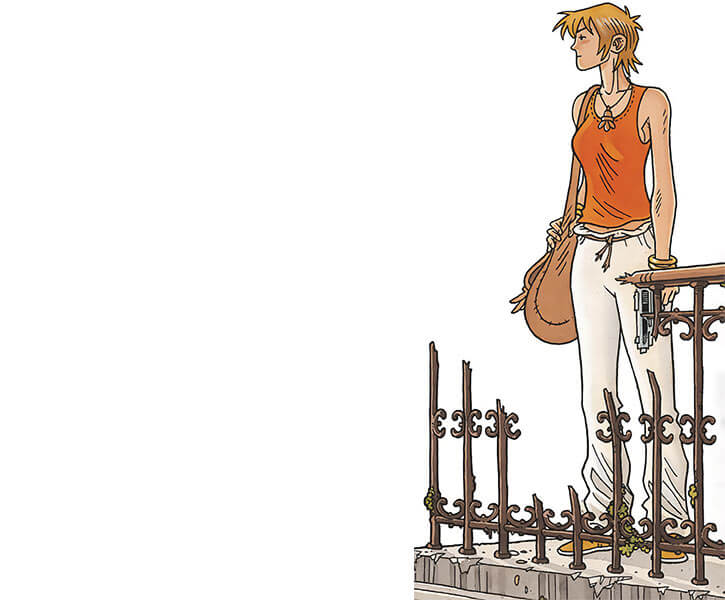