Rose is connected to the Green. She can call upon all of its mystical powers for protection and to fight evil. She can cause plants to grow and do her bidding, attacking, lifting, carrying her and performing any other task within their power.

She has strong immunity to most poisons, except for weed killers which neutralize her powers and slowly kill her. She can draw upon the sun for sustenance. She is difficult to kill by normal means, as the power of the Green will restore her from otherwise deadly wounds.

The effects of her Sorcery are normally plant-based, e.g. if she simulates Projectile Weapons it takes the form of shooting thorns or some other plant-style attack.

However the effects can be more direct if desired, as she simply draws upon the mystical energies of the Green to alter reality.

Rose Kearney was born to a working-class Irish-American family in Maine, the youngest sibling with seven older brothers. Her father and her oldest brother worked for a logging company. Her mother was a housewife.

Rose was always the brightest and most precocious of the Kearney children, and also the strangest. She learned not to speak of the whisperings that guided her and protected her. She found herself drawn to nature, and she became an expert in all things that grow from the ground at a very early age.

Until the age of 8, she attended a public school in her small hometown in Maine. It was then that she became pen pals with a young girl of the same age living in Los Angeles, California. That girl’s name was Amita Kirby. The two shared a love of learning, science, and living life to its fullest.

Shortly after this friendship began, Rose was invited to attend a prestigious all-girls boarding school in Massachusetts, on a full scholarship. Her parents reluctantly sent her off, knowing it would ensure her a brighter future.

Goodbye to the village

While away at school, she continued her correspondence with Amita via e-mail. She confided in Amita about the whisperings. As they grew older, they continued talking about their shared interests: science, music, boys (and later, girls). They IMed in addition to e-mailing.

But they never met in person. Whenever Rose would confide in Amita about someone who was giving her trouble, or someone she liked, that person would end up either leaving Rose alone, or being sent away from the school. But Rose never suspected her dearest, oldest friend could have any involvement in such things.

At the age of 15, Rose finished her secondary education and was accepted to Harvard ’s pre-med program. She finished her undergraduate studies in two years. But in the midst of working towards her M.D. she switched to studying Ethnobotany and Chemistry. She obtained PhDs in both by the age of 22.

She did field work in South America and Asia during this time which lead to significant discoveries.

They called me the wild rose

In the meantime, she had met and begun dating a fellow student named Robert. For some reason she didn’t quite understand herself, she never told Amita about Robert. But she did get the sense that her friend knew about the relationship anyway.

Eventually, she became engaged to Robert – more out of a sense of needing someone to take care of her than a deeply genuine love. She invited Amita to the wedding, but didn’t hear back from her immediately.

To celebrate their engagement, Rose and Robert went hiking in the deep woods of Maine, not far from Rose’s hometown. When they had just started to make camp for the evening, six men sprang seemingly from nowhere. They were brutish thugs with twisted, scarred faces wielding daggers that looked ceremonial in nature. They ambushed the couple, grabbing them and holding them fast.

The men injected both Rose and Robert with a cocktail of powerful plant-based drugs. These caused several effects on their nervous system. They felt a mixture of powerful arousal, abject terror and heightened alertness.

They were torn between a state of enjoying what was done to them, wanting to run away screaming, and being unable to fall unconscious no matter how much pain or fear they felt. The men proceeded to strip them both.

Then they slowly mutilated and finally eviscerated Robert in front of Rose. They beat her mercilessly, violated her in several unspeakable ways, and finally flayed her alive with their daggers until death took her.

Why they called me that I do not know

She awoke nude, physically made whole again, but in a state beyond reason, lying in the morning dew of the clearing. Robert’s body lay strewn about the ground nearby – and the bodies of their attackers as well. In a blind panic, she got up and ran as fast as she could in a seemingly random direction, until she collapsed near a road.

Eventually passersby picked her up and took her to the nearest hospital. She remained in a comatose state for months until she eventually awoke to see, in person for the first time, her dearest friend Amita Kirby sitting by her bedside.

Amita brought her to Los Angeles and put her into an intensive therapy program that utilized medicine, hypnosis and other techniques to help heal her mind. However, the program also instilled in her an even deeper bond with Amita, ensuring her loyalty and devotion. Eventually this lead to a relationship of complete trust, love and even physical intimacy between Rose and Amita.

Of course, Amita cared for her old friend, but by now the death of her parents had changed her. Her mission was more important to her than any relationship.

She had manipulated the cultists into believing that sacrificing Rose to their Cthulhu-style deity would bring them tremendous power. Instead, it brought them death. But it also connected Rose more deeply than ever before to the Green, through the bond of resurrection.

The Green didn’t just speak to her now; they listened. Rose discovered that she could have conversations with plants instead of just hearing their whispering. She could ask the plants to rise up and do her bidding.

And she could call upon their mystical powers to do nearly anything she could imagine. She put these powers, and her ethnobotanical and chemical research talents, to work for Kirby Pharmaceuticals – but more importantly, for Amita herself, as a member of the Femtastic Five.

Rose is normally reserved and shy. Aside from Amita, she prefers the company of plants to most people. She is often listening to plants even when people are trying to talk to her. They have guided her throughout her entire life, and they have only ever had her best interests in mind.

Of course, with regard to the events in Maine, they feel it’s all for the best and thus not worth mentioning the truth for fear of ending her beneficial association with Amita and the Femtastic Five.

She will go into a blood rage if plants are harmed cruelly, or if Amita is in danger. She prefers research to fighting, but she trusts Amita completely and believes in her vision of making the world a better place.

She will play the part of a pretty party girl to help the image of the Femtastic Five, and is especially willing to let her hair down around Amita. She initially thought of the other members of the Five besides herself and Amita as being dull and superficial, but she has learned to respect their street smarts and combat savvy.

Amita Kirby is her oldest and truest friend, her savior and her love. Their bond was only reinforced and deepened by the conditioning she received in therapy. It would take far more than even discovering Amita’s true nature or her involvement in the events in Maine to break her faith – not that Amita is going to test that.

And of course, Amita also keeps plenty of weed killer around, just in case.

Although she has felt some curiosity about other women for years, she feels as though what she has with Amita is a unique bond of love, loyalty and deep connection, and not an indicator of a general preference. Between her research, Amita’s running a business empire and their superhuman adventuring, they haven’t had a lot of time to explore their feelings.

She is a science nerd at heart, and keeps a worn copy of The Serpent and the Rainbow as well as other classic scientific tomes in her personal library. She likes to study samples of metahuman and alien flesh, or even fluids or droppings, collected after the Five’s battles.

Rose is a fair Irish lass with blazing red curls, classical features and hypnotic, soulful green eyes that people frequently lose themselves in. She has fair skin with some freckling, and a slender yet ample figure that belies a decent bit of agility and strength.

She only wears natural, sustainably harvested organic fabrics, preferring thin sundresses with no undergarments when not working in the lab. She wears live flowers in her hair, which go back in the soil after she’s worn them for a while. In the lab, she wears the standard scientist’s white coat.

She no longer needs prescription lenses after her rebirth, but in the lab and in meetings she wears thick black frames with plastic see-through lenses to maintain an air of adorable nerdiness. She doesn’t wear shoes outside the lab, unless she is going into combat, but when she does they’re always sensible and made of sustainable, organic materials.

The Femtastic Five are L.A.’s premier celebrity superteam. There doesn’t seem to be much competition for the role, at least in current DC continuity.

She has undoubtedly caught the attention of Swamp Thing, Animal Man, Justice League Dark and/or other mystical heroes through her involvement with the Femtastic Five and her associated popularity. But they may or may not have had time or the inclination to approach her so far. 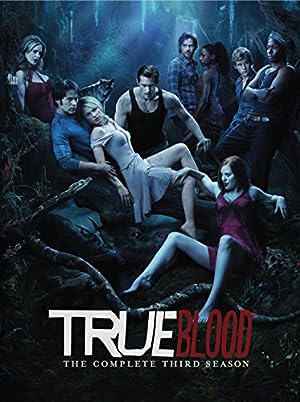 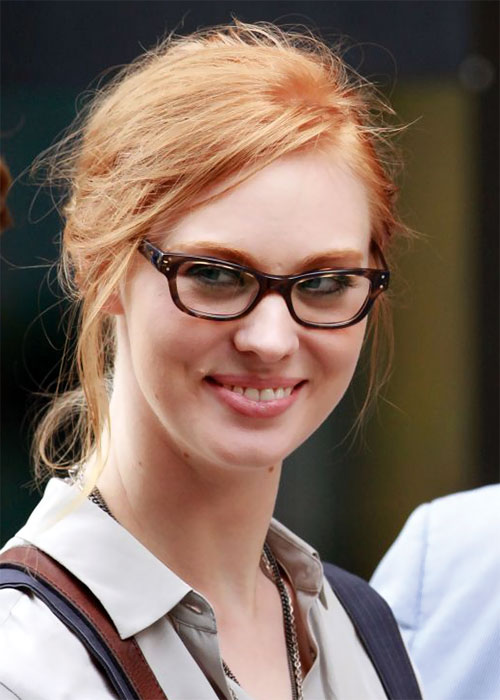