Rotton (also translated as “Lotton”) is almost too lamentable to write up. But I figure if nothing else you can use this poser for comic relief in an otherwise serious campaign.

The full extent of Rotton’s abilities are unknown. He never really get to see him in action. It has been suggested that he may just be a poser.

As such this writeup is mostly guess work. He was at least smart enough to wear a bullet proof vest and seemed somewhat charming to the ladies.

Rotton makes his entrance in the Yellow Flag along with the other bounty hunters to capture Greenback Jane.

He then participated in laying siege to the Black Lagoon office. After he made a grand entrance Revy promptly shot him, but he survived relatively unscathed, thanks to his bullet proof vest.

After that he took Shenhua and Sawyer the Cleaner to the doctor.

Rotton is a fairly attractive man who speaks in a light voice. He wears dark clothes and a black trench coat. He also wears sunglasses as well.

Obviously he has a flair for the dramatic, but is all style and no substance.

Rotton’s got poser written all over him. It seems like he’s playing at being a bounty hunter than actually being the nefarious criminal he pretends to be.

Aside from him trying to make a dramatic entrance and steal the show he is also quite chivalrous and kind to the ladies.

Bounty Hunter: “Hey I hate to interrupt you while you’re making an entrance, but are you two drinking milk ?”
Rotton: “I don’t drink beer. It makes me vomit.”

“I’m here to take your lives. I have my own reasons for joining this hunt. My name is Wizard. Rotton the Wizard ! I don’t have a grudge against you, but-” (Revy shoots him)

Shenhua: “Oh, you’re alive as well. It looks like you’ve got the devil’s luck.”
Rotton: “Did you see that ?”
Shenhua: “Mostly.”
Rotton: “Did I look good ?”
Shenhua: (laughs) “You looked like the king of idiots. You should stop making entrances like that.” (coughs up blood)
Rotton: “Are you OK ?”
Shenhua: “Do I look like I can do the lion dance to you ?”
Rotton: “Next time you should wear a bullet proof vest. It’s good to have just in case. ”
Shenhua: “Heh, a real weapon is one of offense. Either way there won’t be a next time with this wound.”
Rotton (offers her a hand): “I’ll take you to a doctor. I can’t let a girl die in front of me.”
Shenhua: “You’re not the type to kill in this kind of city. You’d be a great host in a bordello.”
Rotton: “I’m much too clumsy for that.” (helps her up) “If she’s alive let’s take her with us.”
Shenhua: “She’s lucky, too.”

Hahaha. Anywhere you need some comic relief just insert him.

(With Peter Piispanen)
The Character can gain the optimum benefits of any type of armor, even partial covering armor. This Shtick is of little use for those wearing a full body covering armor. For a fee of 5 HPs, any incoming random shots are guaranteed to hit the best type of non-fully covering armor the character happens to wear ; this even covers armor that normally is not large enough to provide any protection from incoming attacks.

For example, a helmet is normally alone not large enough to provide adequate protection of the wearer, in which case it would offer its’ /BODY/ score as RV, but Shtick (Armorer) can enable any type of armor, however small, to take the full force of any incoming attack by paying the same HP fee.

Likewise, for such a fee, any and all Trick Shots against the character during that turn, aiming to get around the character’s armor, receive a further +3 CS on their OVs.

Additionally, this HP fee enables armor, such as a Vest or a Helmet, to take the full damage (i.e. damage from crashes) gained from crashing with a vehicle. The same rule might apply for any eventual falling damage gained by a rocketeer using a failing Jet Pack.

Judge Dredd and Psi-Judge Anderson have this Shtick. The Rocketeer, in the movie by the same name, might also have had this Shtick. 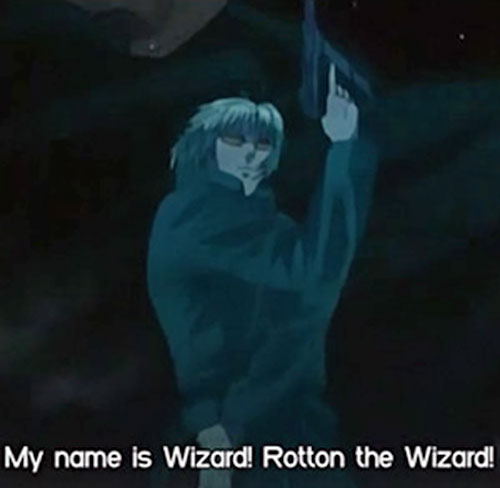 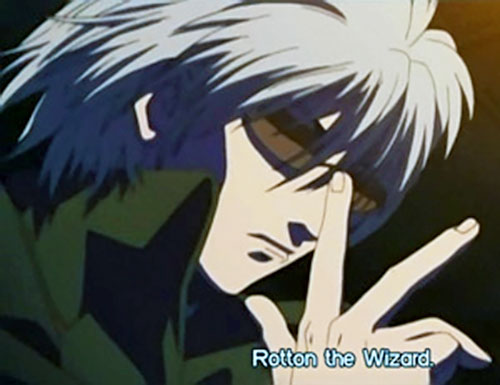