Roughouse is a tough brick with massive superhuman strength and durability, and a surprising amount of speed. He can level a house with a single blow, and Wolverine had trouble staying upright after a few of Roughouse‘ punches.

Roughouse claims he cannot be slain by a mortal blade. He indeed survived being stabbed in the chest by Wolverine without apparent damage. Furthermore, he recuperated very quickly from the vicious blow.

However, he can be rendered unconscious with enough superhuman pummelling. Chemicals (such as darts loaded with stun drug, or Geist’s cocaine) are also efficient against him.

He *may* have powers derived from a trollish heritage. Such as reduced consumption of oxygen, infravision or immunity to terrestrial disease. But he hasn’t conclusively demonstrated any of this at this point.

Roughouse is apparently a descendant of rock troll natives to the extradimensional  realm of Asgard , home of the gods of Norse mythology. As a child, he was beaten by his abusive father. This drove him to become bigger, stronger, and angrier as an adult so as to be the one who dishes out abuse.

In recent years, Roughouse found employment alongside the pseudo-vampire Bloodscream. They worked as enforcers for the crime lord General Coy on the island nation of Madripoor. Coy ordered the pair to destroy the organization of his rival, Tyger Tiger. This led to several clashes with Tiger’s ally, the mutant adventurer Wolverine.

After several defeats, Roughouse was sold to Geist. Geist was a former Nazi scientist, hired by President Felix Caridad of the Central American republic Tierra Verde to create a superhuman operative. This superhuman would serve as a patriotic symbol for the small country.

Geist used Roughouse as a test subject for an experimental batch of cocaine which induced superhuman power in its users. Unknown to Geist, the cocaine had been tainted by the essence of Spore, a sentient disease. Spore had been created millennia ago by the offshoot of humanity known as the Deviants.

Upon his arrival in Tierra Verde, Roughouse was treated for side-effects of the drug by Caridad’s ex-wife, the healer named Sister Salvation. Her touch also calmed Roughouse’s buried rage. this gave him a sense of inner peace for perhaps the first time in his life.

Wolverine also came to Tierra Verde, and was drawn into a revolution led by a young mutant named La Bandera. Together, the pair freed Roughouse and Salvation. Roughouse subsequently saved Salvation’s son, Palo, from being injected with the experimental cocaine.

Instead, Caridad himself was injected with a massive dose of the drug, releasing Spore’s physical form, which consumed Caridad then attempted to devour Wolverine. Spore was ultimately destroyed by Salvation’s touch, and, grateful for her aid, Roughouse chose to remain with her.

A matter of arachnids

Months later, Roughouse was contacted by the South American crime lord the Black Tarantula. His newfound peace having obviously receded, Roughouse was pressed into service as an enforcer once more. Reunited with Bloodscream, Roughouse saved his partner’s life after a near-fatal encounter with Wolverine.

The pair were later sent on missions for the Tarantula that brought them into conflict with both Wolverine and the costumed crimefighter Spider-Man (Peter Parker).

After Bloodscream’s temporary enslavement by Mauvais concluded, Roughouse accompanied him to an underworld auction for the alien Venom symbiote .

When he was captured by Geist, Roughouse had his hair and beard shaven off. He also was scarred and in a very poor shape, but still a massive bruiser. His skin was covered with spore-like welts, which were healed by Sister Salvation.

Roughouse is a lifer who loves brawls, general mayhem, booze and chicks. But while he’s a bon vivant of sorts, he can be a ruthless killer if need be. His talk is peppered with Norse references. And like many ancient Norsemen characters, his emotions are strong and mercurial.

He is extremely direct with women, and will happily make light-hearted offers to any pretty girl. However, he doesn’t mind being rebuffed.

He really enjoys fighting, especially against a worthy opponent.

Roughouse’s speech is a strange cross between street tough talk and Thor-like, grandiose pseudo-Shakesperian. Still, the street aspect is more noticeable than the Thor-like aspect.

Despite his larger-than-life mannerisms, Roughouse is a pro and will not make simple mistakes – for instance, he checks his kills to make sure they’re dead.

While under Sister Salvation’s touch’s influence, he was a fair, honourable and down-to-Earth adventurer. He was doing his best to save Salvation’s and Wolverine’s lives. He was reluctant to use violence and his superhuman strength – he was afraid “doing ugly stuff” would make him a bad person again.

He could be convinced to act if the ends were unquestionably moral, though.

(Grabbing two women by the waist and kissing them before they can react) “You know, you’re the sparkinglest cuties I’ve laid eyes on in a troll’s age… Come with me and I’ll show you a dinner an’ a party you’ll never forget.”

(Laughing after Wolverine punched him, as he’s unaffected) “Not bad ! Not BAD ! First decent hit I’ve taken in ages !”

“Ymir’s icy breath ! This is ridiculous ! There’s nothing in this world I can’t smash !”

“Be real. Puny slip of a skirt like you ? No contest against my brawn !”

“I really hope he stocked up on ring dings  and yoo-hoo  ! And any chance the boat is wired for cable ? I ain’t seen an episode o’ South Park  since we’ve been locked up.”

In the DCU he can’t be an Asgardian… maybe an ancient henchman for Vandal Savage, who happens to also be immortal ?

Or does anybody remember the name of a Viking Prince foe who could somehow have become Roughouse ?

Drawbacks:
MIA toward violence (cured for a while by Sister Salvation), Attack vulnerability (-2CS to RV against drugs).

Ruff in the jungle bizness

During his first encounter with Wolverine, Roughouse had 50 Hero Points, which he mostly used as LDD, making him extremely hard to bring down.

After having been defeated by Wolverine and Jessica Drew, he was considerably less dangerous – only 20 HPs, and he apparently was saving them up as he didn’t spend any while fighting Wolverine. To represent Roughhouse’s lack of efficiency at this point, also suspend his Martial artist Skill.

When he was under the influence of Geist’s cocaine, his STR and BODY went up by 2 APs and he regained his Martial Artist Subskill, which he kept from then on. 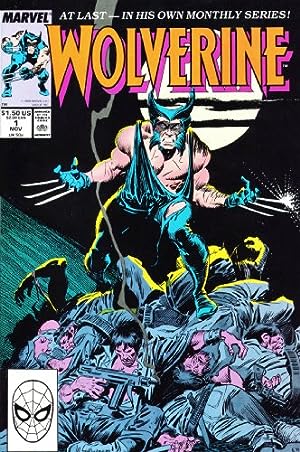 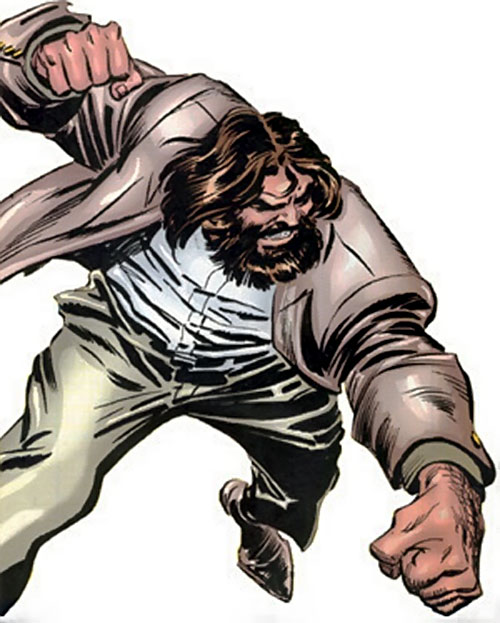 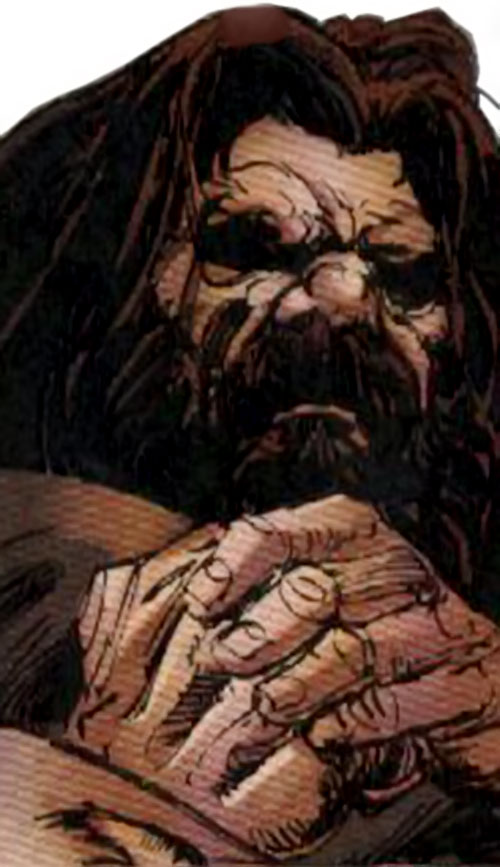