Roulette is a fairly powerful demon.

He could withstand the Ghost Rider’s hellfire without harm, yet his own fireballs could affect the sinister skeletal cyclist. Those fireballs are pretty good at starting major fires – at least as good as an old infantry flamethrower.

One of his favourite demonic powers was to appear within a flaming ring in the sky. It is the aperture of a conduit from which he could talk or hurl fireballs (in DC Heroes RPF terms, Warp). He often appears larger than he should within those circles, but this is just a special effect. Much as if the mouth of the Warps were a magnifying lens.

These floating rings give him enormous range. He can be miles away, but watching, attacking and gloating through the Warp’s aperture.

He could also turn his henchman into a demonic servant (Mutation).

Back in the 1970s, Dude Jensen was the biggest promoter in the fastest-rising all-American sport — the demolition derby ! His success soon made him an important man in Las Vegas. He could order cops around much like a private militia.

This helped when he contacted Johnny Blaze, then harassed by the police, to organize a never-before-seen event — a cyclist riding in the middle of a demolition derby ! He believed that only a world-class stunt cyclist like Blaze could pull off such a spectacular feat.

Blaze eventually agreed to sign a contract with his benefactor. The event taking place at night, Blaze knew he would participate as Ghost Rider, pretending to wear a costume.

The genial-seeming Jensen also hired a hitman to attend the special derby. The promoter wanted to use the race as a cover to terminate Red Thompson. This independent demolition derby driver was costing him money since he kept winning against Jensen’s drivers.

The sniper killed Thompson as he was about to ram Ghost Rider and crush him against a wall. But he was then killed by the Rider.

Meanwhile, kidnapped Roxanne Simpson, Blaze’s future wife. She had overheard Jensen planning the hit during the race. However, Roxanne had managed to warn the attorney general. Cops thus came in before Jensen would execute her.

Jensen was apparently done for. But under Simpson’s horrified eyes, he turned into a demonic creature, changed his henchman into a demon, and set the room on fire with a mere gesture. Then he teleported away with Roxanne… to Hell !

A few years before, Jensen had experienced a perfect losing streak. He lost his entire fortune, plus a loan from the casino, in one sitting. As it became clear he couldn’t pay back the loan, the situation escalated. Security took Jensen to a quarry in the desert where they shot him dead. 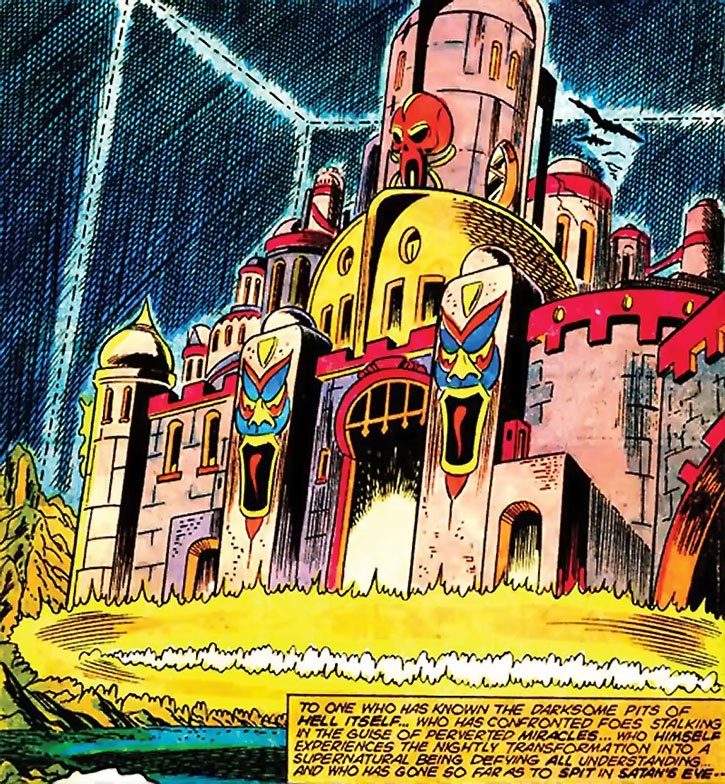 Jensen lay dead for but a few minutes. He was soon resurrected by “Satan”, who offered him a new lease on life and untold power to wreak his vengeance. In exchange, the newly not-christened Roulette would destroy the Ghost Rider.

(In the entire story, Roulette’s master is called Satan. However, one assumes that it was actually Mephisto using his old trick of passing himself for Satan.)

Roulette offered the Ghost Rider a choice. He could save either Simpson or Vegas – if the Rider left to rescue Roxanne, Roulette would burn the city. The Rider chose to save Roxanne and the former Dude Jensen, from his ring of fire burning in the sky, showered the Strand buildings (ans especially those owned by his murderers) with fireballs.

While firefighters were busy saving the Strand, the Ghost Rider located Roulette’s floating, demonic castle in the desert near Vegas. The Rider smashed through the castle’s defences, but discovered that Roulette was too powerful for him.

Roulette then summoned “Satan” to obtain enough power to destroy the Rider once for all. As Roulette was basking in the infernal energy pouring in, the Ghost Rider rose to his feet and engulfed Roulette in his hellfire. The combined influxes of diabolical power proved too much for the demon, who overloaded and exploded.

Roulette’s castle might still be around, somewhere in the Vegas desert…

Jensen treats talent in a polite, empathic, supportive way. This is in sharp contrast with the way he bosses everyone else around.

Roulette had covenants with his master. For instance, he couldn’t start burning Las Vegas until he made Ghost Rider chose between saving Roxanne or saving the city, and the Rider chose Roxanne. Traditionally, such covenants are the best way to defeat demons like Roulette.

(To a policeman roughing up a scruffy-looking stunt cyclist) “Well, be more careful in the future, sergeant — and it’s ‘Mr. Jensen’ to you ! Don’t forget that ! Now tell me what’s going on here ! Take your hand off that young man unless you want to find yourselves on the unemployment line !”

“Finished, Slifer ? Finished… merely because I can’t fire this… gun ? Finished… when I can… change… into *this* ?”

“More than helpless, flame-rider —she’s doomed — for if you try to save her, the entire city will burn in a massive pyre of its own making ! That Roulette swears to you on the name of almighty Satan !”

“A most moving display, flame-rider… but did you truly believe your power superior to mine ? You are a renegade from Hell, drawing your power thru Satan’s every resistance… while I am one of the netherworld’s most loyal charges, aided and encouraged by Lord Satan !”

Roulette I, the demon of Las Vegas

Source of Character: Ghost Rider series in the 1970s. 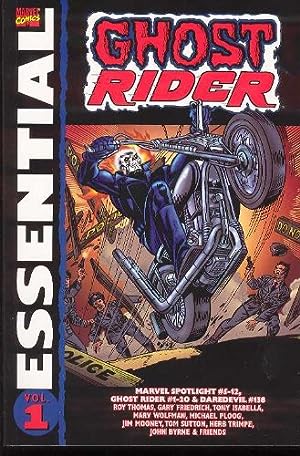 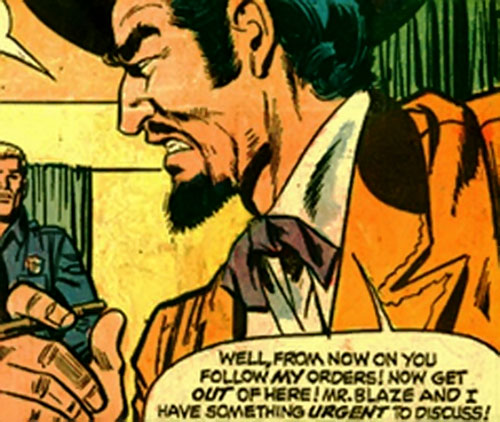 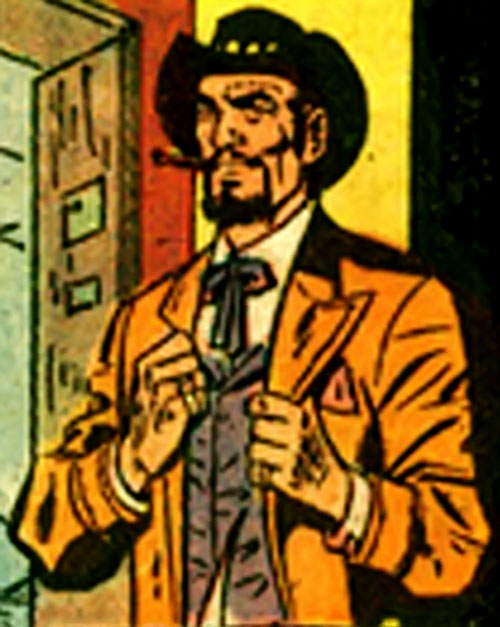 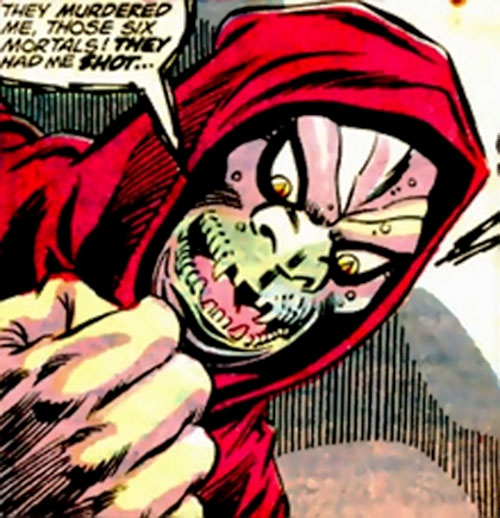