Roustabout is very fast, can fly and has superhuman strength and durability.

He seems to have some recuperative abilities, although the extent of such abilities have not been clearly demonstrated.

He is also a reasonably good hand-to-hand combatant, although he mostly relies on his great strength.

Roustabout’s basic skill set is within mechanics and having traveled through most of the American Midwest he easily finds his way around anywhere.

Apparently a man of the people, he finds friends anywhere he goes.

Calvin Rory, aged 24, was a surveyor for the Arizona Highway Commission when he disappeared in 1998. Rory was allegedly kidnapped, along with a number of drifters and rural workers, by research firm TransGene International. 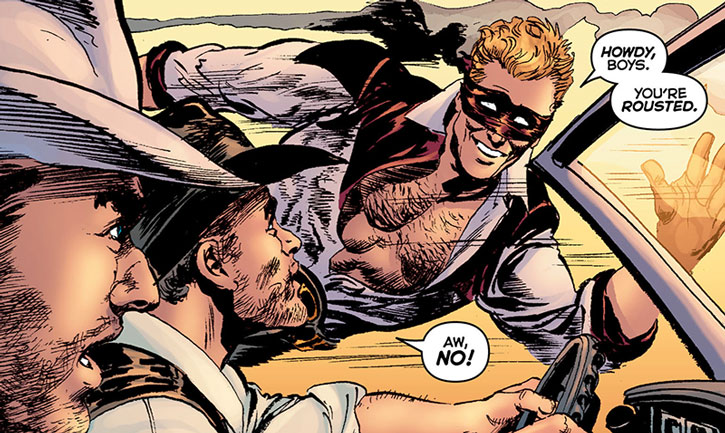 He asserted that he was the only known survivor of these abductions, which gave him superpowers. His powers being allegedly stronger than anticipated, he escaped and performed a citizen’s arrest – bringing two TransGene VPs to a Santa Fe police station.

TransGene denied everything and accused Rory of trespass, kidnapping, malicious destruction, slander and libel. A police investigation into Rory’s claims did not produce evidence, though they key sites Rory claimed to have been part of the process had been since destroyed by intense fire.

Mr. Rory was arrested as TransGene accused him of being responsible for these fires, but immediately escaped and became an outlaw.

With a half-dozen warrants against him — and a $250K bounty placed by TransGene — Rory hit the mattresses. His story was true, and TransGene was eager to recapture him for analysis, but he had to hide. To that end he joined a carnival doing a circuit through Midwestern burgs, as a roustabout.

As Roustabout, Rory acts as an itinerant super-hero – helping and protecting the locals as the carnival travels along its circuit. He also has a girlfriend in Caplinville, a small town on the circuit. He is also occasionally attacked by agents of TransGene, such as Team Carnivore.

Though most people familiar with the carnival can see through Roustabout’s flimsy secret identity, he is very popular among the locals who consider him to be one of their own. They all cover up for the folksy and neighbourly Roustabout, and proudly support “their” super-hero.

Roustabout is muscular male in great shape and clad like a modern cowboy; jeans, boots, a thick belt, gloves and an open shirt in red and white. He covers his identity by wearing a scarf with peek holes around his eyes.

Roustabout is a carefree, free spirit. Despite having been dealt an unjust hand by the authorities he has chosen to use his powers for good. Not bothered the least by his legal situation, he works as a roustabout for one of the traveling Carnivals, and has good manners and a smile for everyone.

Although extremely durable, and unlikely to be hurt under most circumstances, he can still be somewhat taken psychologically by savage attacks.

Whenever he has stopped a larger threat, he will ask for somebody to call the national authorities and leave before they can appear since he is constantly a hunted man by the authorities. The local police will likely not attempt to arrest him. 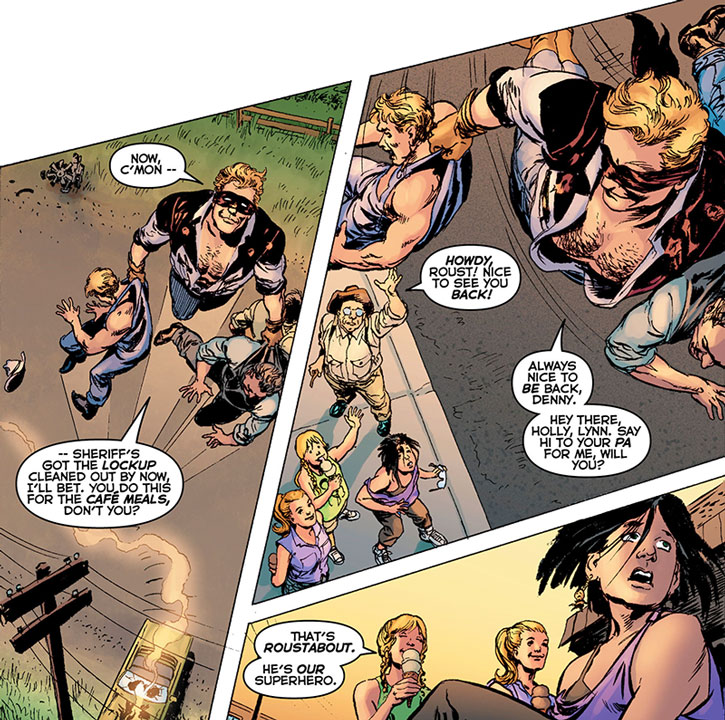 Seemingly everybody in the smaller villages of the American Midwest knows him and are friendly towards him. Nobody is going to turn him in; he is one of the people and he is their own hero. This everyman hero is under the social protection of everyone – if he is forced to perform a heroic action in his civilian identity it will be explained away as a trick of the light or some such to outsiders.

The family of what appeared to be his girlfriend seemed extra eager to protect his secret identity, and he probably knows them all well. And should Roustabout require assistance the friendly local folks will join the fray themselves.

(Arresting bank robbers) “Howdy, boys. You’re rousted. Kyle, Steve, Andy — I know you’re just outta jail, but really, you oughtta take better care of your engine here.” [rips out car engine] “Something goes wrong with it — and where are you gonna be then ?”

“Thanks, folks ! They got the drop on me, but I just needed to catch my breath !” [defeats criminals] “I’ll take these fellows to the Sheriff’s office. He can meet me there — arrange for E.A.G.L.E. to pick ’em up. Sorry for the fuss. You enjoy your evening now, hear ?”

Roustabout’s abilities are very reminiscent of those of Will Payton, the Starman. The two of them might have received their powers from the same organization. But while Payton was really the resurrected Prince Gavyn, Rory instead might have really gained his powers in the only successful transfer of cosmic energy accomplished by the organization.

Thus, the organization might have tried to capture Roustabout by employing minions – a group named Team Carnivore.

Roustabout would later have ended up as a hero on the Mosaic World of Oa, when his Carnival was residing in one of the cities of the American Midwest that were transported there. He has since returned to Earth to continue his heroics under secret identity.

Benefit 1 (Very popular in his area). 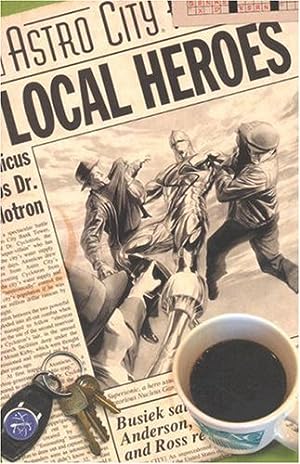 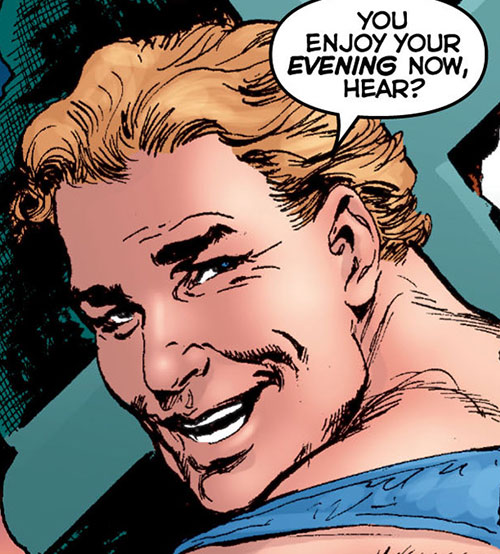 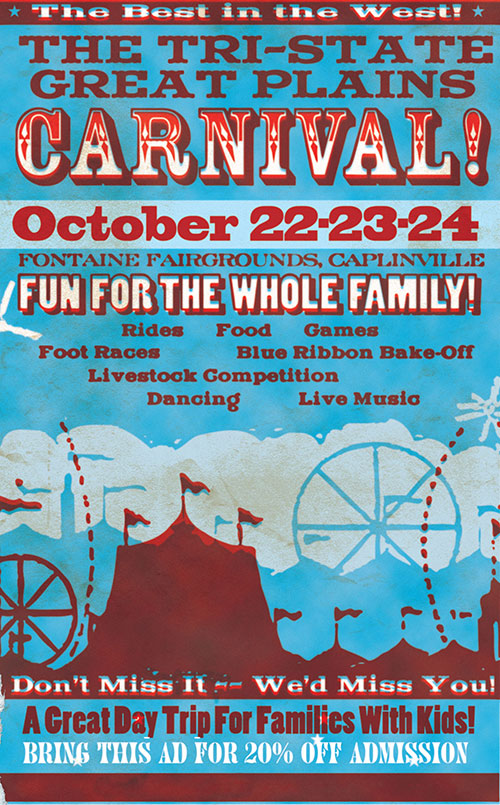