Roy Raymond Jr., the Manstalker, is a third-rate TV personality with a third-rate show. It chronicles his “investigations” — which actually are fakes — with embarrassing studio “reconstitutions” of events.

Raymond presents himself as a genuine investigator. He thus takes tips about impending crimes from a hotline. Then he carefully avoids following any of them.

He’s principally cashing in on the reputation of his grandfather, the original Roy Raymond. This displeases the old man, who thinks that his namesake’s show is awful.

When ratings take a dive, Raymond Jr. will attempt to spice things up by investigating real crimes and filming on location. When the tips he gets from his hotline are good, he might end up in actually dangerous situations.

In one case, Roy Raymond found himself witness to a crime in progress committed by Slyfox. Things were about to turn particularly sour, but Robin (Tim Drake) intervened. Lots of exciting things happened, including gunplay and a car chase.

Raymond was ecstatic until his cameramen reminded him Robin had taken the camera’s tape away so no footage of his face would exist.

Raymond is far from skilled or courageous, but he’s an out-and-out ratings addict. If he gets in a situation that can improve his show (despite his normal reluctance to get into risks), he will feel so pumped up he’s likely to believe his own bull and think he’s a formidable detective and crime-fighter.

This is likely to lead to bad stuff. 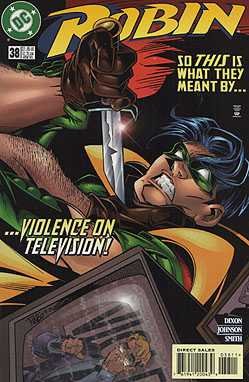 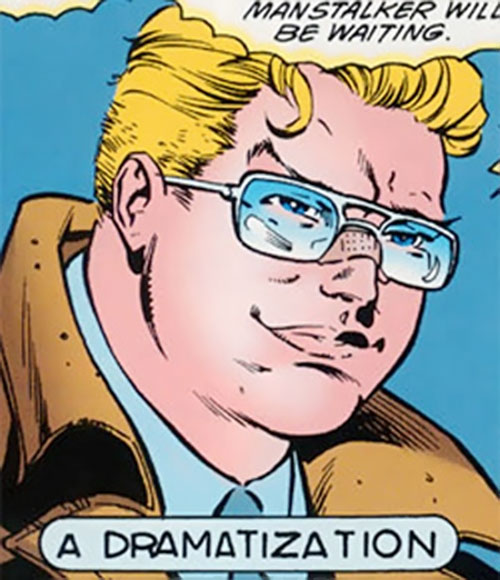