They’re called that way to help distinguish them from other hobbies. Especially one of their descendants, the various forms of computer and console RPGs.

Many of writeups.org readers are not role-players. But they might be intrigued by the game stats sections in the articles. If that is your case, read on!

(I’m starting with a text explanation because I’m old school ; if you much prefer videos scroll down a bit. Ta.)

How does it work? Just imagine that we’re sitting at a table, and I say to you “So, you’re a dragon, and you’re up on a mountaintop, looking around. You’ve just seen a group of people making their way towards your lair, and they look like dragon hunters. What do you do?” – and you respond “Well, I guess I’m going to try and figure out if I can beat them in a straight fight, first, so I’m going to slip down closer and scout them out”.

I think about it, and tell you a couple of possible ways to slip down the mountain to get closer, and you pick one, and I respond with more stuff; and we’re playing. I’m the Guide, and you’re the player.

We have an imaginary role (you’re a dragon!), and we’ve got a situation that works, one where you have a goal, some obstacles, stuff like that. Things are going to happen. Heh, perhaps it will turn out that these people are not actually dragon hunters. So far, easy.

Now, we might not agree on just how tough your character is, or how sneaky, and those matter, so I get you to describe him a bit more, and we figure some way of resolving it so we don’t end up bickering. We’ll bias things in your favor if your dragon is good at sneaking and fighting, or against them if they’re bad at it.

In the interests of being fair, we’ll try to codify how we did it this time, and write it down, so that we can keep it in mind for the next time that character has to bash some stuff or sneak around; it’s good to be consistent. And we’ll make up a few other rules to make it feel more like being a dragon, so you feel even more involved in the emerging story. 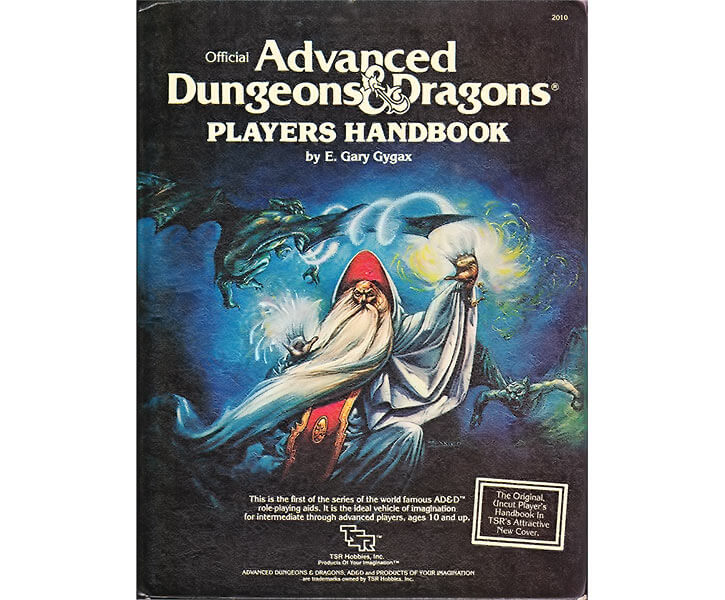 The cover of my 1983 Advanced Dungeons & Dragons Players’ Handbook, which IIRC was the second RPG I bought.

You mentioned a video right ?

By early 2016, a particularly successful one — Critical Role — was getting good reviews  in the semi-mainstream online press. Video is a great way to explain the hobby, and onlookers became engrossed in the story and characters.

Critical Role’s main trick is that this specific band of RPG geeks are actors, primarily during voice work. They thus stay in character, improv their lines with more clarity and presence than most, fully act at the table, the gamemaster can do a lot of different voices, etc..

Over time they also managed to professionally film and edit the games (no, you can’t just stick a webcam on a shelf).

Home page of the show — http://geekandsundry.com/shows/critical-role/ 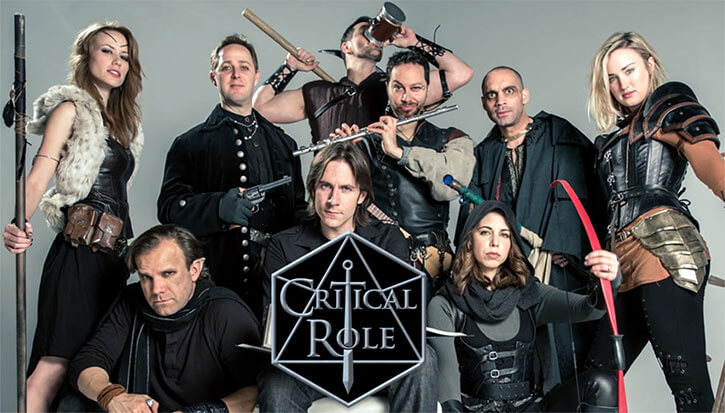 So what does the game data in the articles mean?

If writeups.org had an article about the dragon in our example above, the game stats are where we’d note how tough and how sneaky that dragon is.

To do that we use a specialised language. A language built to describe the abilities of characters in action stories.

Whereas the English language is a bit vague for such purposes (“this guy runs about as fast as most cars, and, hmmm, he seems able to lift a large car over his head too”), the much more specialised DC Heroes language allows us to express the same things in a succinct and precise way (“Running: 06, STR 07”).

Once you have learned the DC Heroes language, we can describe characters to you in a comprehensive yet brief fashion – how strong, how charismatic, how fast, how intelligent, able to belch flames of such and such destructive potential, probably able to withstand such and such attacks, how knowledgeable about physics, how far they can throw a foo’, etc.

The “Personality” section in the writeups.org articles is also a consequence of this web site having role-playing roots.

In a tabletop role-playing games you have a role, but since you take decisions as you go along there are no lines. So you need to know enough about the character to play them on the fly, a bit like an improv actor.

If you decide that the dragon above is a cautious old one who feels a bit lonely, you’ll make very different decisions than if you decide to play a dragon who’s an impulsive hothead. 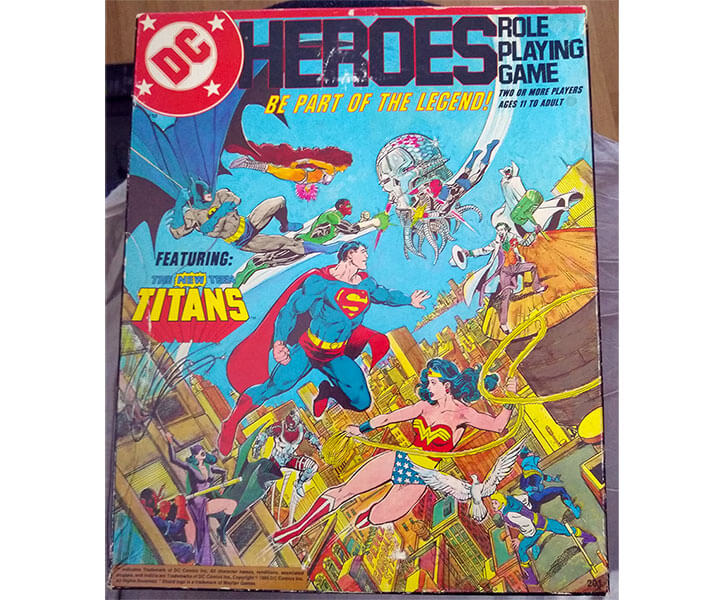 Where can I learn more?

The example with the dragon is adapted from Levi Kornelsen’s Fundamentals of Tabletop Role-playing, a 15-page .pdf with full but simple explanations about the hobby. You can get it here — left-click to read or right-click to download as usual.

You can also read Greg Stolze’s How to play role-playing games, another .pdf you can get right away. This document comes from Greg’s site  , which includes another free .pdf about how to be a guide.

Other possibilities – since one can never tell who will like which approach – is Guy McLimore’s article  , or the Wikipedia article  .