Furious George and Raging Woody are good physical fighters. They are experts at working together. Their expertise seems to be some form of acrobatic wrestling. They seem capable enough to hold their own against a gang of superhumans for a short while, but they’ll fold rather quickly against more powerful metahumans, such as the Savage Dragon.

They prefer melee combat. They will sometimes resort to the use of firearms, but are by no means crack shots. They are pretty dumb, but they have got confidence in spades.

They have not displayed any powers, but they should be metahumans of some sort. Otherwise, it seems very unlikely that they would have gained membership in the Vicious Circle, which does discriminate.

The Rumble Brothers seem to be actual brothers. They first showed during the gang wars over the leadership of the Vicious Circle after the death of the Overlord.

The Rumble Brothers charged head-first into a bar filled with Vicious Circle members. The Brothers demanded that they take over the criminal business. This was found unacceptable and a super-powered bar fight commenced.

The brothers must have lost as they did not become the new crime lords. But they seemingly joined the growing ranks of the Vicious Circle themselves. Perhaps they had a reasonably good reputation in the criminal underworld. And quite likely superpowers, since the Vicious Circle does not accept nobodies.

Shortly thereafter, the brothers were seen in a Vicious Circle hideout as Officer Dragon raided the place. The hideout villains were all readily defeated and jailed.

The brothers next showed up on an alternate world. This was where the Savage Dragon had been living after killing time-traveling villain the DarkLord. The brothers were planning an ambush in a villain hideout, as the Savage Dragon raided the place. But they managed to gun each other down as the Dragon dodged their attack.

This might have ended their lives and criminal careers. But they have seemingly survived worse and might resurface anew.

Furious George is a rather muscular dark-skinned male with a monkey face (yes, really), short-cut black hair with white stripes, and a black jumpsuit with a vertical green line on the right side. His head and hands are not covered. The arms seem to be padded and he wears some sort of (utility) belt and heavy combat boots.

Raging Woody is a slender, blond male with a long fringe falling over to the right side. He wears a colorful yellow jumpsuit, which looks like orange lightning bolts on both left and right sides. His head is not covered, but he wears yellow gloves.

His lower arms are covered by green, metallic bracers, as are his thighs and fingers. He wears an orange metal band around his neck, as well as green boots.

Both Furious George and Raging Woody, who look like circus artists or wrestlers. They are always seen grinning broadly, while sprouting one-liners, jumping against an enemy or gunning for them.

The Rumble Brothers, with their style and joke-ish names, feel like a bad wrestling team. They are utterly confident in their abilities and will charge head-first into any conflict.

They are either too dumb or exceptionally confident in that they, together, will charge against hordes of superhumans intent on killing them. They tend to taunt their foes by simple and bad one-liners. It will come as a big surprise if one of them is defeated.

They do make strategic miscalculations. Most likely they grossly overestimate their own abilities or can’t fathom their opponents’ power levels. When they are fighting a group of foes they will spend Hero Points  like water to ensure success. Their confidence and willingness to fight is probably well liked in the Vicious Circle.

They have very high ambitions and even tried to take over the Vicious Circle personally. Once their fellow villains wouldn’t know of it, the Brothers, somehow still alive, instead became regular members of the Circle. They have also been seen working as mercenaries since.

George: “Make way for the Rumble Brothers — I’m Furious George and this is my brother, Raging Woody !!”
Woody: “And we’re taking over !”

George: “You beat Raging Woody !”
Dragon: “What I do in the privacy of my own home is none of your business.”

They are the awesome Rumbling Brothers !

Not only do they have “cool” villain names, the fighting moves and the costumes, but they are also hard to permanently put down for the count. Despite having a poor track record in fighting super-heroes, as well as super-criminals, they have still managed to turn up alive against seemingly impossible lethal odds.

They are given Invulnerability to explain how they could have survived the super villain bar fight in Savage Dragon #24, a fight that others did not survive.

Quite possibly they will show up again after having gunned each other down in Savage Dragon #122. The Savage Dragon saw that coming and he is not a casual killer. Raging Woody was carried out by the officers like one would carry a living, arrested man, not a corpse.

Furthermore, both Furious George and Raging Woody likely have unrevealed Physical Powers, such as Regeneration.

When the brothers oppose a gang of opponents they will spend lots of Hero Points to ensure a impressive and possibly victorious fight. Although overconfident and possibly even courageous, they will save up some HPs for their Invulnerability to ensure a continued career after a lethal defeat. 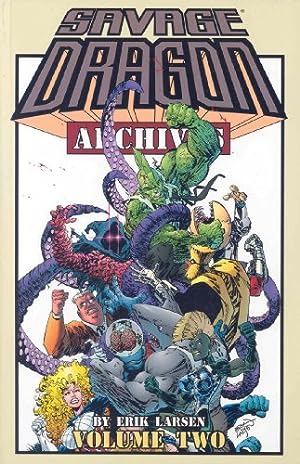 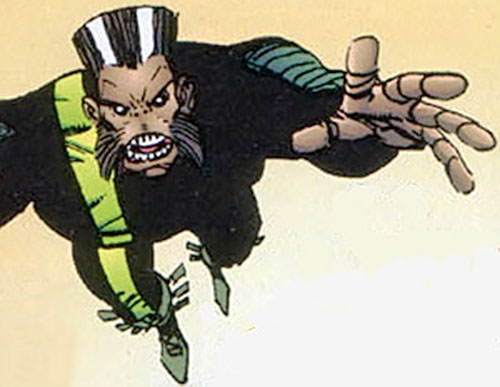 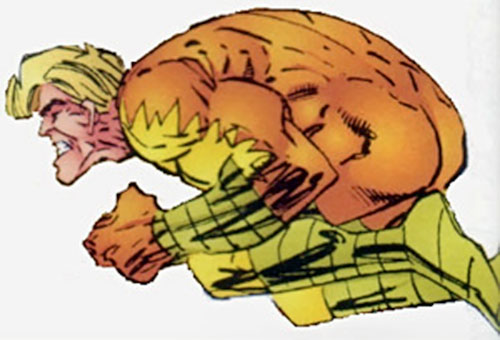