Rustam is an interesting antagonist who appeared in the most influential run of Suicide Squad.

A skilled combatant, Rustam’s primary weapon is his psi-scimitar.

This is a semi-sapientCapable of intelligent reasoning. weapon from another dimensionOther realms of existence that are not our universe.. The handle may be activated by one with “a warrior’s soul”. This creates a flaming scimitar blade, which doesn’t harm the wielder.

It may be thrown short distances. Since he can recreate it in the wielder’s hand as soon as it disappears, the handle itself probably isn’t thrown. It likely vanishes when the scimitar is called, and reappears in hand after the scimitar is dismissed.

When Rustam’s life was in danger, the scimitar showed him how to rip a hole allowing him to travel to SkartarisA pulp fantasy world in the DC Comics Multiverse.. Had he survived much longer he could have learned how to do so without problem.

The travelling is only designed to take the wielder. Extra passengers will cause the scimitar’s powers to become intermittent for a while. 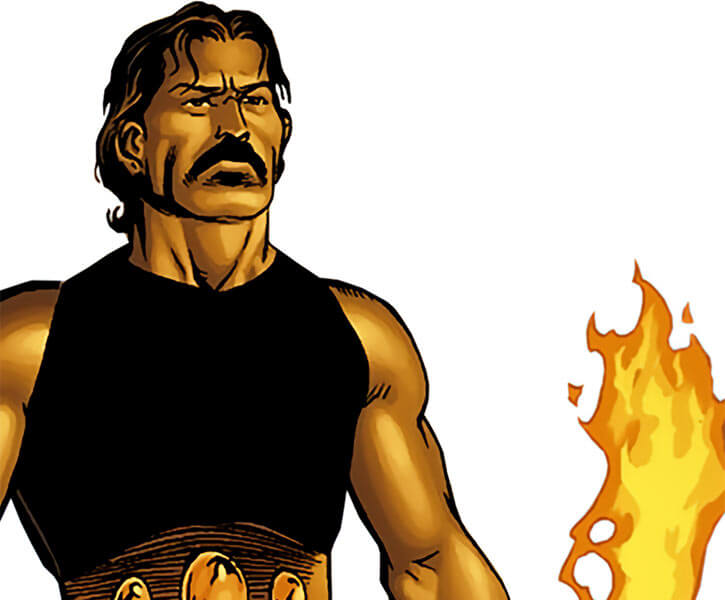 A secular Iranian archaeologist, Dr. Raza Kattuah disagreed with many of his post-revolutionary government’s policies and actions.

He eventually became an agent for the Americans, whom he disliked almost as much, using the codename Rustam  .

When one of his colleagues was imprisoned for political reasons, he accompanied American agent Rick Flag Jr. in rescuing him.

On an investigation of some ruins, Rustam recovered a sword handle. He would eventually learn that it was from Skartaris.

When his family was killed by an American drone, the enraged Kattuah found the pommel transformed into a flaming scimitar in his hand. It had responded to the change inside him.

Becoming an enemy of America, he ended up leading the Jihad. This was a for-hire metahuman terrorist squad covertly funded and organized by President Marlo of Qurac. The Jihad was based in the Jottunheim fortress.

After a dress rehearsal of an attack on an American airport, the team were preparing to go for real. However, their HQ was attacked at night by the American Suicide Squad.

Dr. Kattuah again encountered Flag, and they fought. Flag gained the upper hand. But Rustam was able to escape alive, more than some of his team did, and killed Squad member Mindboggler (Leah Wasserman). 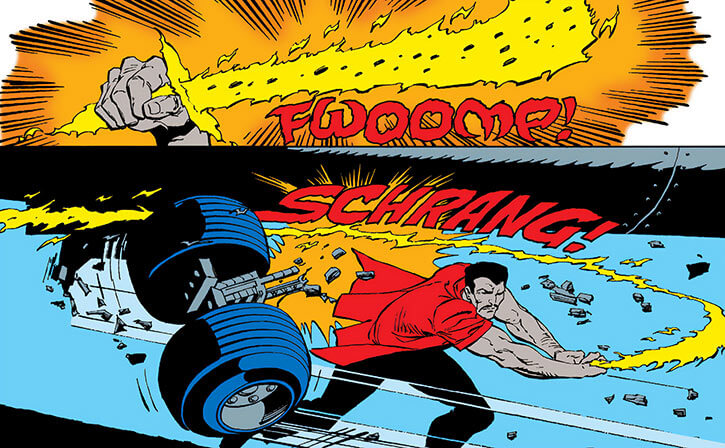 With most of Jihad dead, or exposed as spies, their activities were set back.

Nevertheless, Rustam led a new Jihad group in an attack on New York City. He personally shot the anchor of a local news show. Dr. Kattuah then broadcast a demand that those responsible for the attack in Qurac be handed over.

He again clashed with Flag when the Suicide Squad turned up. The pair fought on a bridge whose cable Rustam was trying to cut. He was captured.

Somehow free not long after, he returned to Jottunheim. This is when Flag arrived on a suicide mission to detonate a nuclear bomb hidden within the fortress.

The pair fought near the bomb. Shortly before the detonation, the psi-scimitar responded to the threat by opening a rift to Skartaris, through which the pair fell.

Recognising the danger of his surroundings, Rustam took the logical step of calling a truce with Flag. He saw working together as his best hope of survival.

They did so, eventually finding a ruin. There Rustam learned some of his weapon’s origin, as well as how to use it to travel between dimensions.

Flag used the scimitar to return to Earth, ending up back in Qurac.

Raza’s son Njara inherited the psi-scimitar. It had ended up back in Quraci hands after Flag returned to Earth. Then he took his father’s codename.

That he wielded the blade seems to have been interpreted as an inherited metahuman ability at the time. But the explanation above, due to later revelations, fits fairly easily.

Njara originally led the surviving Jihad members following the destruction of Qurac. Later assembling his own group, he attacked a new version of the Squad, killing some of its command crew. The new Rustam even took Amanda Waller captive.

But before he could take his revenge, he was killed by Deadshot.

My father will avenge me

The weapon was next wielded by Raza’s father, also taking the name Rustam. He became a security consultant for the corporation Haake-Bruton, when they promised to help him meet his son’s killer.

He got his chance when the Squad attacked the corporation’s Dubai HQ, and he fought Flag. Flag won, but let him live, taking the psi-scimitar. 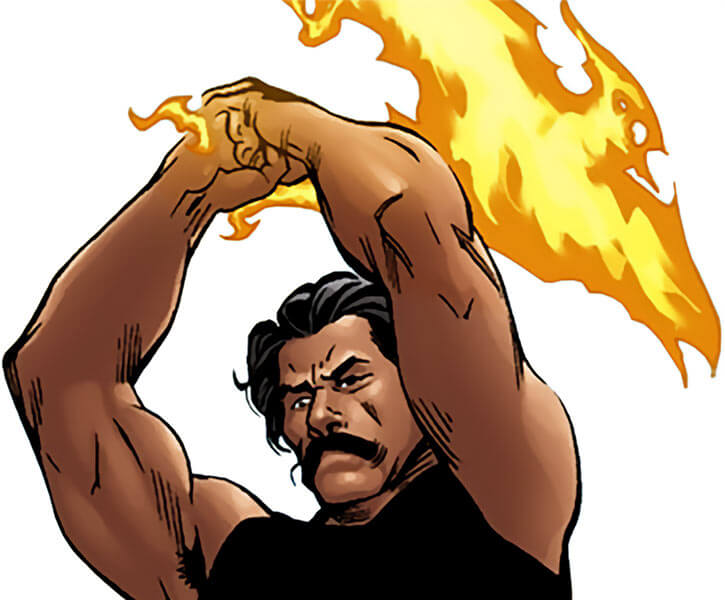 Devoted to punishing America for its crimes, Rustam approaches it in a coldly practical manner. Thus, he will work with anyone to meet his goals.

He’s careful, bordering on paranoid. For instance, Rustam never sleeps in the same place twice, and always changes his routine so he can’t be predicted.

Dr. Raza Kattuah: “You Americans are such cowboys. You trample things as you pass — cultures, people — while proclaiming your virtue. You say ‘all men are equal.’ But that stops at your borders. You take more than your due, and then wonder why so many people in the worlds hate you.”
Rick Flag Jr.: “If that’s how you feel, why are you helping us ?”
Dr. Raza Kattuah: “Because those people down there are worse.”

“America. Your wars have come home. We are Jihad. Each of our members represents a people whose homeland has been turned into a battleground, thanks in part to the support of your government. Tonight, you will taste the fear and destruction our homelands have known.”

In the Ultimate Marvel Universe, the Jihad were part of the international force which attacked America in retaliation for the Ultimates’ aggressive imperialist actions.

Language (Arabic) is speculative. It is based on him interacting with Quraci soldiers, where Arabic is presumed to be the primary language.

Vehicles is also undemonstrated. But its absence would be odd. 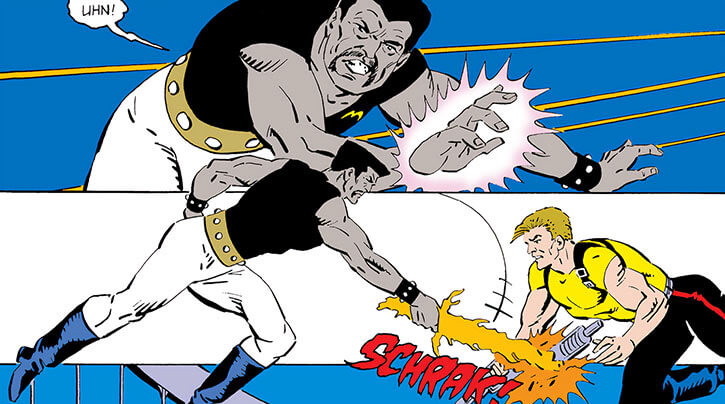 Writeup completed on the 8th of December, 2011.