Yamazaki is an animalistic, vicious brawler using many low blows. He evidences various crude but powerful powers having to do with energy absorption or stretching his arms to strike.

Ryuji is a huge hulking man with an overconfident leer on his face. At least until he loses it and the he‘ literally foaming at the mouth with his eyes lolling into the back of his head and streaming like a maniac.

Typically he wears black jeans, T-shirt and boots, and gloves and often wears a shaggy white pimped out fur coat over it.

(In a Dojo, wasted karate fighters lie on the ground as a man slaughters them with nothing but one arm. After his last victim, the man known as Yamazaki senses Billy’s presence.)
Yamazaki: “Eh, Geese’s dog. What the hell do you want with me ?”
Billy: “I’m here on business. Enter the KoF tournament with me and win, that’s our contract.”
Yamazaki: “You think that actually interests me ? Try finding someone else !!”
(One of the Dojo men grasps hold of Yamazaki’s feet with his last breath of air. Yamazaki’s coolness suddenly disappears and gets replaced by a malicious grin which Billy has never seen before.)
Yamazaki: “Hehehe…Excellent, that’s more like it !!!!(“ A second later, the dojo is stained by the fighter’s blood everywhere and in the middle is Yamazaki, shrieking out a scream which sounds of pure madness. As Billy watches the massacre, his spine chills to a deep freeze and the words of Geese crosses his mind.)
Yamazaki: “On second thought, sounds interesting ! How much for the tournament ?”
Billy: “Double that of the Victory Prize once we win it.”
Yamazaki: “You’ve got yourself a deal ! Well, I’m outta here…”

“I’ll skin you and feed you to the sharks !”

“Man you’re a pain ! Act like a parking meter and expire !”

Ryuji can be inserted as is. He’d make a great Bat-foe! 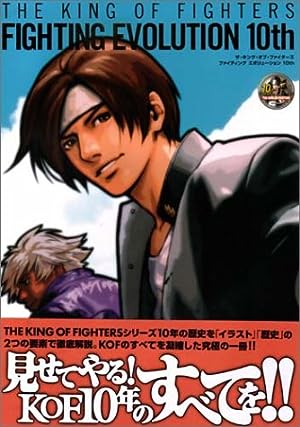 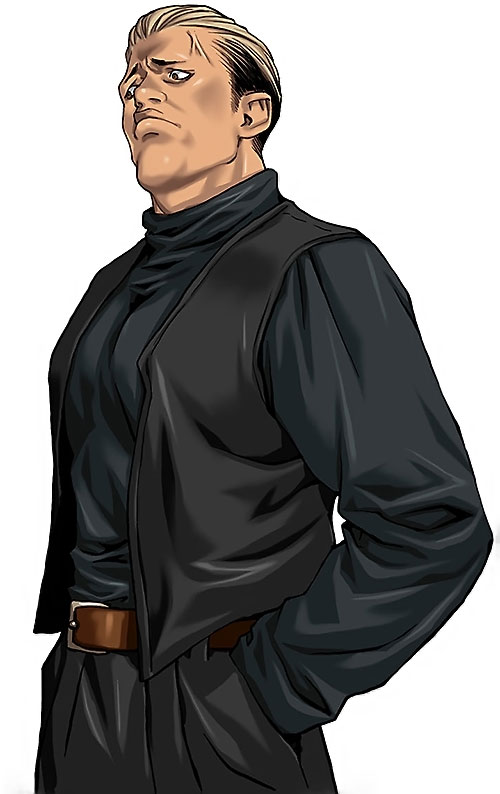 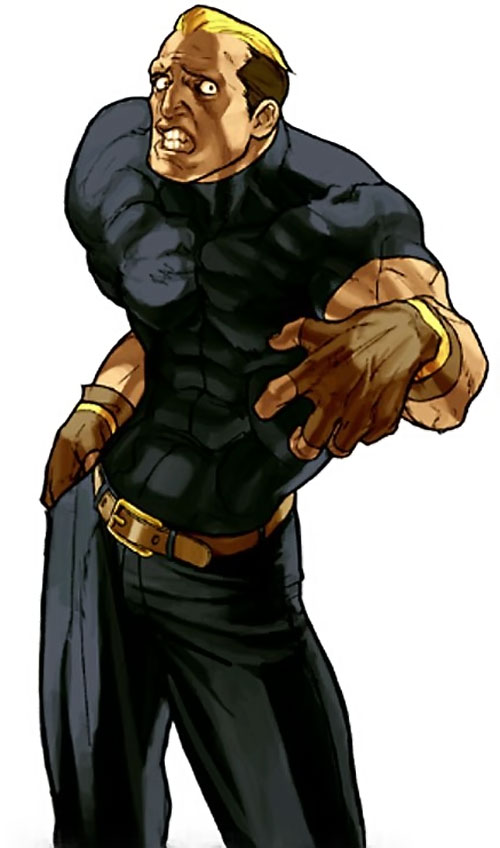