Sabra has an extremely hard, super-dense body gifted with superhuman strength, durability and speed. Gunfire will not penetrate her skin, she can lift a tank and she can outrun some types of car, having been clocked running at 80 mph. She recovers from physical trauma at least three times as fast as a normal human athlete, and has superhuman endurance.

She is also a highly-trained police officer, special forces soldier and Mossad  operative, with a very direct and fiery personality and great resolve. She is particularly gifted and well-trained in krav maga . She has excellent access to the extensive Mossad files, and knows the secret identity and personal history of a surprising number of superhumans.

This cape now looks like a normal super-hero cape – but Sabra still needs it to fly.

Her bracers include a system projecting quills that disrupt and incapacitate opponents. A normal human hit by such a projectile will usually be down for the count for two hours. This weapon system has proven able to slow down and weaken even the She-Hulk for some time, and has been known to have some minor effects on the Hulk himself.

Sabra’s usual tactic is to keep her distance while flying and strafe her opponents with quills until they drop. But she also feels perfectly at ease mixing it up up close and personal.

Sabra’s super-human powers surfaced in pre-adolescence, and it was later established that she was a mutant. After her powers surfaced, she and her parents were taken to a special kibbutz (living community) by the Israeli government where her powers were studied and nurtured.

She was the first graduate of the government-backed, Israeli “super-agent” program. As such she was officially appointed to protect the state of Israel. As a cover for her activities, she works as a police officer.

Sabra’s earliest known appearance was when the Hulk accidentally ended up in the Tel Aviv harbour. She encountered him as a policewoman, but when she called for backup it was the Army who came, as they expected the Hulk to only understand brute force.

As she was about to change into her other uniform, Sabra was stuck under a huge pile of bales and emerged too late to confront the Hulk.

She eventually found him a few hours later, however. The Hulk had befriended a kid but was caught in a terrorist attack. The kid was fatally wounded by the bomb blast. 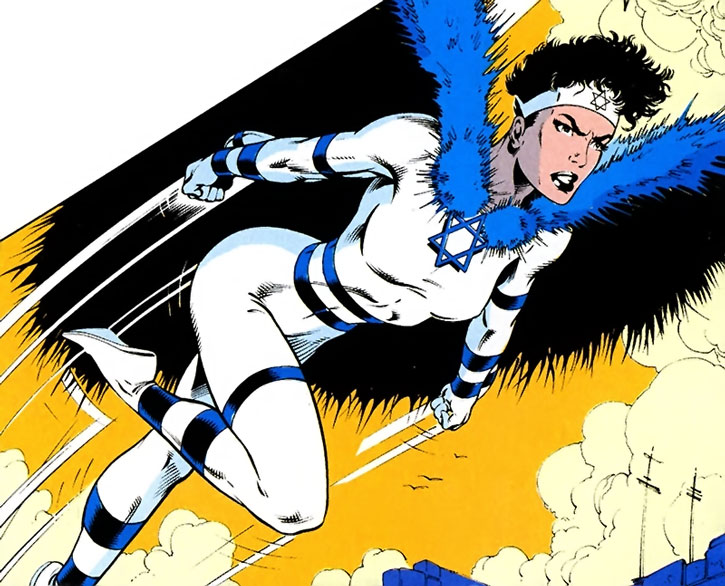 Hearing the blast, Sabra swooped in and saw the Hulk amidst terrorists and near the kid’s corpse. Although her barrage of fire easily took the terrorists down, it could only slow down the Hulk somewhat, and she was unable to prevent him from jumping away with the dying child.

She pursued him into the desert, accusing him of murdering the kid, but the Hulk angrily protested his innocence and lamented the death of the kid. Sabra let him jump away.

Sabra was next seen as part of the worldwide heroes who were assembled as part of the Contest of Champions. She fought Captain Britain and the She-Hulk, and her team eventually won.

Some months later, Bat-Seraph’s son Jacob was killed by Palestinian terrorists who ambushed a school bus full of Israeli children. Despite the government’s admonition not to intervene, she defiantly headed to Bethlehem, where she apparently arrested the terrorists.

After thwarting an attack on the family of the Draburg ambassador in Jerusalem, Sabra, Israel’s top agent, was assigned the task of protecting them. This first attack had been carried out by Achilles of the Pantheon ; his intent had been to kill Ambassador Meer’s 13-year old son, Max.

Delphi, one of Achille’s teammates, had seen a vision that Max Meers would become the next Hitler. He would marshal his homeland of Draburg into one of the most devastating war machines on Earth. He would do this through a mutant power of mind control. The Pantheon planned to avert this disaster in the making by killing Meers before he could rise to power.

After this failed attempt, Bruce Banner, the Incredible Hulk, was sent to Israel to bring both Achilles and the boy back to Pantheon headquarters. Banner was accompanied on this mission by his long time side-kick, Rick Jones.

They were told that Achilles’s original mission had been a similar one: to convince the boy’s parents that the best place for their son was with Pantheon and that in attempting to kill the boy he had turned rogue.

Banner found Achilles in pursuit of the Meers boy and his friend Gretta Rabin. He started to follow them through the street of old Jerusalem. The four were spotted by Sabra who was flying overhead looking for Meers. She did not recognize the Hulk because he was wearing a long hooded robe, but engaged him in combat because he was the largest and closest target to her.

When she realized she was battling the Hulk, she stepped up her attack. That was in part because SHIELD had circulated word that Hulk was now more dangerous than ever.

Banner’s friend and psychologist, Leonard Samson, had informed Nick Fury of the Hulk’s capture by Pantheon. Fury, aware of Pantheon’s activities and realizing their intent was probably to recruit the Hulk as an operative, had alerted law enforcement agencies world-wide of the danger.

Sabra fired three energy quills at Banner, one of which entered his open mouth and struck his larynx. This paralyzed it, rendering him speechless. Unable to communicate, Banner engaged in a protracted battle with Sabra, which took them through the streets and walls of old Jerusalem, culminating at the Wailing Wall.

Stripped of her cape, out of quills, and facing a physically superior foe, Sabra was prepared to make her final stand before the Wall.

As she waited for the Hulk’s final attack, she delivered a speech which affirmed her nation’s and her personal courage and determination. At this time, the effects of the quill which had paralyzed his larynx wore off. Banner, realizing further violence would be pointless, and wanting to shut Sabra up so he could get a word in, surrendered.

Banner and Sabra reached an understanding and joined forces tracking down Achilles. They saved Max Meers from falling to his death. While Hulk and Sabra were distracted by Achilles’s explanation of why he tried to kill the boy, which included a recounting of his experience at the German concentration camp Dachau, Meers was trampled by an angry mob.

This mob, which was chasing Rick Jones, was being mind controled and had been sent by Meers to kill Achilles. After the accident, the boy was taken to Jerusalem Hospital, but the prognosis was that he would remain a vegetable for the rest of his life.

Agamemnon lied to Banner on this point, telling him the boy was fine. He had also lied about Achilles’s instructions, which had been to kill the boy from the start.

No one yet realized that Meers never actually had mind control powers, but rather was the vehicle through which Gretta Rabin siphoned her own will-dominating abilities. It would be Gretta, working behind the scenes, who would cause Max Meers’s rise to power foreseen by Delphi.

Any further investigation by the Israeli authorities into this series of incidents, and how they have chosen to deal with Sabra’s failure to protect the Meers boy, have not been revealed.

After some further adventures, including being mind-controlled by a mystery villain to fight the New Warriors, Sabra was revealed to be a member of the mutant underground established worldwide by Professor X. He had even offered her the opportunity to become an active member of one of his mutant groups, such as Excalibur – but Sabra’s primary loyalty rested with Israel.

Still, she was instrumental in helping in the struggle against the American anti-mutant Operation Zero Tolerance. Bat-Seraph greatly disapproved of it and the attempts made to have Israel walk in lockstep with this program.

During those months, Sabra provided Excalibur with top-secret Mossad data that helped them locate the abducted Professor X. She even came to America in order to fight Operation Zero Tolerance after they assaulted her in Israel for providing help to mutants, siding with the X-Man Iceman and his associates Marrow and Cecilia Reyes.

She was thus present for the fall and arrest of Bastion, head of Operation Zero Tolerance.

Sabra also tracked down and nearly executed Joseph, a clone of Magneto, thinking he was the real deal. Fellow X-Man Maggott convinced her he wasn’t though, and she let him live.

The last illustration is from her earliest appearance, back when her hair still looked like some kind of afro. Since her hair in her civilian ID didn’t look like that, it was probably a wig intended to house the circuitry that is now entirely built in the headband.

Sabra is an extremely serious woman, highly driven and extremely direct – even brusque and arrogant. She fiercely supports both Jewish and mutant rights, and will never hesitate to open a can of righteous arse-kicking to support either cause or defend the innocents.

She is a cop in both of her identities, but not a traditional one. She is closer to the archetype of the maverick, butt-kicking cop from American cinema. She also has the typical brand of pre-Intifada Israeli nationalism.

Sabra is also very, very proud – and when she starts talking about her pride or her national pride, she’s both very articulate and pretty much impossible to shut up. Her English tends to be exact, with precise grammar and a feel oscillating between Zionist propaganda and the military.

Much of Sabra’s brash, brusque attitude and aggressiveness in combat comes from the trauma caused by the death of her son Jacob. She’s been devastated and empty since, devoid of hopes and dreams – except for her core beliefs and her job, on both of which she tends to focus with uncommon intensity.

“To think ! To think I celebrated the day you got amnesty ! To think that I actually told the world you taught me about humanity ! And what happened barely a month later ? My superiors called me in their office and showed me news footage. News footage that my bosses rubbed my nose in. News footage of you, Hulk. You, on a rampage ! The ’man’ I thanked, now a mindless, destructive monster again ! When I spoke out for you, I spoke on behalf of Israel ! You humiliated my COUNTRY ! You humiliated ME ! Eat THIS, you pig !” (BOOM !)

“None of my business ? If it concerns my people, little girl, I make it my business.”

“It is clear to me, at least, that Magneto has become the monster he claims to despise. There are some factions who believe this rumoured son of Israel has brought much shame to his countrymen. Factions who believe he should be dealt with once and for all. Okay, maybe not factions. But certainly individuals. Like me.”

“I should probably let it be known up front that I am not renowned for my sense of humor.”

“I lost my own son to conflict. I will not see it happen to another.”

Drawbacks:
SIA toward pride and speaking her mind, Secret ID.

Helper(s): Jackson and Roy Cowan. Some history based on the TSR Gamer’s handbook to the MU. 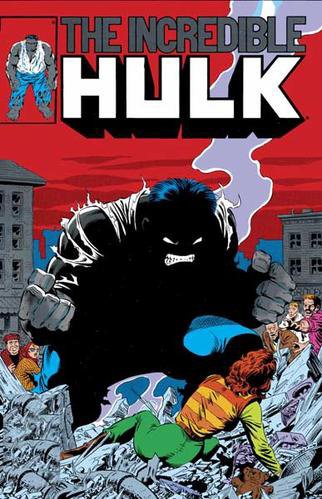 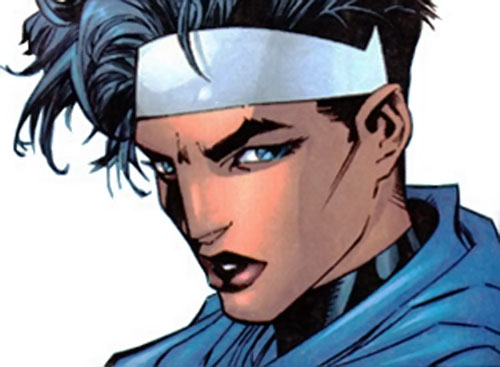 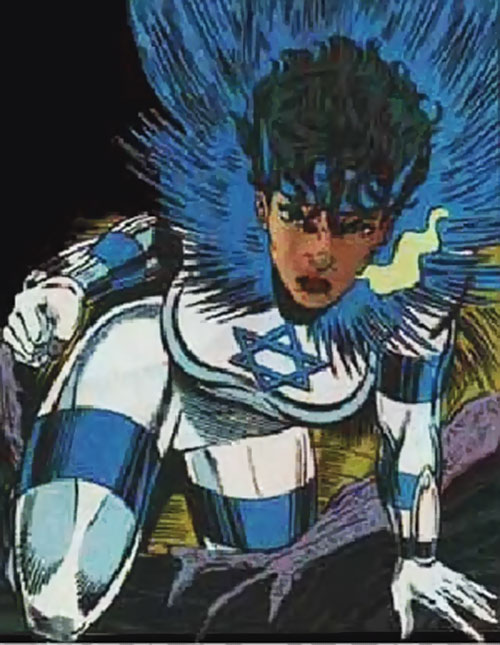