Mr. Simms is an obscure, early Marvel Comics character. He appeared for but a few pages in the third issue of Daredevil, in 1964.

But he’s useful to have for street-level stories set during the 1960s.

And as with most sidenote characters who haven’t been seen in decades, it can be interesting to ponder what he’s been up to.

“Sad” Sam Simms has been called “the best gunman in the East”. He’s an expert with handguns and fast draws.

His weapon isn’t clearly seen, but it’s presumably a .38 revolver. Something like a S&W Model 15  in .38 special would make sense.

One assumes that he’s an experienced criminal. 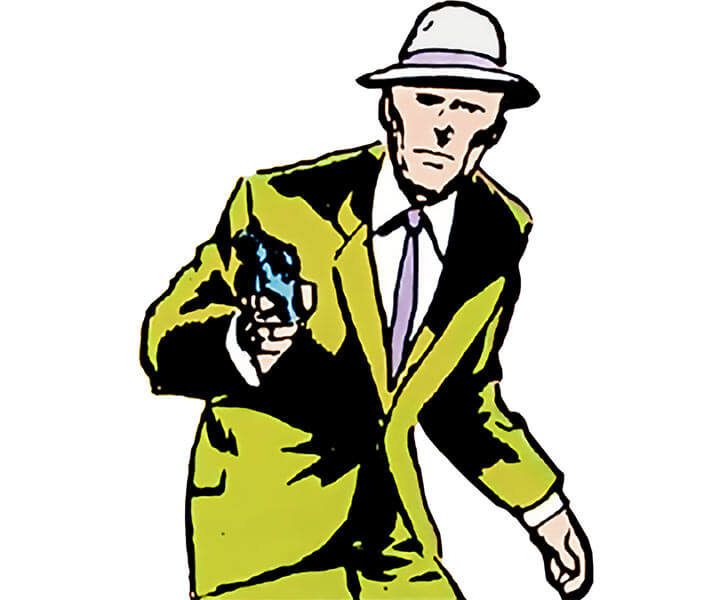 Simms was once hired by the Owl (Leland Owlsley), early during the latter’s criminal career. He and “Ape” Horgon had been shortlisted to become Owlsley’s right-hand men.

To verify their skills, the Owl had Sad Sam engage him in a duel, using flintlock pistols loaded with wax bullets. Sam shot his round into the Owl’s pistol’s barrel, preventing him from firing.

When the Owl first ran into Daredevil (Matt Murdock), Sad Sam and Ape were at his side. However, Daredevil parried Sad Sam’s shots, and used a ricochet to disarm him.

Later on, the Owl sent his two underlings to summon underworld representatives. But when they returned, the Owl had been defeated by Daredevil.

The place was crawling with cops, who arrested all mobsters present. Possibly including the Owl’s pet owl. 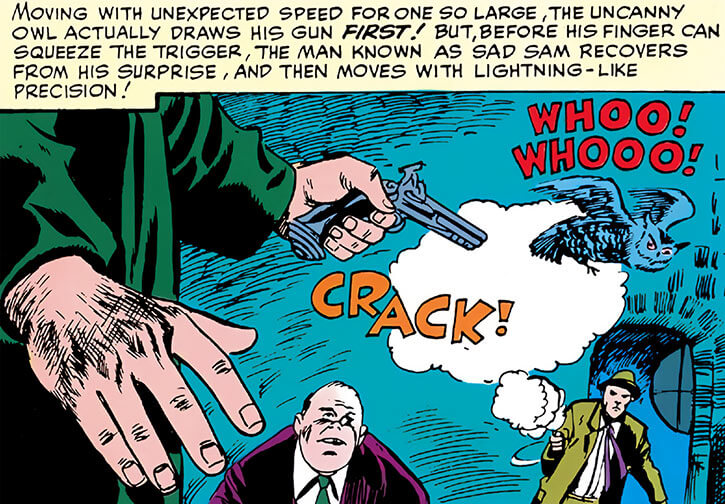 He could have been an obscure, early hireling of Hugo Strange.

Perhaps he trained with Deadshot (Floyd Lawton) for a while.

Some of the stats are stock mobster ones, which he logically has.

Since his colleague Ape proved that he was a bit higher than the stock stats for his archetype, I also slightly highballed Sad Sam’s accuracy.

The high Accuracy APs model his in-story precision. Many stories treat attacks against weapons as being easier than in the DCH rulesbook, so this sort of patch bridges the distance.